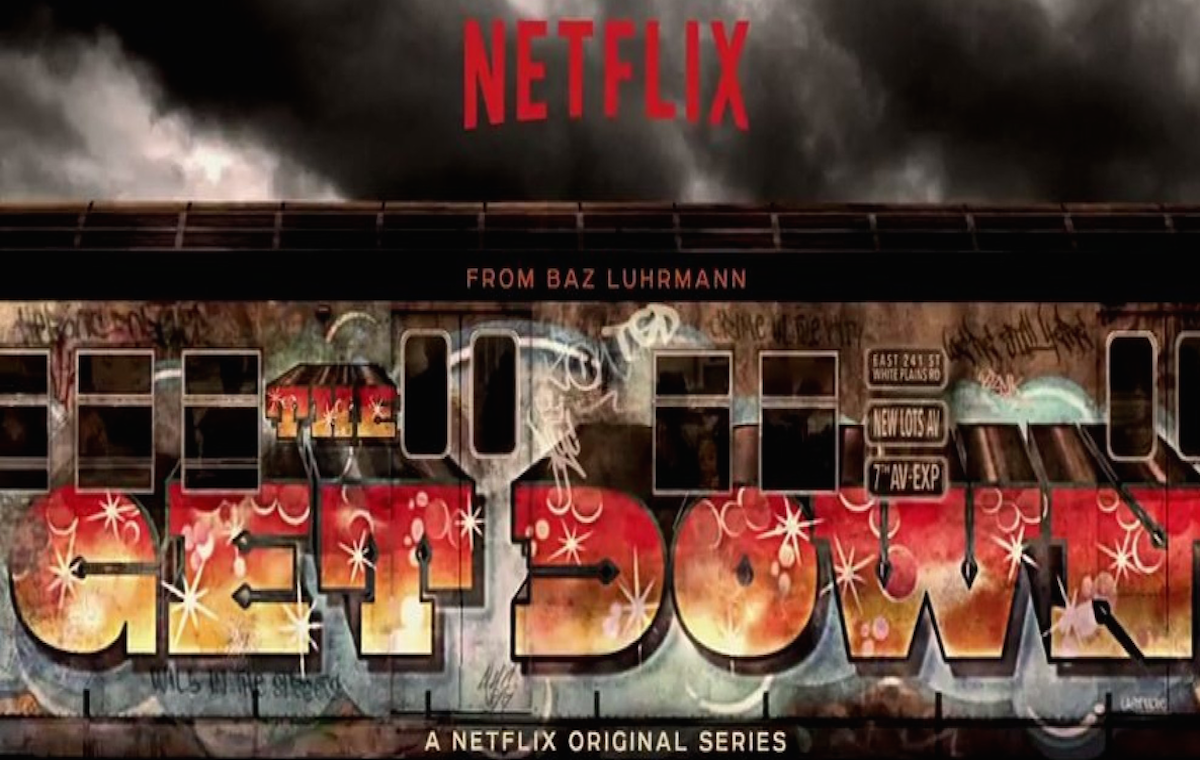 A LatinoRebels.com review by Daniel Rivera

Netflix seems to be front and center when it comes to major announcements in the entertainment industry, and we are only in the middle of the first week of 2016. Earlier this week the content streaming giant released its plans for an updated series on the iconic 1980s cartoon Voltron (Lion Force Voltron, a.k.a. Voltron of the Far Universe). Any child of that decade, especially those who grew up in urban areas, were thrilled to learn of this news.

Keeping with the theme of urban living in past decades, Netflix followed up this news with the release of a much-anticipated trailer. No, it is not that of the second season of Marvel’s Daredevil (which Netflix released on Thursday). But it was that of another urban drama set far north of Matt Murdock’s Hell’s Kitchen.

Bingers got a small fix in the form of the long-awaited trailer for The Get Down produced by Baz Luhrmann (Romeo & Juliet and Moulin Rouge). From the looks of the two-minute and 58-second clip, it appears that Luhrmann’s passion project may be true to the era of the 1970s South Bronx. However, this series is not his first foray into using a particular era of New York City history as a backdrop. Who could forget his take on F. Scott Fitzgerald’s classic The Great Gatsby back in 2013. Not only did it have more than its share of historical inaccuracies, it had upscale marketing and wound up being Luhrmann’s highest grossing film to date.

The Get Down is far from a posh story.