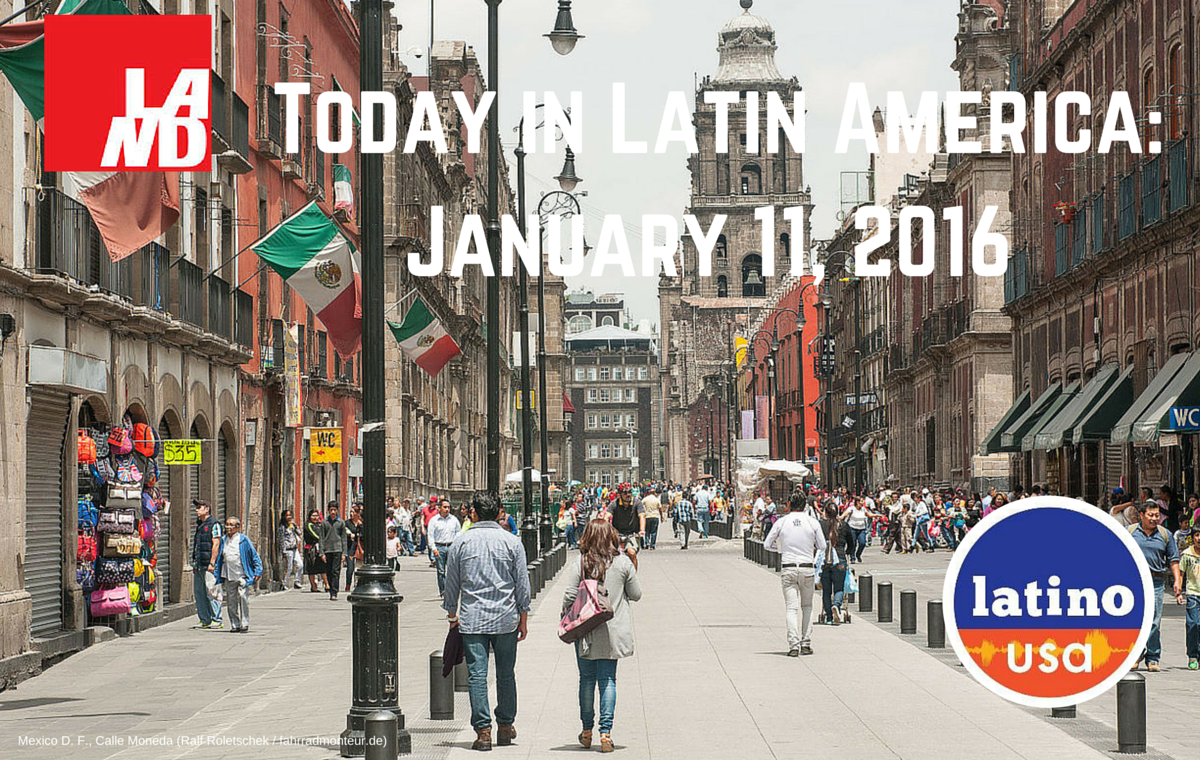 Top Story – The office of Mexico’s attorney general announced on Sunday that it has launched extradition proceedings against recaptured drug kingpin Joaquín “El Chapo” Guzmán, but the Sinaloa Cartel leader is sure to battle his transfer to the United States, where he is far less likely to escape from prison for a third time.

Guzmán was recaptured on Friday during a raid in his home state of Sinaloa, six months after his escape from a maximum-security prison —his second in 14 years— dealt a blow to the administration of Mexican President Enrique Peña Nieto.

Mexico resisted several calls for extradition made by the United States prior to Guzmán’s prison escape in July. One year ago, in January 2015, then-Attorney General Jesús Murillo Karam openly mocked the possibility of Guzmán serving time in a U.S. prison.

“El Chapo must stay here to complete his sentence, and then I will extradite him,” Murillo said. “So about 300 or 400 years later — it will be a while.”

However, Mexican authorities have softened their attitudes toward extradition in recent months, in part due to criticism faced over Guzmán’s escape. In September, Mexico extradited 13 people to the United States, a move described by The Associated Press as a new bilateral effort to fight organized crime.

Guzmán’s attempt to spearhead the production of a movie about his life offered a substantial lead as to his whereabouts, the attorney general said during a Friday press conference. On Saturday, Rolling Stone published a lengthy article by Hollywood actor Sean Penn about a secret meeting with Guzmán in October brokered by Mexican actress Kate del Castillo. Penn’s article has come under criticism for its florid prose and for Rolling Stone’s decision to give Guzmán editorial control over the published piece.

20 people died when a bus carrying 45 members of a soccer team fell off of a bridge and fell into a deep gorge near Córdoba, Mexico on Sunday.

Mexico’s peso weakened to a record low of 18.01 to the dollar on Sunday, having dropped nearly 17 percent in 2015, amid economic uncertainty worsened by a decline in oil prices.

Protesters heckled Republican presidential candidate Marco Rubio over his immigration platform during his speech at a forum on poverty, with many shouting that the Florida Senator fails to represent the Hispanic community.

Virginia Governor Terry McAuliffe’s trade mission to Cuba last week was largely a diplomatic success, according to The Washington Post, except for McAuliffe’s decision to metaphorically describe Virginia Commonwealth University’s move to create exchange programs with the University of Havana as “[putting] our flag down here in Cuba,” phrasing that smacks of imperialism in an island where concerns over sovereignty predominate.

Former El Salvador defense minister José Guillermo García-Merino was deported from the United States for his role in human rights abuses, including numerous acts of torture and extrajudicial killings, during El Salvador’s civil war between 1979 and 1983.

Six drug traffickers in Guatemala convicted of killing a busload of foreigners and setting them on fire in 2008 were sentenced to prison terms of up to 828 years after a trial on Friday.

In Panama, authorities are arguing the consortium responsible for the main canal expansion project defrauded the government by demanding some $3.5 billion in recuperation for alleged cost overruns.

Colombia’s ELN rebels have called on the government to turn over the remains of Camilo Torres, the Roman Catholic priest who became a martyr for the rebels when he took up arms with the ELN and was killed in his first battle with government forces in 1965.

Bolivia and Peru signed an agreement Friday that pledges $500 million to clean up Lake Titicaca, which sits on the two countries’ border and has been polluted by the urban and agricultural development occurring along its coasts.

A protest in São Paulo, Brazil, against the rising costs of public transportation turned violent on Friday when protesters clashed with police. Inflation has hit its highest levels in 13 years as Brazil faces the worst recession the country has seen in more than 25 years.

Meanwhile, the AP reports that embattled Brazilian President Dilma Rousseff — facing a corruption scandal, the tanking economy, impeachment proceedings in Congress and rock-bottom approval ratings — has spent this month focused on devising a plan to help the country recover from its economic crisis, which has been largely fueled by plummeting commodity prices.

In Argentina, a police manhunt broadcast on live television has gripped the nation and caused embarrassment to authorities, who have only captured one of the three fugitive escapees from a maximum-security prison.