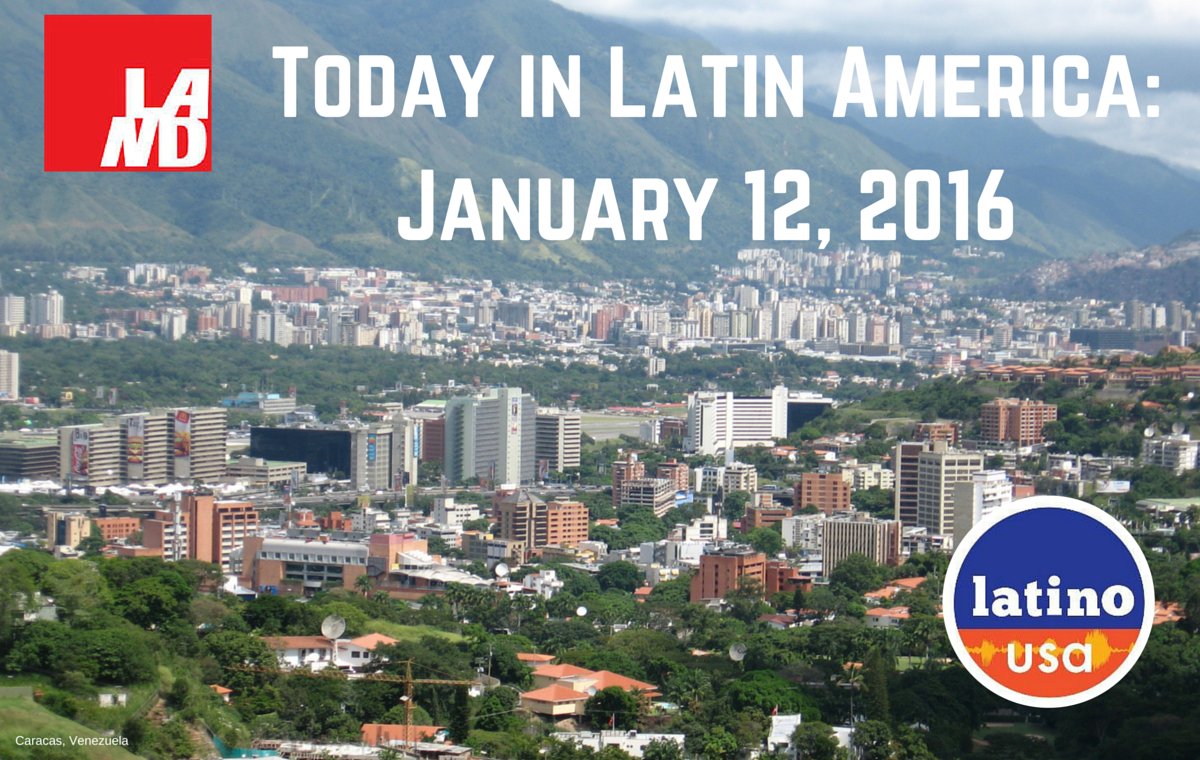 Top Story — Venezuela’s Supreme Court has ruled that “decisions taken or to be taken” by the opposition-led National Assembly are void until three opposition members who were previously barred are removed from office. The court banned four legislators in December —one from President Nicolás Maduro’s socialist party and three from the opposition coalition— as they investigated reports of vote buying.

In defiance of the ban, opposition leaders swore the lawmakers into office on Jan. 6, rejecting what they say is an attempt to remove the super-majority gained in legislative elections held on Dec. 6. The government responded to those elections by nominating 13 new justices to the Supreme Court, furthering opposition claims that the court has been a tool for authoritarian rule.

The decision to rule the legislature as effectively powerless comes a day before key legislative actions were expected from both sides of Venezuela’s increasingly divided political system. Opposition members were planning to introduce a law to provide amnesty to jailed political allies and like-minded activists, while government lawmakers planned to declare a national emergency over the country’s deepening recession — a crisis that has left Venezuela with what experts estimate is the world’s highest rate of inflation.

Speaking on local radio Monday, an official from Mexico’s Attorney General’s Office said the extradition of Joaquín “El Chapo” Guzmán to the United States will take at least a year. U.S. prosecutors from seven different jurisdictions are already jockeying for the chance to try Guzmán, according to the Los Angeles Times. Mexico’s attorney general, meanwhile, said that Sean Penn’s clandestine interview with Guzmán was “essential” to tracking the fugitive down. Mexican authorities have released raw footage of the fierce gun battle that took place during the military assault on Guzmán’s compound that ultimately led to his capture.

Lack of cooperation between U.S. and Mexican officials has hindered efforts to curb illegal arms trafficking across the U.S.-Mexico border, according to a federal report from U.S. watchdog organization the Government Accountability Office.

Presidential candidate Hillary Clinton has called on the Obama administration to end the immigration raids in homes of Central American families in the United States and to provide attorneys for all unaccompanied minors who arrive at the U.S.-Mexico border.

Unilever agreed to build a $35 million soap and toothpaste factory in Cuba, due to open in a special development zone in 2018, in a move that will mark the global consumer product company’s return to the island after a 2012 dispute over who would have the majority stake in the company.

Thanks to a renegotiation of Puerto Rico’s debt to French oil company Total, Puerto Rico was able to keep its ambulances, patrol cars, fire trucks and other crucial public vehicles on the road after the island was almost unable to pay for the vehicles’ gas.

Haiti’s ceremony to welcome newly elected lawmakers did not go according to tradition Monday, as political parties came under heavy criticism for moving forward with the process given the country’s unresolved election controversies. Normally, Haitian President Michel Martelly would have given his final speech before both chambers of Congress, but he was denied the opportunity.

El Salvador issued a national alert Monday against a mosquito that carries the tropical diseases dengue, chikungunya and Zika, in an effort to control human transmission and infection.

The retrial of former Guatemalan dictator Efraín Ríos Montt for genocide and crimes against humanity has been yet again postponed so that the court can resolve outstanding legal petitions, according to a judge’s Monday announcement.

Indigenous authorities of the Rama-Kriol Territorial Government in Nicaragua issued a public complaint that they were pressured to sign a document that would allow for the construction of the country’s planned interoceanic canal on their territory.

Panama’s success as the fastest-growing economy in the Americas, thanks in part to the expanded Panama Canal project, “has come at a price,” according to Bloomberg View, which warns that if the country does not resolve ongoing issues of bribery and corruption, economic growth may be fleeting.

A Spanish galleon wrecked off the coast of Colombia and discovered in November did not go down in combat, according to historical research. Whatever its fate, the ship is due to be the subject of a debate between a Seattle-based treasure hunting group and the Colombian government, who both claim the rights to what could be billions of dollars in gold and silver within the wreck.

South America’s second-largest hydroelectric power plant is back online after a Colombian court reversed an earlier order that shut down the El Quimbo dam the Huila department on environmental grounds.

In the latest phase of the investigation into corruption surrounding the Brazilian state oil firm Petrobras, authorities there announced Monday they are investigating 13 local and foreign banks for any irregularities involving dealings with an engineering firm linked to Petrobras

As Brazil’s annual Carnival celebrations approach, the Financial Times reports that many towns and cities have cut back on the typically lavish preparations for the event amid a historic recession.

Argentine authorities arrested the remaining two of three notorious criminals Monday after the trio escaped on Dec. 27 from prison in a breakout that highlighted for many the growing influence of drug gangs in the country.