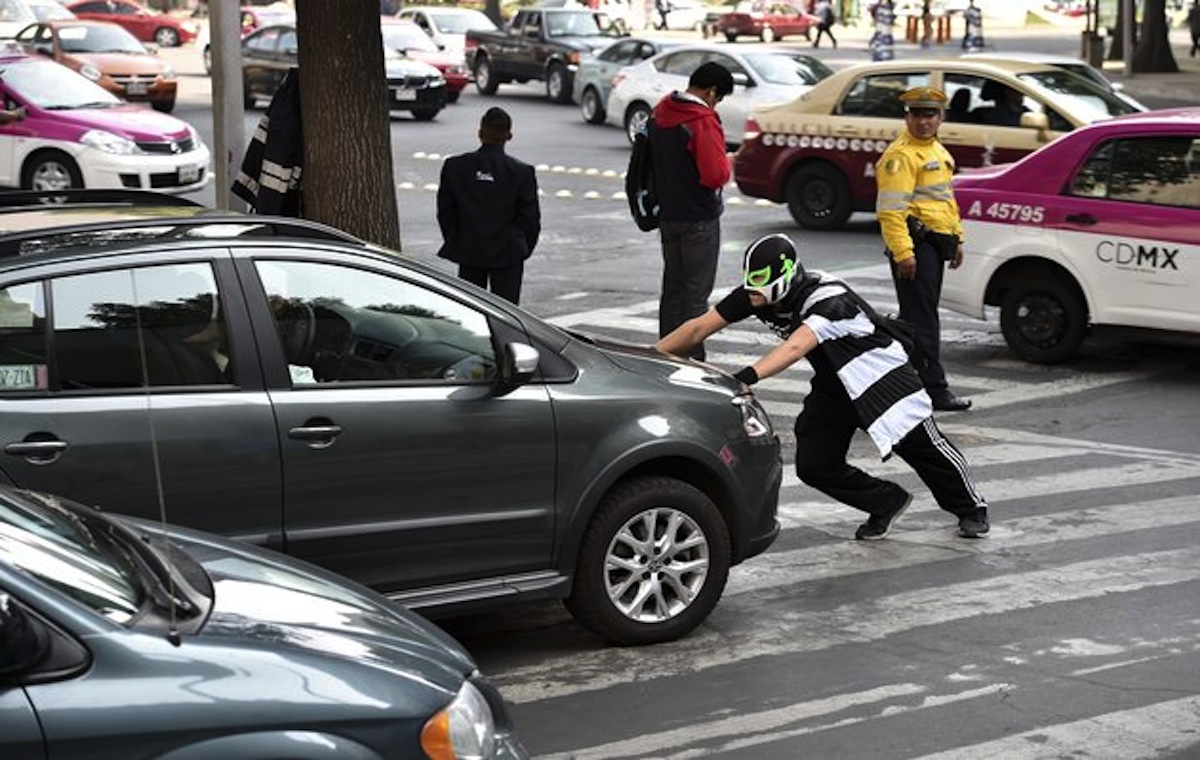 Mexico City has a lot of things going for it, but it’s not a great place to walk. It has one of the highest pedestrian fatality rates in the world: there were approximately 1,000 pedestrian deaths in 2014, compared to 132 in New York City and 64 in London. (Each city has a population around 8.5 million.)

But Mexico City residents have a secret weapon: 29-year-old civil servant Jorge Cañez, who moonlights as Peatónito, a lucha libre defender of pedestrian rights. (Pedestrians are peatones in Spanish.)

Cañez told The Huffington Post that he started out as an activist both at the Instituto Tecnológico Autónomo de México, where he studied, and the state government’s Institute for Transportation Policy (ITDP). A lifelong urban planning wonk and avid cyclist, he was part of a group of guerrilla pedestrian activists during his last semester at the Institute in 2009.