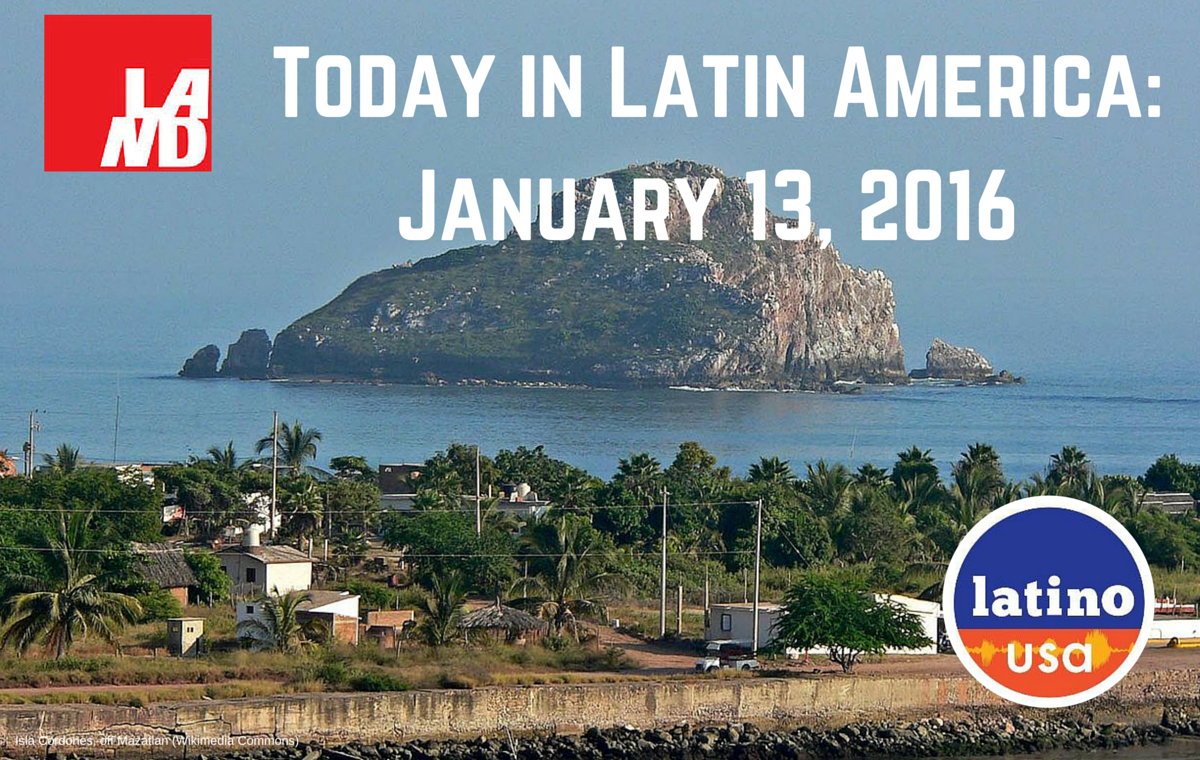 Top Story — The United States and Mexico inaugurated a joint inspection program on Tuesday that, for the first time in history, will allow armed U.S. customs officials to work on Mexican soil.

The program, which aims to reduce congestion at the border, was made possible after Mexican legislators in April overturned a long-standing ban on foreign officials being armed while working in the country. That bill was supported by President Enrique Peña Nieto, despite his insistence during his campaign he would not allow it.

The move is the latest sign of increased cooperation between two countries with historically tense security relations. It follows Mexico’s announcement on Sunday that it plans to extradite recaptured drug lord Joaquín “El Chapo” Guzmán to the United States, reversing past resistance to U.S. calls for Guzmán’s extradition.

The program will see Mexican and U.S. officials working together in Tijuana and San Diego, aiming to prevent the inspection of cargo shipments on both sides of the border.

Inspections in Mexico will be initially restricted to agricultural products, but U.S. authorities plan to expand the program to include inspections in San Jerónimo, in the Mexican state of Chihuahua, for trucks carrying computers.

One expert speaking to The Associated Press referred to the program as “joint border management in its early stages.” It follows the opening in December of a pedestrian bridge connecting Tijuana and San Diego, which also aims to expedite border-crossing times.

Mexican public opinion has long been strictly opposed to the presence of openly armed U.S. agents on its soil. In 2014, the Wall Street Journal reported that U.S. agents regularly participated in armed raids against suspected drug traffickers in Mexico, concealing their identities by wearing Mexican military and police uniforms.

The police killing of 16-year-old Roberto de Souza Penha and his four friends in Rio de Janeiro sparked large protests against police violence and racism. Jessica Diaz-Hurtado reports on the deaths of the five black boys and the anti-racist protest movement that has sprung up in the aftermath.

The family of recaptured Sinaloa Cartel drug kingpin Joaquín “El Chapo” Guzmán unsuccessfully attempted to trademark his name with the Mexican government with the purposes of branding a wide range of consumer goods in 2011.

Meanwhile, in an attempt to prevent a third escape, the Mexican government has announced that they have increased the security for Guzmán’s” prison cell, by reinforcing the floor and posting a guard permanently outside of his cell as well as stationing a team of armed vehicles and tanks outside the prison gates.

Finally, a White House national security advisor said that actor Sean Penn was not working for the U.S. government when he interviewed Guzmán.

An appeals court ruling in Mexico may jeopardize the case against 22 police officers who are accused of killing four people the night 43 students disappeared in Guerrero state, in turn threatening efforts to prosecute suspects in the country’s most devastating crime in recent years.

U.S. Senator Marco Rubio proposed a bill Tuesday that would eliminate automatic federal benefits for Cuban immigrants, a unique privilege they currently enjoy under a decades-old policy, and instead require Cubans to prove they were persecuted in order to qualify for public assistance.

Puerto Rico’s creditors are already discussing amongst themselves options for a restructuring of the U.S. territory’s debt, which Reuters suggests is a possible signal they will resist a so-called “superbond,” a type of alternative payment.

The Peace Corps announced that it is temporarily suspending its program in El Salvador because it believes the country is too dangerous for volunteers, a position the Huffington Post argues is at odds with the U.S. government’s continued deportation of migrants to the country.

The first 180 of 8,000 stranded Cuban migrants flew on Tuesday night from Costa Rica to Mexico, an effort to skirt Nicaragua’s refusal to let the migrants pass through its territory en route to the United States.

Officials in Guatemala have arrested the head of the national soccer confederation in relation with an international investigation into corruption at the global football body FIFA.

Venezuelan First Lady and legislator Cilia Flores has broken her silence regarding the arrests of two of her nephews by U.S. Drug Enforcement officials in Haiti, calling the arrests a kidnapping and a violation of sovereignty.

The opposition-led Venezuelan National Assembly failed to reach a quorum following the ruling by the Supreme Court that all actions taken by the body would be invalid, a sign pro-government legislators say indicates fracture within the opposition bloc.

Brazilian scientists report that the mosquito-borne Zika virus, believed to be the source of thousands of new cases of infant brain damage in the country, has worsened as the summer season reaches its zenith.

Brazil-based mining company Vale, the world’s largest iron ore producer, announced that it will take out $3 billion in credit to pay its debts this quarter, which analysts are taking as a sign of grave trouble at the firm.Brazilian legislators are considering a bill which would force Internet users to provide a range of personal information when accessing websites, effectively rolling back many of the provisions of a landmark digital freedom bill passed in 2014.

Argentine President Mauricio Macri has announced that representatives of his government will on Wednesday begin negotiations to resolve a long-standing dispute with foreign creditors, an effort to allow the country to access international financial markets for the first time since its 2001 default.