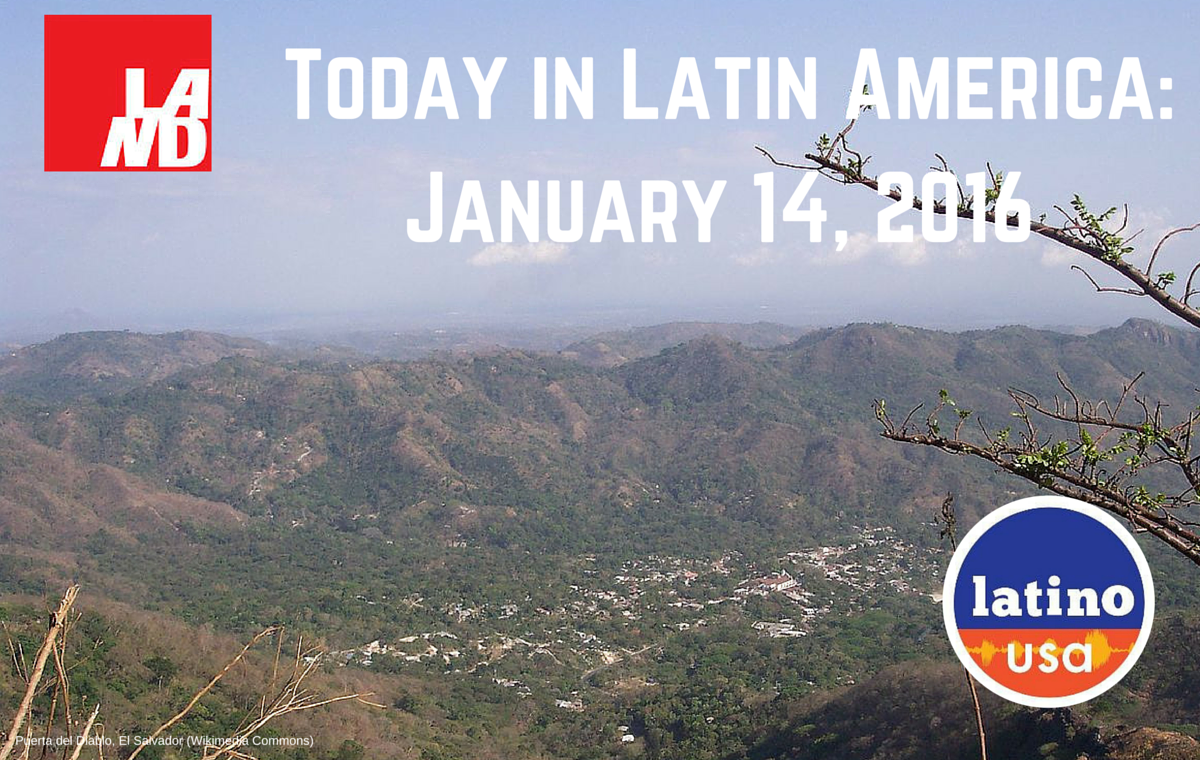 Top Story — U.S. Secretary of State John Kerry announced in an address to the National Defense University on Wednesday that the country will expand the number of Central American refugees it admits into the country with the help of the United Nations and other non-governmental organizations.

The announcement of the new refugee policy is in response to the large waves of migration of mostly women and children fleeing violence in the region’s northern triangle countries of Guatemala, El Salvador and Honduras. Kerry’s address comes amid a highly controversial crackdown on Central American immigrants, in which refugees denied asylum were rounded up and deported over the holiday period — a move an anonymous administration official indicated will continue, according to the BBC.

According to information released by U.S. Customs and Border Patrol, the number of unaccompanied children apprehended by agents in the last three months of 2015 had increased by nearly 10,000 in comparison to 2104 (from 7,987 to 17,370). In that same time period, family apprehensions increased over 14,000 (from 7,468 to 21,469). The recent surge, following an equally large rise of unaccompanied minors over the summer of 2014, has led one analyst to conclude that the pattern will become permanent.

Children and families are fleeing the highest levels of violence in the region since periods of civil war. After a truce deteriorated between El Salvador’s two largest gangs, 2015 saw 6,600 people murdered, a 67 percent increase over 2014 and a rate of 104 murders for every 100,000 people — the highest in the world for a country not at war. The rates for Honduras and Guatemala were also high, with the two countries posting rates of 57 murders per 100,000 people and 36 homicides per 100,000 people, respectively.

Secretary Kerry stated that the program will task NGO and U.N. aid workers with identifying people in need of asylum in their home countries, including those without relatives already living in the United States, differing from the previously implemented direct action program for minors already living in the country.

Headlines from the Western Hempishere

Mexico announced a plan on Wednesday to issue transit visas on humanitarian grounds to 180 Cubans who flew to the country from Costa Rica on their way to the United States after being denied ground passage through Nicaragua.

A lawyer for Mexican kingpin Joaquin “El Chapo” Guzmán told Reuters on Wednesday that Hollywood actor Sean Penn was lying when he said that Guzmán told him that he was the world’s foremost drug trafficker in an allegedly unrecorded interview in October.

Text messages between Guzmán and the actress Kate del Castillo have been leaked to Mexican media, and The New York Times argues that, “The messages also arguably relay more about the personality of Mr. Guzmán than Mr. Penn’s 10,000-word article.”

The U.S. Supreme Court was divided on Wednesday over a case involving illegal firearms sales in Puerto Rico that could have wider implications for the island protectorate’s sovereignty.

As controversial comedian Jimmy Morales prepares today to take office as Guatemala’s president, The Associated Press looks at his political inexperience and the uncertainty that still surrounds his plans to address corruption and poverty in the country.

Two Columbia University students and one U.S. health-care professional were killed on Wednesday in a bus crash outside of Tegucigalpa on their way to the airport at the end of a volunteer health mission trip.

Three Venezuelan legislators from the opposition forfeited their seats Wednesday, yielding to an earlier Supreme Court ruling to have them barred from Congress. The move was intended to ease the political gridlock of the National Assembly after the opposition gained control of it in December.

Colombian drug lord Salomon Camacho “Papa Grande” received an eleven year U.S. prison sentence from a New Jersey court Wednesday after pleading guilty to cocaine trafficking charges, having transported as much as ten tons of the drug to the United States between 1999 and 2000.

Meanwhile, Peruvian drug kingpin Demetrio Chávez ended his 22-year prison term on Wednesday and said upon release that incarcerated former President Alberto Fujimori had collaborated with him in the cocaine trade.

Colombia’s FARC rebel group said Wednesday during reconvened peace negotiations with the government that the March 23 deadline for an accord may be unrealistic due to ambiguity about dealing with paramilitary groups.

Brazilian military police said in a televised news conference Wednesday that they have detained seventeen protesters from a demonstration of 3,000 people in Sao Paolo against bus fare hikes, which turned violent after a group tried to pass a police blockade.

Brazilian state-owned oil company Petrobras said in a statement Tuesday night that it has reduced its projected investments by 24 percent and production by 3.6 percent from targets announced earlier in 2015, a decision stemming from low oil prices and the company’ ongoing corruption scandal.

The Argentine government initiated financial negotiations with creditors in New York Wednesday, which the country’s finance minister said will likely result in better terms for Argentina’s $10 billion of defaulted debt.

Groundbreaking Chilean architect Alejandro Aravena received the highest accolade in the field, the 2016 Pritzker prize, for his novel social housing projects through Latin America, which drew upon the design ideas of low-income residents to create their own living spaces.