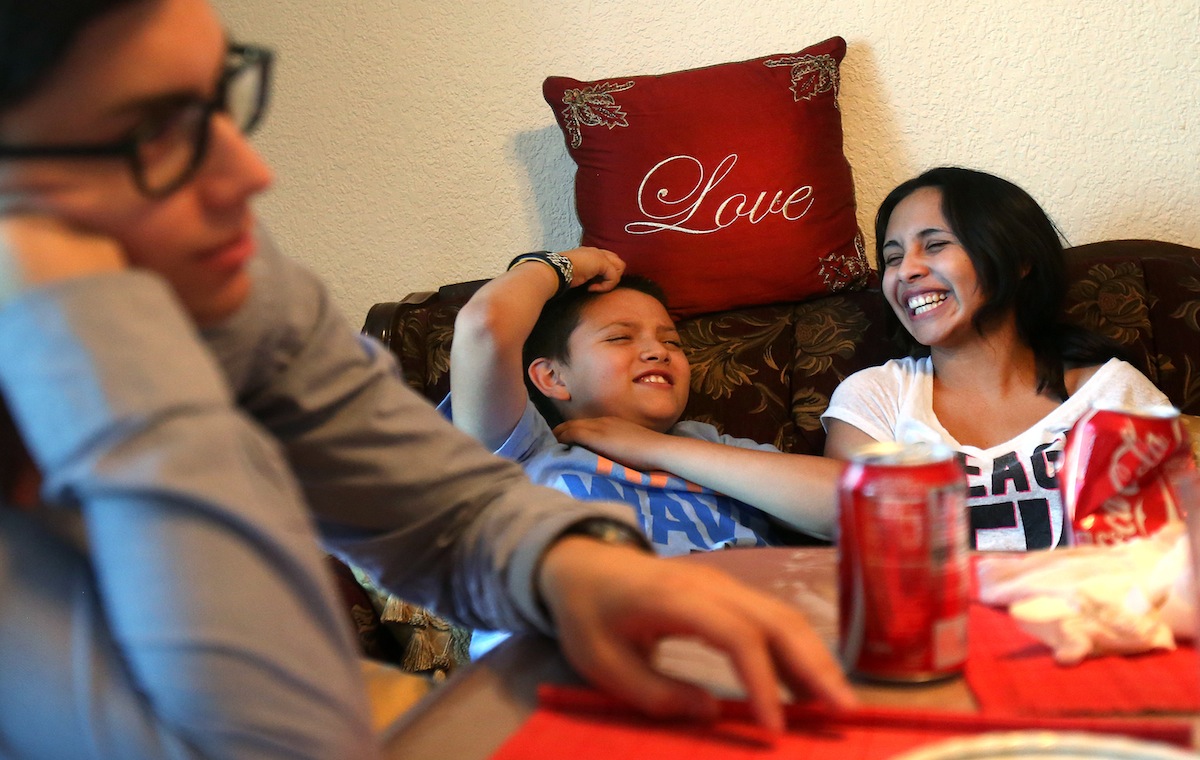 As immigration continues to be front and center, much of the conversation around this topic leaves out the more than four million U.S. citizen children who have at least one undocumented parent. Data show these children are at a disadvantage in education, health and economic opportunities. No matter what side of the immigration debates one takes, these are American citizens…the next generation of police officers, school teachers, doctors and army soldiers.

Jim, Bill, Naomi and Bobby de la Rosa are seeing how the unintended consequences of immigration policies affect their lives.

These siblings live in Tucson, Arizona. They are U.S. citizens and so is their father, but their mother lacks legal status in this country.

This story offers a glimpse into the challenges they face.

Featured image: Naomi and Bobby sleep on the same bed most nights, they are each other’s best friends. The siblings are the two youngest in a family of four American citizens affected by U.S. immigration policies. (Photo by Mike Christy / Arizona Daily Star)

View all of The Kids Are Not Alright

One thought on “American Siblings in a Family Divided by Law”