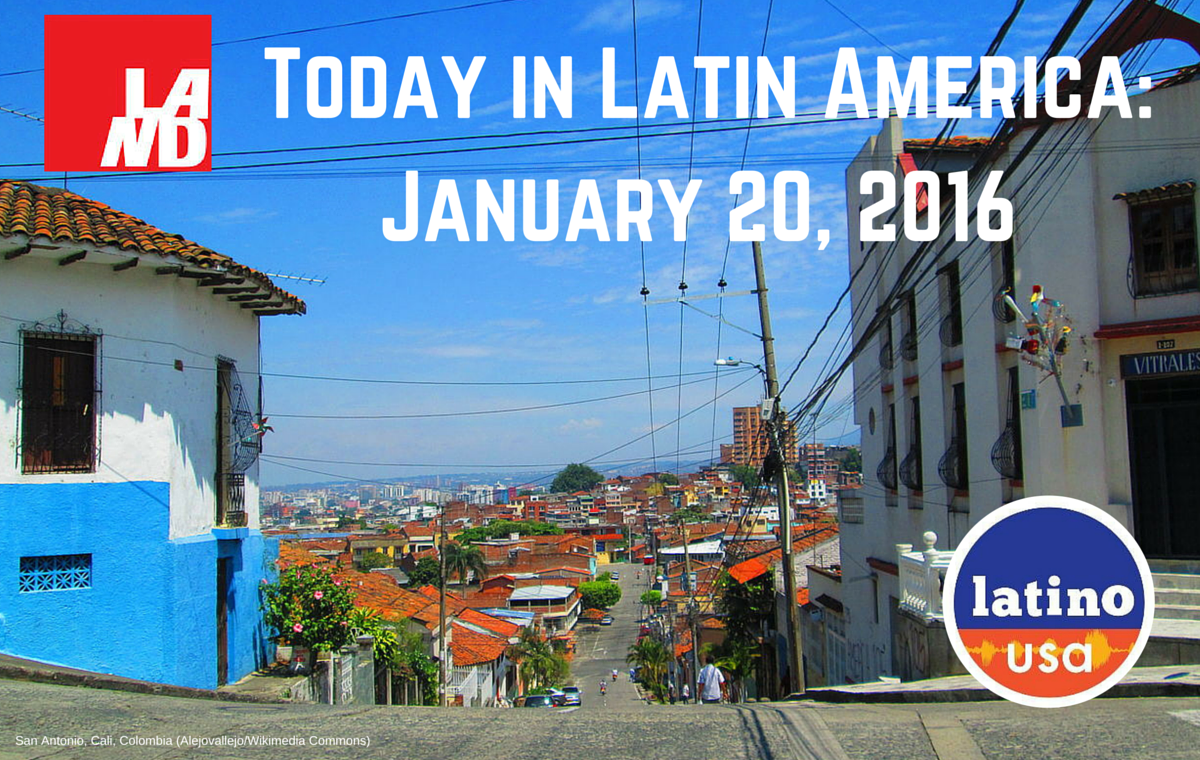 Top Story — The Colombian government and FARC rebels jointly requested on Tuesday that the United Nations set up a monitoring body to oversee the demobilization process that would follow a peace agreement between the two sides. Negotiators for both parties billed the request as proof of their commitment to end the half-century-long civil war (the longest-running in Latin America) by a self-imposed March 23 deadline.

“Today’s announcement isn’t only the start of an international process, it’s the unequivocal demonstration of our desire to end confrontation,” lead government delegate Humberto de la Calle said at the press conference in Havana, where peace talks have been held for the last three years.

The government and the rebel group stipulated that the U.N. monitoring body be made up of unarmed representatives from Latin American and Caribbean countries. It should operate for the first 12 months following a final peace agreement to enforce adherence to a bilateral ceasefire and FARC’s disarmament. The independent group would also be tasked with settling conflicts as they arise in the disarmament process and making recommendations.

Colombian President Juan Manuel Santos, who has staked his presidency on a successful peace agreement, made a formal plea to the U.N. Security Council hours after the Havana announcement. In a statement released on Wednesday, the European Union’s diplomatic service urged the United Nations to honor the negotiators’ request, writing that “opportunities for peace can’t be missed.” The United Nations has yet to respond.

The current round of peace talks between the Colombian government and the country’s oldest, largest and most influential rebel group suffered a number of setbacks since their start in 2012. In September, however, the two sides reached a deal on the final discussion item in the agenda — the question of punishment for parties on both sides of the conflict — and committed to signing a final peace agreement within a six month period.

The United States Supreme Court announced Tuesday that this term it will rule on President Barack Obama’s executive action on immigration reform, which Obama unveiled over a year ago but has been in legal limbo after federal courts blocked its implementation.

Meanwhile, author Don Wilson, who has written two books on the drugs war, criticized Sean Penn’s interview in Rolling Stone with Guzmán, calling it “horribly misguided” and an overly simplistic portrayal that failed to shed light on the war on drugs or ask difficult questions of one of the most wanted men in the world.

For the second day in a row, a few thousand protesters demonstrated in the Haitian capital of Port-au-Prince, shattering windows and constructing burning roadblocks ahead of a Jan. 24 presidential runoff election.

Meanwhile, the opposition candidate in Haiti’s presidential election, Jude Célestin, has called his country’s polls “a farce” and threatened to pull-out of the runoff election unless reforms are carried out.

Though Cuba’s baseball defectors receive the most attention, a small number of soccer players also defect to the United States in search of better opportunities, a less-publicized and glamorous phenomenon examined in a piece in The Guardian.

Honduras and the Organization of the American States signed an agreement in Washington D.C. that approved an international team of experts to help the Central American country’s legal system fight corruption, a move President Juan Orlando Hernández called “historic.”

The $750 million approved by U.S. Congress to halt the migration of Central American minors into the United States was distributed during a meeting last week, with $65 million going to El Salvador, $89 million to Honduras, $112 million to Guatemala and $400 million set aside for regional cooperation.

Venezuela’s opposition-led congress will investigate the finances of the state-run oil company PDVSA with the aim of discovering the use of $50 billion in Chinese financing and the causes and effects of stagnating production.

Peru fired Rolando Navarro, head of the country’s forestry and wildlife inspection department OSINFOR, causing many within the country as well as a U.S. congressman to claim that Navarro was ousted in response to pressure from the Peruvian timber industry after a series of illegal rainforest timber shipments were seized late last year.

Brazilian scientists are deploying genetically modified mosquitoes designed to limit the proliferation of the insect in an effort to control the birth defect-inducing Zika virus.

The Argentine government has declared a nationwide public safety emergency in order to crack down on drug trafficking, tightening control of airspace over the country and expanding interior defenses.

Investigators have ruled that pilot error and extreme weather conditions were at fault in the airplane crash that killed Brazilian presidential candidate Eduardo Campos in 2014.