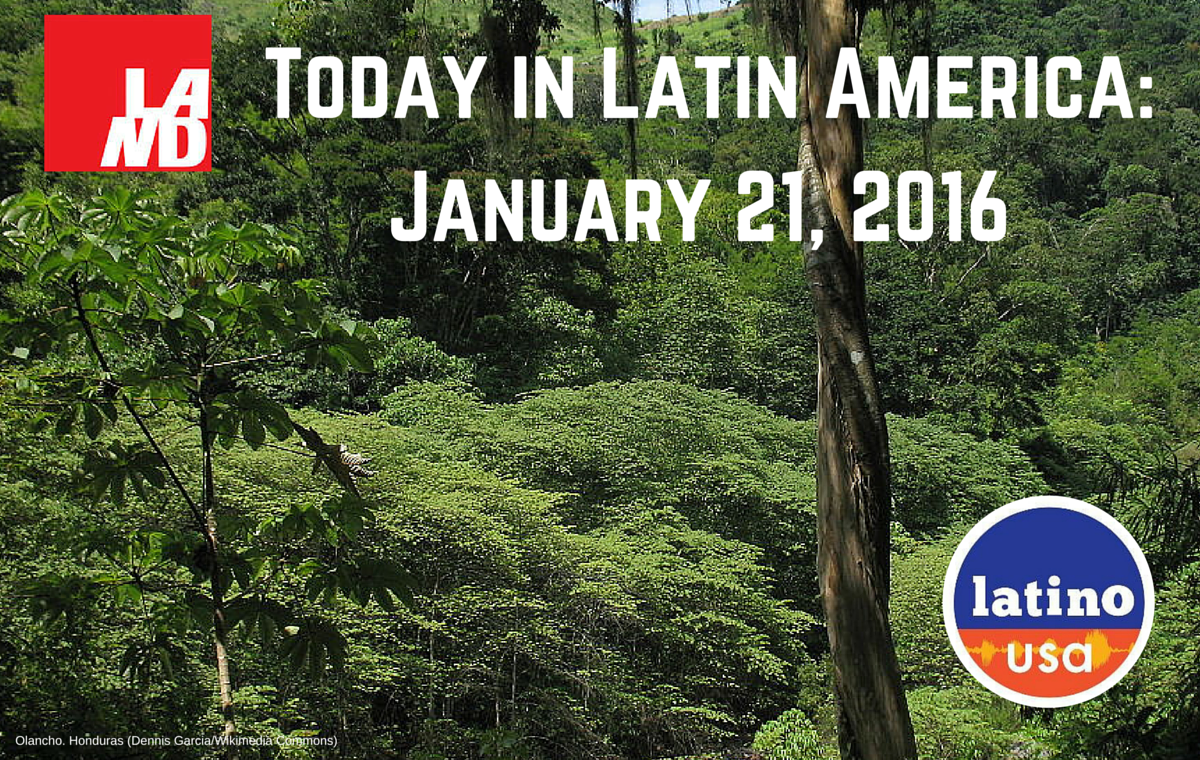 Rosenthal, who is suspected of working for drug traffickers who have made the country one of the world’s most violent, would be the wealthiest Honduran to face such charges in the United States since extradition was legalized in his country two years ago. Before Rosenthal is extradited to the United States, he must first pass through the Honduran legal system.

The announcement comes just one day after President Hernández unveiled a new initiative to fight corruption and links between criminal networks and the political system. The Mission to Support the Fight against Corruption and Impunity in Honduras (MACCIH), an investigative body backed by the Organization of American States, is likely in part a response to the public outcry that resulted from Hernández’s admission his 2013 election campaign used some $300 million in stolen public funds.

Protests against corruption have been sweeping Central America, and led to the ouster of former Guatemalan President Otto Pérez Molina in September after the country’s International Commission against Impunity in Guatemala (CICIG), to which MACCIH has been compared, revealed his role in a massive corruption scheme.

While extradition proceedings against the Rosenthals and the creation of the MACCIH have been lauded as signs of progress against endemic corruption, the moves have also been criticized for the potential to be counterproductive. In Colombia, frequent extraditions, according to an Open Society Foundation-funded study, had the unintended consequence of undermining local judicial institutions. Additionally, the MACCIH may draw resources and power away from the local attorney general’s office, which has itself been praised for making progress against corruption, InSight Crime director Steven Dudley told The Guardian.

While the Rosenthal family has denied the charges against it, Jaime, his son Yani and his nephew Yankel were all indicted on money laundering charges by a grand jury in Manhattan in October. Jaime is under house arrest in Honduras while his Yani and Yankel were arrested in New York and Miami, respectively.

Legal marijuana companies are looking to Mexico for potential business opportunities after the country’s Supreme Court passed a ruling that some observers believe could pave the way for the eventual legalization of a lucrative market currently controlled by violent cartels.

The U.S. Department of State renewed travel warnings in large portions of Mexico, including the state of Sinaloa, home of drug lord Joaquín “El Chapo” Guzmán, evidence that the security situation has not significantly improved in recent months.

Mexico’s attorney general’s office said it will investigate a state lawmaker from Sinaloa for her alleged ties to Guzmán, and while she has not been charged with any crime, the legislator resigned from the National Action Party on Wednesday.

The Washington Post provides a 90 second explainer video on President Barack Obama’s executive action on immigration reform and the impending U.S. Supreme Court decision on whether the proposed reforms will be enacted or struck down.

A majority of Haitian senators approved a measure that calls for the suspension of election runoffs set to take place on Jan. 24, though other government officials have said the resolution is merely symbolic and that the electoral council can choose to ignore the vote and move forward with elections.

Congressional action is the only solution to solving Puerto Rico’s fiscal and economic crisis, according to U.S. Treasury Secretary Jacob Lew, who visited the island on Wednesday and called on Congress to approve a measure to help Puerto Rico restructure its $72 billion in public debt.

U.S. authorities said Wednesday that Cuban migrants detained by the Coast Guard at sea have been increasingly violent and uncooperative, resorting to measures such as attempted poisoning and self-inflicted wounds, apparently due to rumors that Cubans’ preferential immigration treatments in the United States will soon be reversed.

Representatives from Central American countries and Mexico met in Guatemala Wednesday and approved a plan for more flights so that thousands of Cuban migrants stranded in Costa Rica could continue on to the United States, after a pilot flight for 180 Cubans to El Salvador and bus trip to Mexico last week was deemed a success.

In the wake of a potentially imminent peace deal between the Colombian government and the rebel FARC, the United Kingdom has drafted and circulated a U.N. Security Council resolution to create a U.N. mission to monitor and oversee disarmament.

In order to ease the path toward a peace deal, the Colombian government has freed and pardoned 30 imprisoned FARC rebels on Wednesday evening.

Lake Poopo, Bolivia’s second-largest lake, has evaporated, leaving hundreds without a livelihood and fueling fears about the effects of climate change in the Andean highlands.

Ecuadorian President Rafael Correa confirmed that Julian Assange, the Wikileaks founder currently seeking refuge in Ecuador’s embassy in London, will soon have to answer questions from the Swedish authorities regarding allegations of assault and rape.

Following last year’s catastrophic dam burst at a Samarco-owned mine in the Brazilian state of Minas Gerais, the mining company’s president and head of operations have been asked to step down and will be preparing their defense for an impending investigation.

Brazilian President Dilma Rousseff will be called to appear as a witness in an investigation into a bribery scandal, which has implicated many high-ranking politicians in using bribes in order to pass legislation.

Argentina and its so-called “holdout” creditors will continue their negotiations on the country’s debt default on Feb. 1, the U.S. mediator Daniel Pollack confirmed on Wednesday, after talks were postponed this week.