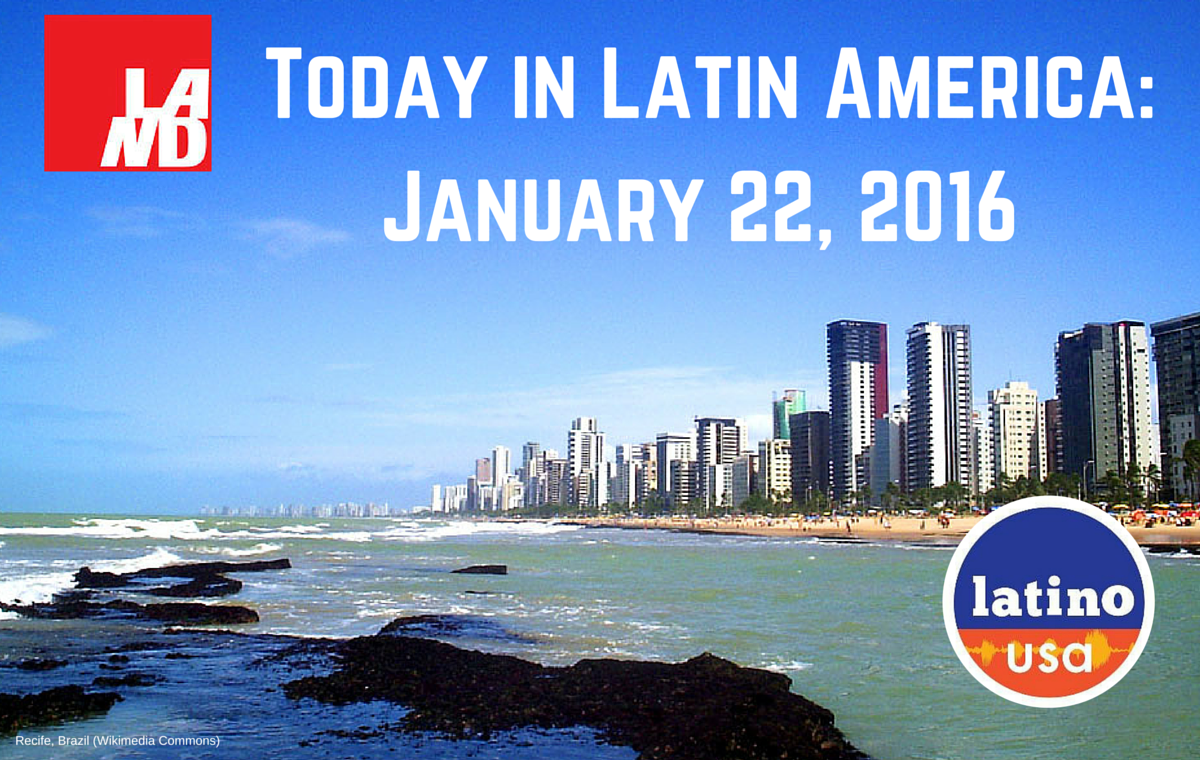 Top Story — The mosquito-borne Zika virus is wreaking havoc throughout Latin America and the Caribbean, most prominently in El Salvador and Brazil, prompting the two nations’ leaders to issue warnings on Thursday about its possible connection to a rare birth defect.

In a televised address on Thursday, Brazilian President Dilma Rousseff urged the population to work together to “remove the conditions under which the mosquito reproduces,” while scientists continue to work on a vaccine for the Zika virus.

Since October, Brazil has seen a surge in cases of microcephaly, a rare condition where infants are born with an abnormally small brain that may be linked to the virus, though the link has not been confirmed. The poorer northeastern states of Paraiba, Pernambuco and Bahia have been the most affected, some areas seeing rates as high as one in 100 cases of microcephaly in all newborns.

Salvadoran health officials cautioned women to delay pregnancies for up to two years in order to avoid possible Zika-related birth defects. They advised women who are already pregnant to stay covered outdoors. Like Brazil, El Salvador has also launched an anti-mosquito campaign to curb infections from Zika as well as other mosquito-borne viruses such as dengue and chikungunya.

Though Zika virus is usually mild and generally only causes symptoms in one in five people, in some individuals it can cause the rare Guillain-Barré syndrome, which can lead to paralysis and potentially death. The virus has been sweeping across Latin America, prompting U.S. officials to issue a warning last week advising pregnant women against traveling to Puerto Rico and 13 other Latin American and Caribbean countries until further notice.

Mexico’s homicide rate rose 8.7 percent in 2015, according to initial data released by the country’s Interior Ministry on Wednesday, the first time the number of murders has risen since 2011 and a blow to President Enrique Peña Nieto’s campaign promise to curb violence.

The former governor of the Mexican state of Coahuila, Humberto Moreira, is set to go to trial in Spain today as part of an investigation into money laundering charges, accusations that support his reputation in Mexico as a governor who enjoyed impunity even though he was believed to be corrupt and linked to organized crime.

Thousands marched and celebrated in Haiti’s capital Thursday as part of the lead up to carnival, which officially starts on Feb. 7, the same day Haiti’s new president is set to be inaugurated if the country goes through with its highly contested runoff election on Jan. 24.

Two similar lawsuits over Puerto Rico diverting $164 million in revenue streams meant to pay the island’s debt have been combined in order to save time and money and prevent inconsistencies in the rulings, according to a U.S. federal judge.

Guatemalan authorities announced that Édgar Francisco Ruiz Paredes, the former mayor of the popular tourist city Antigua, is among the 11 officials and citizens arrested Thursday in a corruption case involving extortion and embezzlement.

Lawyers in the United Kingdom picketed the Honduran embassy in honor of the Day of the Endangered Lawyer and to highlight the challenges faced by attorneys and human rights defenders in the country who are often victims of violent attacks, according to a letter in The Guardian.

Bloomberg News analyzes how Leopoldo López, the Venezuelan opposition leader who has been imprisoned for two years, maintains a growing support base among the Venezuelan population from behind bars.

Bolivian President Evo Morales celebrated ten years in office during an official ceremony in La Paz, becoming the longest-running president in the history of Bolivia, where presidents have traditionally faced high turnover rates.

Brazilian businesses eliminated at least 1.5 million jobs in 2015 as the economy contracted, with the majority of layoffs originating from the industrial and civil construction sectors.

Following meetings at the World Economic Forum on Thursday, the U.S. Treasury announced it will no longer oppose loans to Argentina from multilateral banks, an apparent nod to the decision by President Mauricio Macri to renegotiate some $10 billion in disputed debt held mostly by U.S. investors.