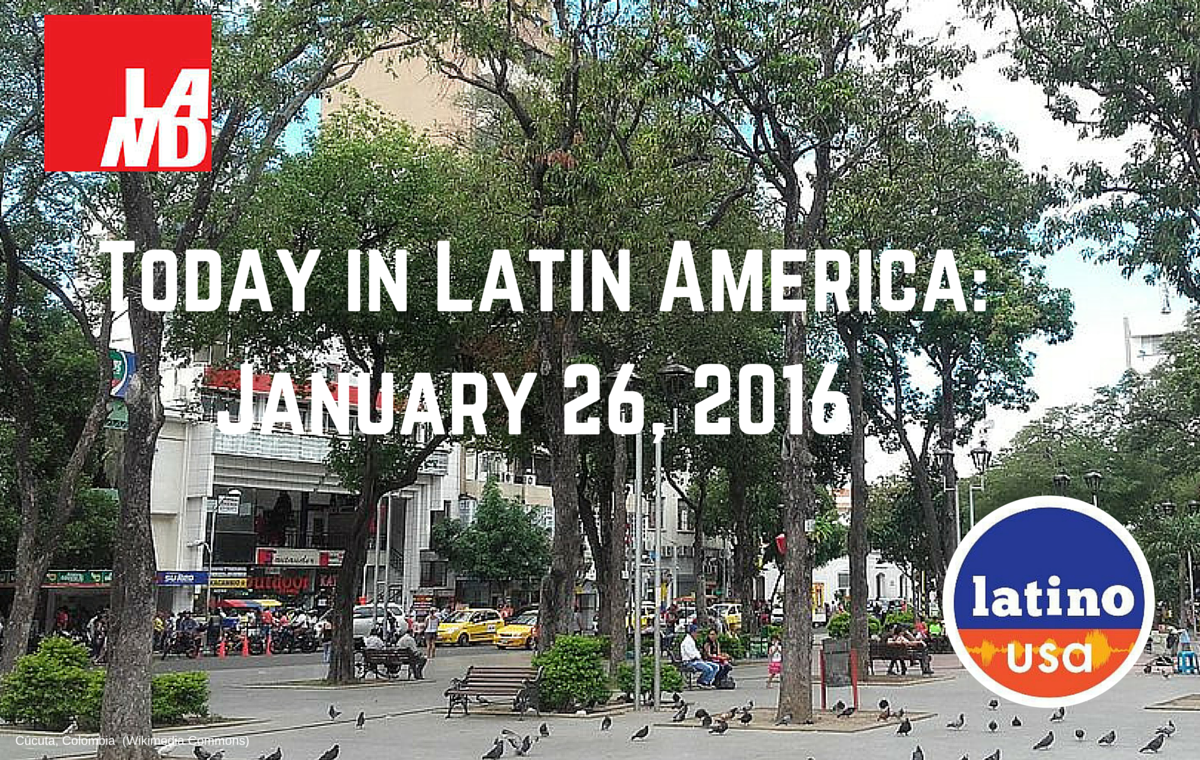 Top Story — In a unanimous vote on Monday, the U.N. Security Council approved a resolution to oversee the planned ceasefire between the Colombian government and FARC rebels.

The vote came less than one week after negotiators on both sides of the peace talks asked the United Nations to establish a political mission tasked with monitoring the demobilization process in Colombia. The decision brings the two sides one step closer to ending Latin America’s longest civil conflict by a self-imposed March 23 deadline.

“I hope today will mark the start of the final stage of the peace talks,” said U.N. Ambassador to Britain Matthew Rycroft.

The council requested that U.N. Secretary-General Ban Ki-moon provide recommendations for the size of the mission and details about its operation. Negotiators for the Colombian government and FARC rebels had previously asked that the mission operate for one year, with the possibility of an extension, starting immediately after the signing of a peace deal. The mission, under the negotiators’ terms, would be comprised of unarmed personnel from countries in Latin America and the Caribbean.

The latest round of peace talks between the rebels and the government began in Havana in November 2012. In the last six months, the two sides have reached crucial agreements related to drug trafficking, lands rights and the thorny issue of punishment for those accused of human rights violations.

The planned March 23 deadline for a peace deal signing could end a 51-year conflict that has killed more than 220,000 people and displaced some 5 million.

The Guardian is reporting that anti-immigrant remarks made by Republican presidential candidate Donald Trump, who last year claimed that most Mexican immigrants were “criminals” and “rapists,” have motivated many immigrants who are legal, permanent residents to apply for citizenship: a condition necessary to qualify to vote in this year’s general election.

The number of undocumented immigrants in the United States, however, has fallen over the past several years, a trend that The Atlantic links to several factors: the 2008 financial crisis; declining birthrates and an improving economy in Mexico; tighter border control aided by new technologies deployed on the U.S.-Mexico border; and tough immigration policies under President Barack Obama, whom opponents have derisively called the “deporter-in-chief.”

A solution to Haiti’s continuing electoral crisis began to take shape on Monday, the AP reports, the details of which would include President Michel Martelly handing power over to an interim government in two weeks, and a rescheduled runoff election within months. No official announcement has been made, however.

A second airlift to bring 184 Cuban migrants from Costa Rica to El Salvador has been scheduled for Feb. 4, bypassing Nicaragua on their journey north to the United States.

In the wake of warming relations between Cuba and the United States, Cuba’s tourism industry has struggled to keep up with the massive influx of U.S. visitors, Reuters reports.

The Associated Press reports on the growing number of Puerto Ricans who, escaping economic crisis at home, have moved to the nearby Dominican Republic, which in recent years has had one of the strongest economies in the region.

An official in the Cabinet of Guatemalan President Jimmy Morales resigned on Monday after the country’s tax authority included her on a list of people who are tax delinquent.

Colombia’s Finance Minister Mauricio Cárdenas announced that the government’s oil price estimates for this year will be significantly lower than expected, adding that this could indicate the rise of more austerity measures in order to combat the country’s fiscal deficit.

On Monday, nine people died and four more were injured in western Bolivia after a bus carrying a Peruvian band crashed into a ravine while traveling along the country’s so-called “Highway of Death.”

The New York Times reports on the plight of Argentina’s farmers who are struggling against the worst plague of locusts to hit the country in the past 60 years.

Omar Abdelhadi Faraj, one of the six former Guantanamo Bay prisoners who sought refuge in Uruguay, has been released from custody in Montevideo after a judge ruled there was insufficient evidence in the domestic violence case against him.

Due to Brazil’s economic recession, many cities across the country have decided to cancel their traditional carnival celebrations, which are often the biggest in the country, in order to save money for other programs.

The Chilean government announced on Monday that it will prioritize the development of its significant lithium reserves — a key ingredient in batteries — in the face of increasing global demand.

The Guardian reports on the struggle of the indigenous Ayoreo people in Paraguay, who are fighting to regain their land that has been sold off to international ranching firms.