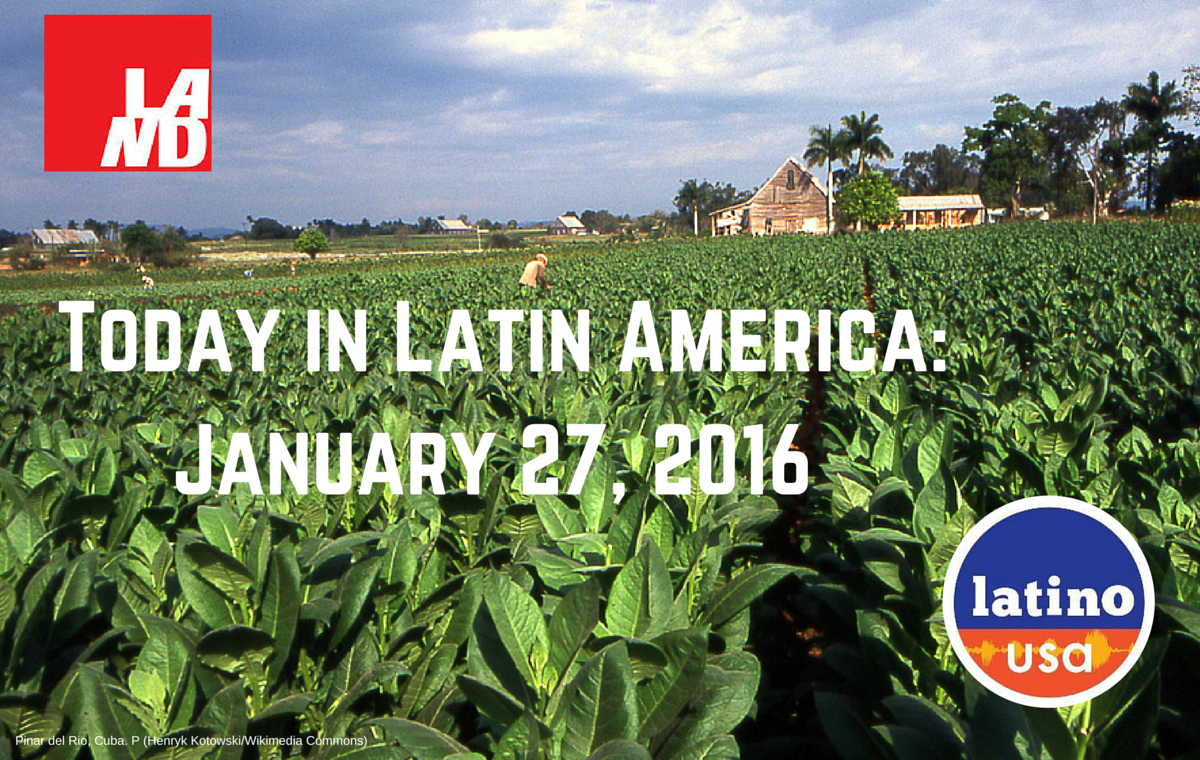 Top Story – As of today, Cuba will be able to import U.S. goods on credit for the first time since the start of an economic embargo in 1962.

The Obama administration announced the change on Tuesday, enabling U.S. financing of non-agricultural goods to the island on a case-by-case basis. Prior to today’s shift, most U.S. imports were paid for in Cuba in cash or through a third party, a process the New York Times described as “costly and burdensome.”

An economic embargo remains in place, subject to the control of the U.S. Congress. The shift comes two weeks after Obama called on Congress to “recognize that the Cold War is over,” and end the embargo. Despite the intransigence of Congress, the Obama administration has made several recent, additional steps toward normalizing relations with Cuba, including a statement by Obama expressing his desire to visit the island nation before his term ends.

The administration nonetheless continues to highlight concerns over human rights, political expression and entrepreneurial freedom in Cuba. They urge the Cuban government to implement reforms that would increase economic independence, freedom of expression and access to the Internet.

Meanwhile, other major changes are coming to the island as tourism has increased overall by 17.4 percent since the Dec. 2014 restoration of diplomatic ties between the United States and Cuba. Visits from the United States by non-Cuban-Americans have also jumped by 77 percent. The overwhelmed tourist infrastructure may have an easier time keeping up with booming demand as U.S. goods face fewer restrictions on their way to the island.

Mexico’s Jalisco state became the fourth jurisdiction in the country where gay couples can be legally married after the Supreme Court ruled against language in a Jalisco state law that defined marriage as between a man and woman.

A Mexican Health Ministry official said there is “no justification” to ask women to delay getting pregnant due to the outbreak of the mosquito-borne Zika virus, which has been linked to brain damage in thousands of babies in Brazil and recently spread to the United States.

Meanwhile, Obama met with public health and national security officials about the virus Tuesday and has called for expedited research in order to help diagnose, prevent and treat it.

The Texas city of El Paso has approved a plan to prepare for the visit in February by Pope Francis to the adjacent Mexican city of Juárez, which could cost El Paso more than $1 million even though the pontiff will remain on the Mexican side of the border.

Haiti’s former President Jean-Bertrand Aristide has enjoyed growing influence in his country since he returned from exile in 2011, according to Reuters, and may serve as a kingmaker in an ongoing electoral dispute.

Puerto Rico is scheduled to hold debt-restructuring talks with representatives from several bondholder groups on Jan. 29, in an attempt to decide what to do with the island’s $70 billion of bonds, a process further complicated since the U.S. territory has over a dozen types of bonds it must negotiate simultaneously.

Costa Rica has detected its first case of the Zika virus in a 25-year-old man who had visited Colombia.

The United Nations and Panama’s Foreign Ministry hosted a workshop Tuesday for representatives to take part in a truth commission that will investigate the 1989 U.S. invasion of Panama, in which a disputed number of civilians were killed.

On Tuesday, Alberto Fujimori, the former President of Peru, was transferred back to prison, where he is serving a 25-year sentence for corruption and human rights abuses, after a medical scare necessitated his transfer to a hospital.

Henry Ramos, the head of the opposition-led Venezuelan congress, said in an interview with Reuters on Tuesday that he doesn’t expect current President Nicolás Maduro to complete his current term, adding he believes Maduro might be replaced this year.

In order to combat the spread of the Zika virus, the Brazilian government will be deploying 220,000 troops trained to raise awareness about the virus throughout the country.

Brazilian police on Wednesday executed several search warrants in the states of São Paulo and Santa Catarina, including in the hometown and headquarters of former President Luiz Inácio Lula da Silva, the latest phase in an ongoing nationwide investigation into corruption.