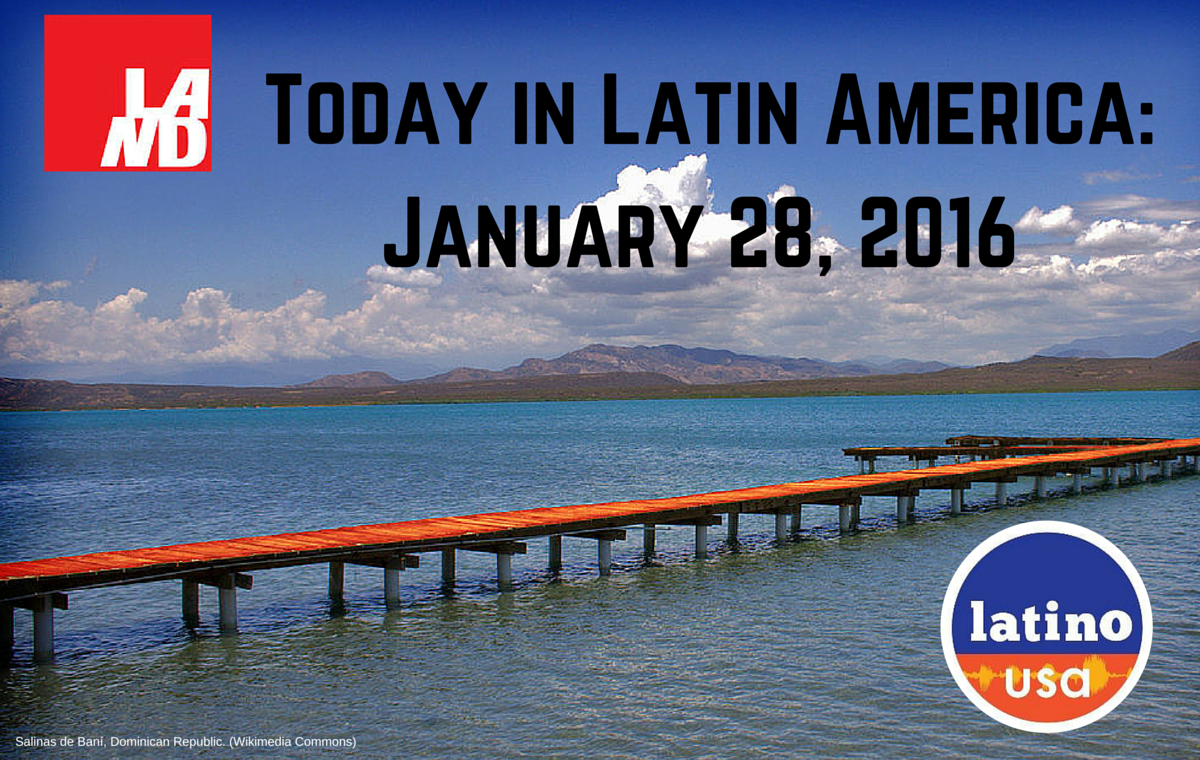 Top Story — The Organization of American States will send a special mission to Haiti to help the country emerge from an electoral crisis that has triggered violent protests in the past week, threatening to leave Haiti without leadership.

Presidential elections scheduled for this past Sunday were called off indefinitely amid widespread suspicion of voter fraud. Outgoing President Michel Martelly, who is set to leave office on Feb. 7, called on the OAS to assist with the stalemate.

The OAS’ move may be a good sign for candidate Jovenel Moïse, Martelly’s chosen successor. The organization is widely perceived to align with the interests of the United States, who as The New Yorker’s Jon Lee Anderson reported recently, have reluctantly supported Martelly, who has himself hinted he will seek to return to office after his successor’s term.

“It is of fundamental importance that there be an election,” OAS Secretary General Luis Almagro said with regards to the mission’s purpose. Bocchit Edmond, Haiti’s representative in the OAS, stressed that the mission’s goal was not to meddle in Haiti’s electoral process but rather to help the concerned parties reach an agreement to prevent the country from “falling into an institutional vacuum and chaos.”

The cancellation of Sunday’s election marked the second postponement in less than a month of a runoff vote between Moïse and opposition candidate Jude Célestin. Célestin had called for the cancellation of Sunday’s vote, labeling the elections “a ridiculous farce” and refusing to campaign. A report commissioned by Martelly confirmed that a series of irregularities plagued the first round of voting on Oct. 25.

Pope Francis’ visit to the U.S.-Mexican border in Ciudad Juárez on Feb. 17 will be centered around the issue of immigration, with Francis planning to hold a large open-air mass right at the border.

CNN en Español, in collaboration with the City University of New York, will be launching the Latino Voter Registration Dilemma, a report that will thoroughly examine the voting tendencies and rates among Latino voters in the United States, who are one of the demographics that have currently been voting at very low levels.

As Puerto Rico’s debt-restructuring talks approach on Jan. 29, Democrats in the U.S. Senate rallied together and called for congressional action on helping the island restructure its debt in an official letter to the Majority Leader Mitch McConnell.

After an U.S. tourist was killed in Grenada on Monday, the man accused of killing her may face the death penalty if convicted, a punishment that has not been carried out on the Caribbean island since 1978.

The Zika virus, which has plagued South American countries for the past month, is now said to be spreading “explosively,” according to officials from the World Health Organization, who have called an emergency meeting scheduled for Monday to decide on a course of action.

Peruvian authorities may nullify the presidential campaign of wealthy businessman Cesar Acuña, who is tied for second place in early polling, based on claims he plagiarized some of his university thesis.

Bloomberg Business reports on the alleged links between discount dollar changers in Colombia and the country’s drug and gold traffickers, claiming that criminal organizations use the currency dealers — found in most cities across the country — to launder money.

The latest figures released by Brazil’s health ministry show that only six infants can be positively diagnosed with the Zika virus out of 732 cases of microcephaly recorded since October, reports The New York Times. Experts, however, warned that the testing method for Zika is very inefficient and the health ministry’s findings do not disprove a connection between the birth defect and the virus.

In Brazil’s stumbling economy, business is still booming for firms that specialize in restructuring debt, who helped a record 1,287 firms navigate default in 2015.

Argentine President Mauricio Macri has begun negotiations with the country’s so-called “holdout” foreign creditors, but Bloomberg reports that, not unlike his left-wing predecessor Cristina Fernández, the administration’s talks with the creditors have been tumultuous.