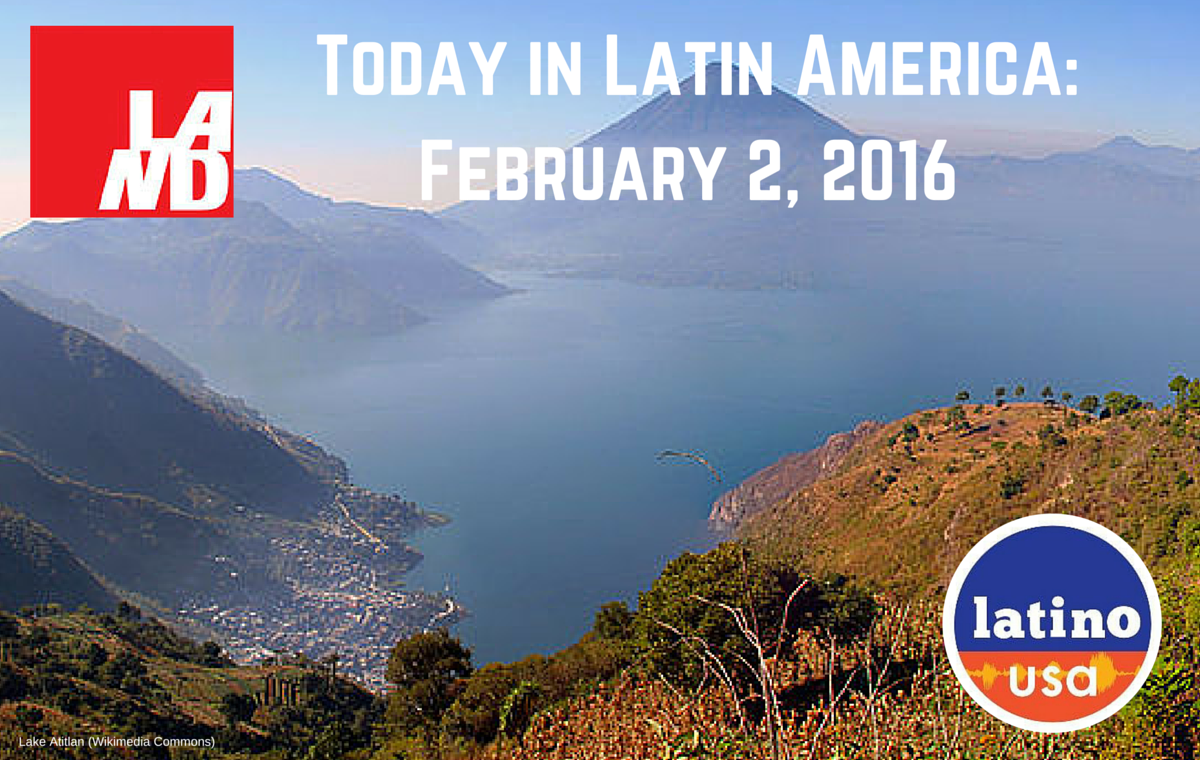 Top Story — Two former soldiers in Guatemala went on trial Monday for the alleged rape, sexual enslavement, forced disappearance and murder of indigenous men and women in a six-month period during the country’s 36-year civil war.

The trial marks the first time in history that sexual slavery will be prosecuted as a war crime in the country where it is alleged to have taken place.

The surviving women, now in their seventies and eighties, testified that the soldiers raped them and burned their houses down after their husbands were killed. The women said they were then forced to report to the military base in Sepur Zarco in rotating shifts every three days, to cook and clean for the soldiers.

The shifts lasted 10 months between 1982 and 1983, a period during which the women say they continued to be raped. Some women were reportedly held on bondage for six years, until the military base closed in 1988.

The women, along with five indigenous men allegedly tortured at the Sepur Zarco base, first sought legal recourse in 2011 for the crimes committed against them. The trial is expected to last 40 days. The defendants, who were jailed in June 2014, deny any wrongdoing.

Guatemala’s civil war lasted 36 years. According to the United Nations, 83.3 percent of the victims of human rights violations were Mayan.

Mexican authorities reported seven suspected criminals and one innocent bystander were shot in a series of violent clashes between alleged drug cartel members and police in the border city of Matamoros, during a weekend of violent shootouts that claimed at least 18 lives.

Mexico’s national security commissioner announced the capture of Francisco Javier Hernández García, known as “2000,” the acting head of the Sinaloa based Beltrán-Leyva cartel.

Mexico’s Federal Health Commission has granted the parents of two sick girls the rights to import medicinal cannabis as part of their treatment — an indicator of the Commission’s willingness to approve the alternative treatment without an explicit court order.

A Haitian opposition alliance including presidential candidate Jude Célestin, known as the “Group of Eight,” has refused to meet with the OAS group sent to resolve the country’s indefinitely suspended presidential elections.

Reuters, meanwhile, is reporting that two unnamed government officials in Haiti said Prime Minister Evans Paul is likely to step down so he can ultimately take over as for President Michel Martelly in a transition government when Martelly steps down on Sunday.

Martelly, who is also a famous music star in the country, has released what Agence France-Presse called “a sexually loaded song attacking his critics,” particularly respected female journalist.

Puerto Rico released details of a bond swap proposal that would offer creditors two new bonds in an attempt to fix interest rates on a portion of the territory’s $72 billion in public debt and tie payments to government revenue, a strategy experts say could be welcomed by creditors.

The New York Times has published an analysis of one of the reasons it says Puerto Rico’s power authority has racked up $9 billion in debt: free electricity provided to all of the island’s 78 municipalities, many government-owned enterprises and some privately owned ones.

Honduras has declared a national emergency over the spread of the mosquito-borne Zika virus, which has been linked —though not definitively— with microcephaly, a birth defect that causes unusually small head size and possible brain damage in babies. This comes as the World Health Organization, in a meeting yesterday called the spread of the virus an international emergency.

Felipe Froilán Molina Bustamante, a Bolivian paramilitary member convicted for the assassination of the socialist leader Marcelo Quiroga Santa Cruz during a military coup in 1980, was found and arrested, according to Bolivian authorities.

According to Venezuelan opposition leaders, doctors and Colombian government leaders, the Venezuelan government is underestimating and underreporting the number of Zika virus cases in the country, which could severely damage containment efforts.

The director of state-owned Brazilian oil behemoth Petrobras, Jorge Zelada, has been sentenced to 12 years in prison for his role in a corruption scandal at the oil firm that has rocked the country’s political class.

Brazil, which will be hosting the Olympics in August of this year, has admitted that its authorities are unsure about the actual number of people infected with the Zika virus within its borders, particularly due to the fact that a large number of those infected do not develop clear symptoms. The country, however, announced that there is no chance that the Olympic games will be canceled, declaring that the virus poses no risk to athletes and tourists who are not pregnant.

Argentina will be resuming its debt negotiations with U.S. creditors on Monday in New York, where Luis Caputo, Argentina’s finance minister, stated he wanted to make a formal offer to the country’s creditors later this week.

One thought on “Landmark Sexual Slavery Trial Begins in Guatemala”