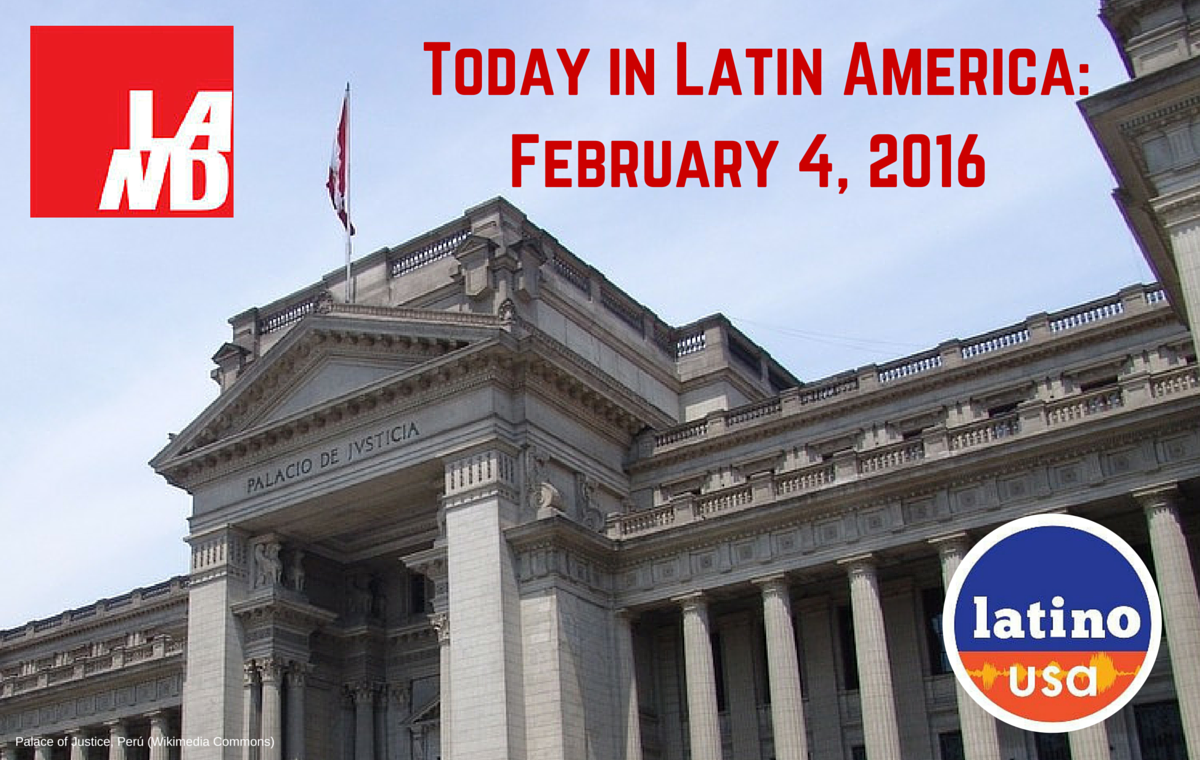 Top Story — As the Zika virus spreads throughout the hemisphere, concerns from women and reproductive-rights activists are on the rise. The fears stem from the seeming connection between the virus and the recent upsurge in Brazilian babies, particularly those in the northeastern state of Pernambuco, born with the neurological birth defect microcephaly.

On Wednesday, researchers in Recife announced that they uncovered the clearest evidence yet of a link by testing the spinal fluid of 12 infants born with microcephaly and determining that all of them had been infected with the Zika virus.

Many scientists, nonetheless, caution that a definitive link between the virus and the birth defect has yet to be conclusively confirmed. For example, a report from the Latin American Collaborative Study of Congenital Malformations, excerpts of which were published in the journal Nature, cautions that the spike in cases of microcephaly “is probably due to active search and over-diagnosis” because of the widespread media attention the Zika outbreak and the increased microcephaly births have received. Testing for the disease remains a difficult process, and the mild effect of Zika infection in adults means that only one in five ever develop symptoms.

Since October, there have been nearly 4,000 suspected cases of the disease, which causes babies to be born with abnormally small heads, though not necessarily with underdeveloped brains. Confirmed cases of the disease have approached 300 and those connected to the Zika virus are still in the single digits. Health officials in Pernambuco now say that microcephaly cases are decreasing from the highs reached last November to 34 in January.

However, fears over microcephaly are very real, and have led women in Brazil to seek greater access to abortions in a country that has some of the most restrictive abortion laws in the region. Lawyers and reproductive-rights activists are preparing a case to be tried in the country’s Supreme court, a São Paulo newspaper has called for an end to the ban on most abortions and a judge in central Brazil has said he will allow legal abortions in pregnancies involving microcephaly—a difficult task as most cases of microcephaly are determined at the end of the second trimester.

While reported cases of microcephaly have been highest in Brazil, fears surrounding pregnancy and the Zika outbreak have spread throughout the region. The United States has discouraged pregnant women from traveling to countries with known Zika cases, and the state of Florida has declared a public health emergency in four counties where Zika cases have been confirmed. In Texas, a patient has been confirmed to have contracted the virus through sexual contact.

Governments in Colombia, Jamaica and Panama and El Salvador have all discouraged women from getting pregnant. The recommendations have been derided by activists, who note that all of these countries have limited access to and usage of contraceptives and restrictive access to abortion services.

An official from Mexico’s health ministry said that the Zika virus will not risk tourist activity in the country, emphasizing that the disease is under control and has only infected people far from tourist centers, though admitting it is “inevitable” the virus will spread.

The brutal photo of a family of three —including a 17-year-old mother and her 7-month-old baby— who were shot and killed outside a convenience store in Mexico’s Oxaca state Friday has gone viral, drawing comparisons to the famed photo of a Syrian refugee laying facedown on a Turkish beach and generating outrage over the effects of gang violence in Mexico.

Pope Francis urged Mexico to battle the corruption, drug trafficking and cartel violence that plagues the country in a video released by the Vatican, just days ahead of his scheduled trip to the country.

The majority of Haitians would vote if they felt confident that elections were fair, according to a poll released by the Brazil-based Igarapé Institute, which also suggests that voter turnout in last year’s contested election was even lower than initially reported.

Meanwhile, representatives from the Organization of American States are hopeful that Haiti’s political crisis can be resolved before outgoing President Michel Martelly’s Feb. 7 deadline to leave office, though doubts remain that officials can come up with a workable solution.

Puerto Rico’s economic crisis has had tremendous effects on the daily lives of everyday citizens, according to a piece in Vice, which explains how waves of migration to the United States have left many of the island’s houses vacant while those who remain are overworked and unable to afford essentials.

Authorities in the Dominican Republic have been searching for a U.S. native that has been missing for around a week and was last seen during a surfing trip to Cabarete, a town on the country’s northern coast that is one of the most popular surfing destinations in the Caribbean.

Nicaragua’s howler monkeys have been dying en masse due to unknown causes, according to Fusion, with one expert suspecting that the die-off is evidence of a new viral outbreak and that it’s possible the monkeys have become hosts for the Zika virus./

Costa Rica’s Supreme Court voted down a recent executive decree that, at the urging of the Inter-American Court of Human Rights, attempted to legalize in vitro fertilization, saying that the measure needs to be passed by the Legislative Assembly in order to be constitutional.

Colombia’s long-awaited structural tax reform, which is meant to address decreased revenue largely from the dropping price of oil, has now been delayed, causing investors to fear a drop in the country’s credit rating.

The Guardian examines the legacy of Plan Colombia, the U.S.-funded military program instituted to combat drug trafficking in Colombia, and explores how coca’s prevalence in the country has complicated the program’s success.

In order to stay ahead of Venezuela’s massive inflation, the government has begun flying in bolivars, the country’s currency, that were printed abroad. The currency continues its freefall, currently valued at over 1,000 per U.S. dollar.

Argentina has agreed to pay Italian creditors some 150 percent of the $900 million in debt they sought, marking the first time the country has repaid investors who were holding out for full repayment of bonds that the country defaulted on in 2002.

Argentina’s Peronist party —the party of former President Cristina Fernández and the main opposition to current President Mauricio Macri— suffered a severe split after about a dozen legislators cancelled their membership, thus weakening the opposition’s presence in Congress.

Uruguay’s inflation rate rose by 2.45 percent in January, which increased its year on year inflation rate to 9.68 percent, a change that reflects the Uruguayan peso’s weakening against the U.S. dollar.