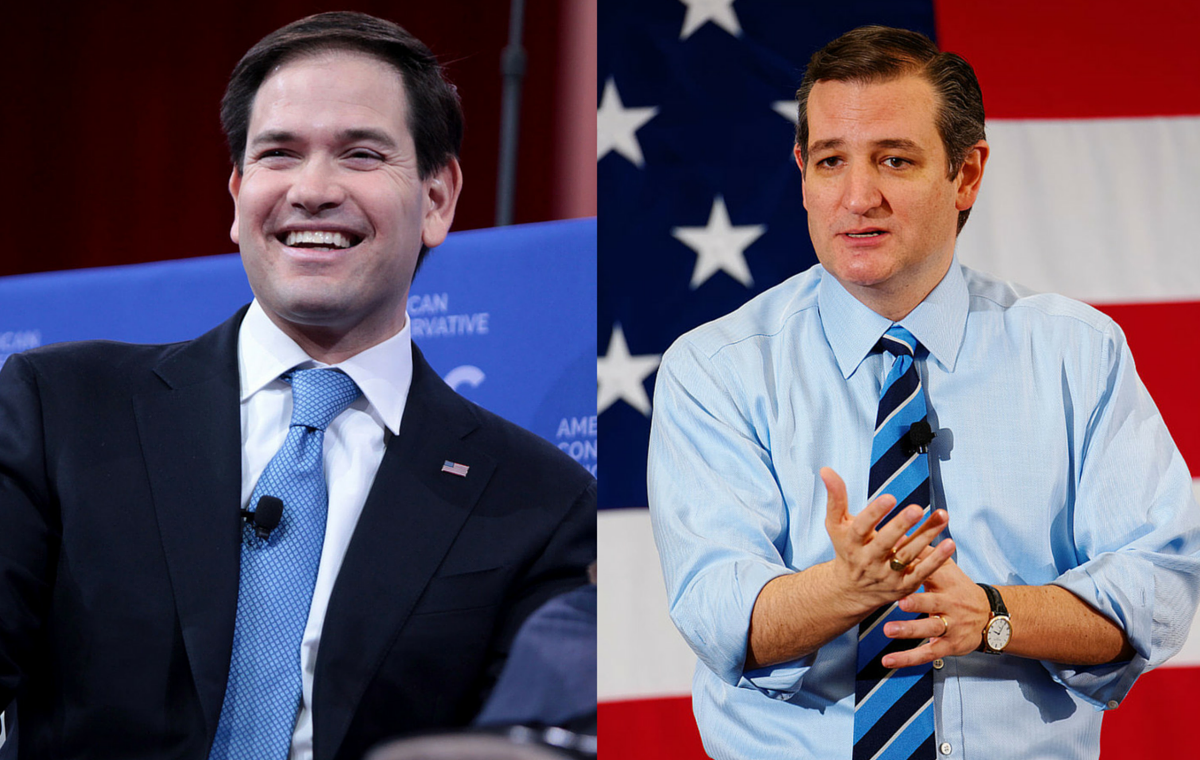 GOFFSTOWN, NEW HAMPSHIRE — In a 2016 election where Marco Rubio is one of two leading Republican candidates who could make history as the country’s first Latino presidential nominee, a spokesperson for the Rubio campaign downplayed the Florida’s senator background, instead emphasizing Rubio’s appeal to a broader group of voters.

“He’s running as someone to unite all Republicans,” Rubio campaign communications director Alex Conant said in the spin room after Saturday’s Republican debate at Saint Anselm College. “Our focus is on winning the Republican primary, uniting Republicans, and then inspiring the nation and beating Hillary [Clinton].”

Conant’s comments were in response to a question about whether the Rubio campaign thinks about the possibility that Rubio could become the first Latino presidential nominee in the history of the United States or that he is a Latino candidate in the top tier of GOP candidates, a point Republican National Committee chairman Reince Priebus called a “big deal” after Texas senatorTed Cruz won the Iowa Caucus last week and Rubio placed in third.

The Rubio campaign, Conant said, is focusing first on trying to secure the nomination before it can address the historical moment of it, if indeed Rubio were to become the nominee. However, Conant added, that doesn’t mean that the Latino vote is not important.

In a December poll that focused on the Latino vote, Rubio, who is Cuban American, had the highest marks among Republican candidates.

“I think he’s going to be the Republican nominee because his life story is one all Americans can relate to,” Conant added.

In contrast to the Rubio campaign, a spokesperson for the Cruz campaign said that the Texas senator has acknowledged the possibility that Cruz could become the country’s first Latino presidential nominee if he were to win the GOP race.

“If we’re able to capture the nomination and go up against Hillary in the general election, I think there are a number of different groups where Ted Cruz has a story to tell,” Cruz spokesperson Jason Miller said. “Hispanics definitely would be a large bloc. Having the opportunity to be the first Hispanic president… I think there are a number of other groups that he could do very will with. Talk about Millennials. Talk about Jewish American voters. You can talk about Reagan Democrats. I think there’s a good case as to why Ted Cruz will do well with women.”

“Obviously, he’s proud of his heritage and this historic opportunity,” Miller added, saying that Cruz talks about his family history “all the time” and “it is something that’s important to him.” Cruz’s father is of Cuban descent.

A new poll out has Cruz and Rubio tied for second place in New Hampshire, the day before the state’s primary.

Democratic National Committee communications director Luis Miranda said that despite talk about two Latino candidates performing well in Republican contests, both Cruz and Rubio are supporting policies that are not aligned to the Latino community.

“[Cruz] himself has rejected the Latino label pretty strongly,” Miranda said. “More importantly, it’s the policies [Cruz and Rubio] are advocating that are bad for the country generally, but particularly harmful to minorities and the Hispanic community.”

Miranda cited Cruz’s positions on immigration and the economy that he finds problematic.

“If we are trying to look for a Latino candidate who’s Latino, that’s the wrong approach,” Miranda explained, “I frankly don’t think that’s useful in either party. I think the issue with Cruz is the policies that he takes and how problematic they are for Latinos of course, but plenty of other communities across the country.”

Miranda also added that in his travels across the country, people are telling him that “by and large, what you hear is that [Cruz and Rubio] don’t really seem to want to be Latino. They seem to be running away from their heritage to be able to win a Republican primary, or maybe that’s just who they are. But it’s certainly not inspiring confidence.”