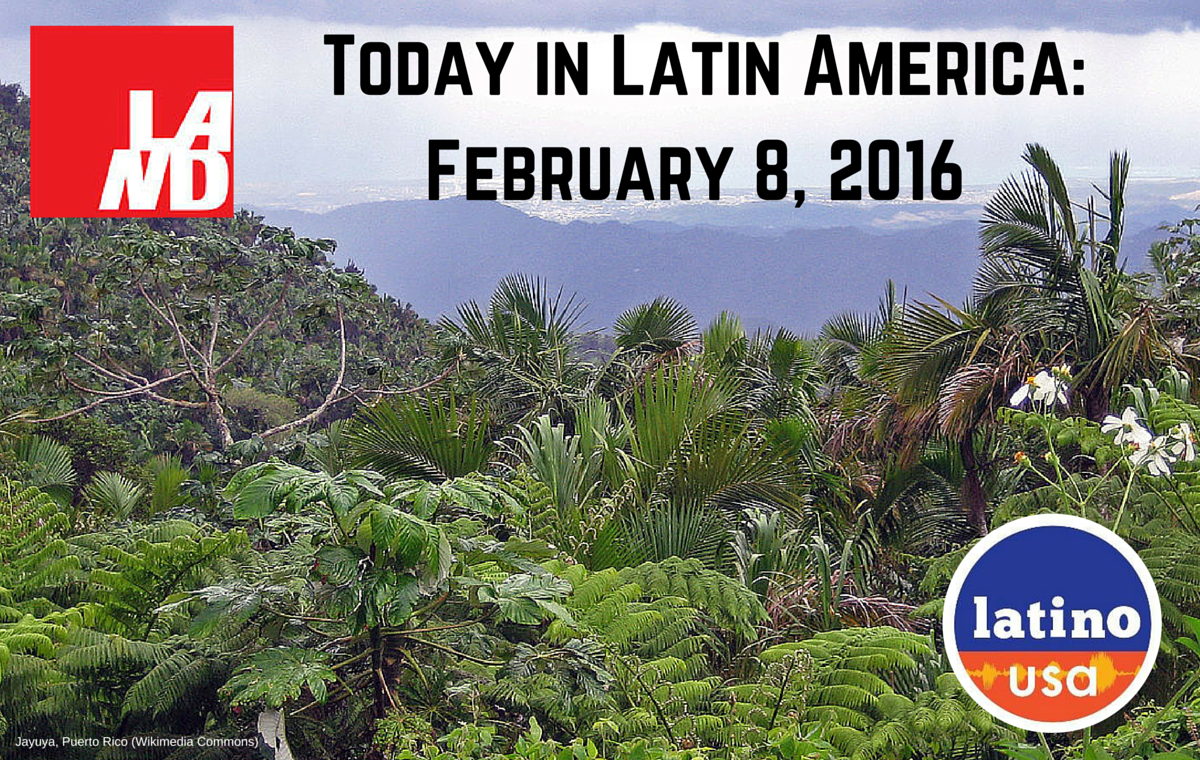 Top Story — Haiti’s President Michel Martelly left office on Sunday, leaving power in the hands of the prime minister until the legislature can choose an interim president.

In his farewell speech, Martelly insisted he was “leaving office to contribute to constitutional normalcy.”

The decision to hand power to Prime Minister Evans Paul was made early on Saturday, reports the Miami Herald. The agreement was made in an effort to quell unruly street protests and to avoid creating a dangerous power vacuum. A new Provisional Electoral Council plans to hold a runoff on April 24 and install a newly elected president on May 14 for a regular five-year term.

The first round of presidential polling on Oct. 25, won by Martelly’s chosen successor Jovenel Moïse, prompted widespread accusations of fraud and mismanagement; the runoff vote was postponed twice.

One man was killed during clashes in Port-au-Prince on Friday, as protesters faced off against ex-soldiers supportive of Martelly. The first day of Carnival celebrations were cancelled in light of the violence and political turmoil.

Pope Francis is planning to visit some of the most violent and impoverished parts of Mexico, as well as head to the northern border to speak on immigration issues, during his first-ever visit to the country as pontiff. Francis will also visit the largely indigenous state of Chiapas in what appears to be an effort to celebrate the country’s “Indian church,” which mixes traditional Catholicism and indigenous culture and which the Vatican has traditionally discouraged.

An investigation by crusading reporter Carmen Aristegui in partnership with the magazine Proceso accuses the Mexican Catholic church of bending marriage rules in 2010 on behalf of President Enrique Peña Nieto by expediting the annulment of his famous actress wife’s prior marriage in order to facilitate their own marriage and boost Peña Nieto’s image ahead of elections.

41 percent of U.S. citizens aware of the Zika virus said they are now less likely to travel to Latin America and the Caribbean, according to a Reuters/Ipsos poll, further evidence that the rapidly spreading mosquito-borne virus could affect tourism in the typically popular cold winter months.

Puerto Rico argued for a restructuring of its $72 billion debt in front of the U.S. Congress on Friday, warning that without action major defaults would likely occur in the coming months and acknowledging that such restructuring would mean the island would have to submit to a federal control board.

Latino USA explores exactly how Puerto Rico’s government debt reached $72 billion in a radio story as part of a larger series on the territory’s debt crisis.

El Salvador’s police arrested four of the 16 former military officers accused of killing six Jesuit priests, a housekeeper and her daughter in 1989, one of the most shocking cases from the country’s civil war. The arrests were met with a range of happiness, frustration and cynicism, according to the Los Angeles Times, which suggests the case will test the country’s porous judicial system.

A group of 184 Cuban migrants arrived in Mexico Saturday without issue after traveling from Costa Rica, the second journey of migrants completed since a deal was reached among El Salvador, Costa Rica, Guatemala and Mexico on the status of 2,000 Cuban migrants.

Poet Rubén Darío was named a Nicaraguan “national hero” on Saturday for defending his country’s “national language”, during a special legislative session on the 100th anniversary of his death.

Retail stores in Caracas, Venezuela have suggested cutting four hours from the start of the workday in order to comply with state-imposed energy rationing amid nationwide power shortfalls.

Colombian President Juan Manuel Santos announced that there is no evidence to suggest that the Zika virus has caused the birth defect microcephaly in the country, even though 3,177 pregnant women have been diagnosed with the virus.

The Argentine government has offered to settle a longstanding debt dispute by paying back 75 percent of $9 billion originally ordered paid to bondholders by a U.S. judge, allowing the country to return to global capital markets.

A Chilean man claiming to be a victim of sexual abuse at the hands of a notorious priest has publicly asked Pope Francis to remove a recently appointed bishop accused of protecting the priest.

Putting aside fears of contracting the Zika virus (and the woes of a bruising economic recession), millions of Brazilians began carnival celebrations over the weekend.