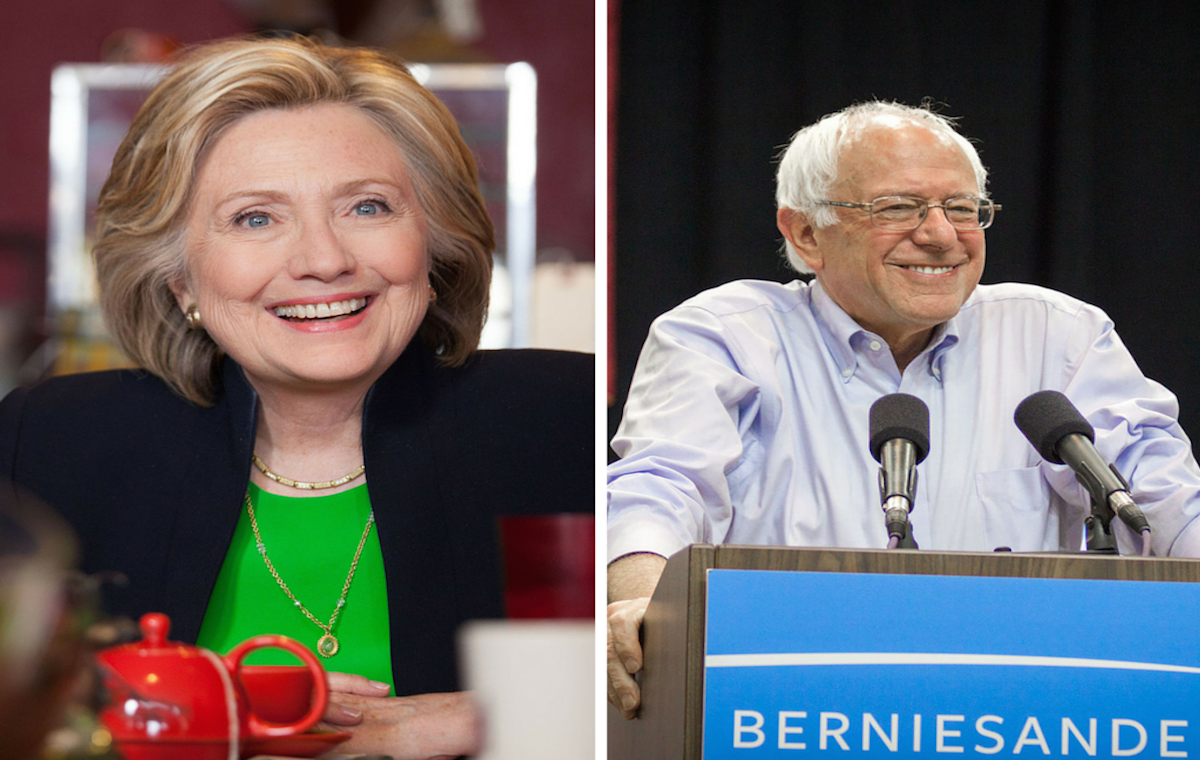 Diversity hiring initiative INCLUSV said this afternoon that the campaigns for Democratic candidates Hillary Clinton and Bernie Sanders earned a “no progress” classification for increasing staff diversity since last October.

According to the INCLUSV release, the initiative said it was “disappointed” that new diversity numbers from the two Democratic campaigns “show a decline in racial diversity on both campaigns.”

INCLUSV indicated that “30.9% of Sanders’ 418 overall staff, and 36.4% of his senior staff are people of color” and that “the Clinton campaign reports that ‘greater than 30%’ of their staff, and 37% of their senior staff identify as staffers of color.” It also added:

This is especially troubling given that African Americans are expected to be over 50% of the turnout in South Carolina’s February 27 primary, and Super Tuesday will include states with high percentage.

A 2013 Gallup poll said that non-Hispanic whites account for 60% of Democrats, as opposed to 89% of Republicans.

Alida Garcia, INCLUSV’s executive director, called the latest efforts “frustrating,” saying that “at a time where campaigns are increasing endorsements and pushing surrogates to describe their efforts to engage America’s diverse electorate that only 30% of their staffs are people of color.  They can do better and they should do better.”

The Sanders campaign shared this additional diversity data with INCLUSV:

The following chart is the diversity data shared last October by each of the three Democratic campaigns active at the time:

According to the October charts, both the Clinton and Sanders campaigns saw decreases in diversity hires, when compared to the new data provided by INCLUSV today.

Last July, each of the campaigns filed diversity data with the Federal Election Commission:

In response to the FEC data from July, the Sanders campaign said at the time that of the “51 people on their staff, 13 are minorities including African-Americans, Latinos and Asians. That’s more than 25 percent.”