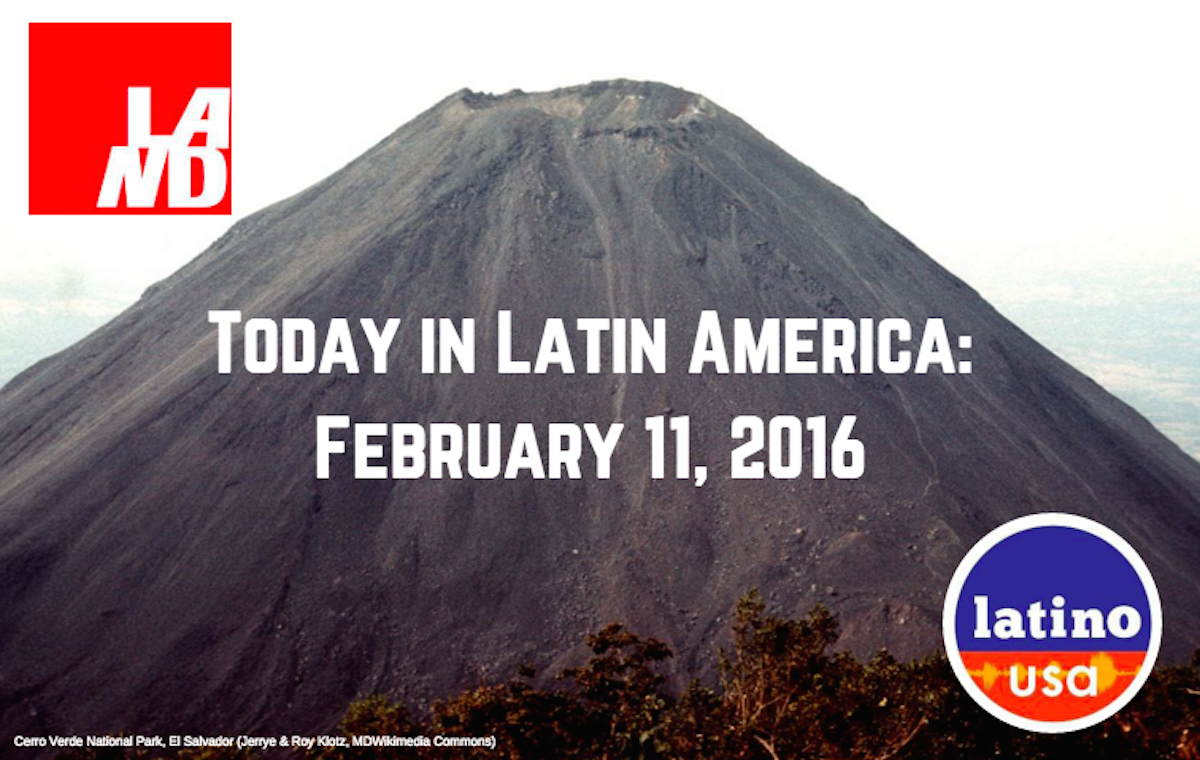 Top Story — The Salvadoran Supreme Court ordered a civil prosecution Wednesday of former President Mauricio Funes on corruption charges. Though the case does not include drug charges, justices voted to freeze Funes’ personal bank accounts in light of his inability to explain the source some $728,000.

The prosecution is the most recent in a string of prosecutions against former Central American heads of state. Last month, another former Salvadoran president, Francisco Flores, died while under house arrest on charges of allegedly embezzling $15 million in donations meant for earthquake survivors. In September, former Guatemalan President Otto Pérez Molina resigned from office, was arrested and indicted on corruption charges, all in one week following widespread protests calling for his ouster.

Funes’ election in 2009 was momentous, ending two decades of conservative rule. He is a member of the FMLN party, which was formed by guerrilla rebels during the Salvadoran Civil War. His government was also involved in the historic 2012 truce between El Salvador’s two largest gangs, Barrio 18 and the Mara Salvatrucha 13, though he denies any other association beyond mediation. Negotiations broke down in 2013, leading to record escalations in violence.

Taking to Twitter to denounce the ruling and allegations, the former TV journalist claimed that his lawyers had already proven to the court that the funds came from a legitimate source. He also said that this was not his first time being targeted by four of the justices involved with the case.

A prison riot early this morning has left around 50 people dead in the northeastern Mexican city of Monterrey, local media organizations have reported. The causes of the riot were not immediately clear, and earlier news reports suggested that a fire had broken out at the prison.

The director for the Centers for Disease Control, Dr. Tom Frieden, told a congressional panel on Wednesday that the identification of the Zika virus in two Brazilian babies who died from microcephaly presents “the strongest evidence to date that Zika is the cause of microcephaly.”

An indictment unsealed on Wednesday made public the arrest of John Feit, a former priest, for the 1960 murder of Mexican-American schoolteacher Irene Garza in Texas, a crime that shook the Hispanic community of McAllen, Texas, more than half a century ago.

The New York Times reports on the increased demand for maize from the Mexican state of Oaxaca, which has been fueled by high-end restaurants in places like New York and Los Angeles.

Two planes transporting 236 Cuban migrants left Costa Rica on Wednesday, en route to Nuevo Laredo, Mexico, as part of an agreement to facilitate the migrants’ trip through Central America on their way to the United States.

Scientists are investigating whether the Zika virus or any other disease that could be passed to humans is behind the recent die-off of monkeys in Nicaragua.

Shopping malls in Venezuela will be decreasing their hours by four a day due to a widespread government electricity rationing order.

Bolivian President Evo Morales will be asking auditors to investigate contracts given to the Chinese CAMC Engineering Company, whose senior executive in Bolivia, Gabriela Zapata, happens to be the president’s former girlfriend.

After Peru began operating its new Las Bambas copper mine last month, the country is set to increase its copper output by 19 percent in 2016, thus likely surpassing China as the world’s second-largest copper producer.

Argentina’s newly elected President Mauricio Macri is facing growing tensions with Pope Francis over the arrest on charges of fraud and extortion of the prominent activist Milagro Sala, the leader of the immensely influential Túpac Amaru political organization in the northern province of Jujuy.

The spread of the Zika virus may actually help President Dilma Rousseff’s dismal approval ratings, since her government initiatives against the spread of the virus were met with approval among Brazil’s population, Bloomberg reports.