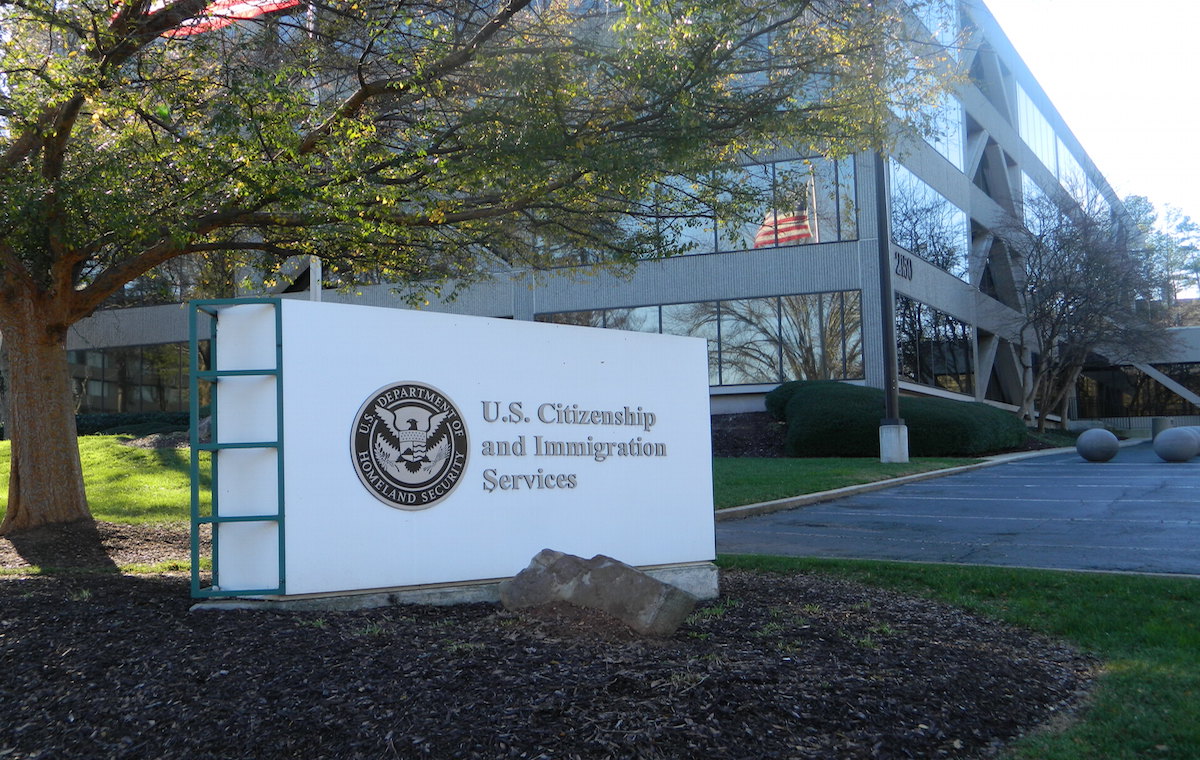 Editor’s Note: This article was originally published in Civic Ideas on February 17, 2016, and is the first in a two-part series. We would like to acknowledge Latin America News Dispatch for sending this story our way.

NEW YORK — Congregating on benches in a downtown Manhattan courtroom, children and their guardians listen to a young woman who stands in front of them talking in Spanish. The speaker, Marielos Ramos, is not a judge.

Wielding a dry erase board, several enlarged legal documents mounted on poster board and wry humor, she identifies the legal rights and resources that could help the children to stay in the United States.

“With a good lawyer, you will be able to tell the judge, ‘Yes, he wasn’t born here, he doesn’t have permission to be here now, but he is eligible to get permission,'” Ramos, a child migration counselor with Catholic Charities, explains to the group. “And with this permission, the child can stay here legally and his case can be closed. But you can’t get to this point without a lawyer.”

According to records obtained by Syracuse University’s Transactional Records Access Clearinghouse (TRAC) from the Executive Office for Immigration Review (EOIR), 52,942 unaccompanied child migrants from Honduras, Guatemala and El Salvador were placed in deportation proceedings in the United States from October 2013 through September 2014. Thousands of these children ended up in New York.

In September 2014, the New York City Council, the Robin Hood Foundation and the New York Community Trust allocated $1.9 million to fund a coalition of organizations to provide migrant youth with legal services and training sessions to learn their rights. Many of the young migrants qualify for asylum or special visas that would allow them to stay here, but it’s nearly impossible to access these forms of relief from deportation without legal representation.

These children and adolescents were among the surge of migrants who crossed the U.S.-Mexico border in 2014. Most were trying to reunite with family in the United States or to flee violence in their countries from a combination of gang activity, police crackdowns and vigilante justice.

Unaccompanied child migrants from countries that do not border the United States are protected from immediate deportation by federal law, the 2008 Trafficking Victims’ Protection Act. Instead, the U.S. Department of Homeland Security is required to turn youth over to the Office of Refugee Resettlement (ORR) within 72 hours. The ORR then settles them with sponsors or in shelters throughout the country as they await their immigration hearings.

While the law slows down the process of deportation, young migrants still face a race against time to find lawyers before their hearings. TRAC indicates that more than 50 percent of youth placed in deportation proceedings since Oct. 1, 2013, lost this race, going unrepresented.

Ramos’ presentation is part of the Legal Orientation Program for Custodians of Unaccompanied Alien Children launched by the EOIR in 2010. Catholic Charities is one of several organizations in New York that received a mix of public and private funding to provide training to children and their guardians about immigration court and acquiring free or low-cost legal representation for their deportation cases.

“When kids aren’t given lawyers, not surprisingly, their rights aren’t fully protected,” said Brett Stark, co-founder of Terra Firma, a medical-legal partnership program that focuses on immigrant youth in New York. According to the TRAC database, a child migrant without a legal expert in her corner only has a 10 percent chance of winning relief from deportation. With a lawyer, her odds jump to 80 percent.

In response to inquiries about the issue of unrepresented child migrants, Kathryn Mattingly, assistant press secretary for the EOIR, said over email that judges often ask minors and their sponsors during the first hearing if they would like more time to find legal representation. She added that they provide them with a list of pro-bono attorneys who might be able to help them.

The children and guardians attending Ramos’s courtroom presentation commuted from all over New York City and Long Island that day to attend their initial deportation hearings. Most of the defendants —the youngest of whom was 4 years old— had been in the country for a matter of weeks. Hardly any of the families had found an attorney, but the judge did issue them a second hearing date to give them more time.

Ramos said that fear of attending the first hearing without representation convinces some families to stay home. In her orientation, she said that this creates problems with the judges. She laid out for the group what would be likely to happen: “The boy or girl did not show up: order of deportation. When they find them, they’ll send them home.”

The TRAC database demonstrates that one fifth of the Central American migrants under the age of 18 were issued removal orders to their home countries between October 2013 and September 2014. Ninety percent of them had no lawyer to represent them.

For the youth deported in absentia, Mattingly says that the removals are justified. When a young migrant fails to show up to a hearing, they may be deported “in absentia if the immigration judge was satisfied that the respondent had notice of the time and place of their hearing, and that the Department of Homeland Security proved its case of the respondent’s removability,” said Mattingly.

This is why Ramos said that in New York, organizations working with unaccompanied migrants encourage them —increasingly with outreach phone calls before their hearings— to show up at the courthouse. Once there, they can usually meet legal experts from organizations such as The Door or Catholic Charities for an initial case screening. This is generally the first step to finding attorneys to represent them.

Most young migrants who obtain representation and secure legal status work with a lawyer to file for asylum or apply for Special Immigrant Juvenile Status (SIJS). Some have strong cases for both while others are clear candidates for one or the other.

For youth who left their countries to escape violence and are filing for asylum, the Department of Justice requires that they demonstrate “past persecution or a well-founded fear of future persecution on account of race, religion, nationality, membership in a particular social group, or political opinion,” according to a 1987 Supreme Court precedent.

Jaya Ramji-Nogales, co-director of the Institute for International Law and Public Policy at Temple University, said that persecution can be hard to prove if an applicant left her country before threats of violence were acted upon. “If someone’s been harmed by the gangs, before they came to the United States, they’re really much more likely to be granted asylum than people who are fleeing without getting hurt, sadly,” said Ramji-Nogales.

Stark is critical of the limitations surrounding asylum eligibility. “There’s still a gap, chasm, a divide between the reality of fearing for your life, and a lack of a bridge, in some cases, to an existing area of support under asylum law,” he said. He felt that this partially defeated its purpose, saying that “the idea of refugee law is not to protect as few people as possible; it’s to protect as many as we can who need help.”

If a young migrant can show that he has been neglected, abused or abandoned by a parent, he may apply for SIJS. Rather than going through a regional asylum office and facing a prosecutor, the SIJS process is partly handled in family court. Stark said that this is better for some youth because family courts “are naturally much more child friendly, and much more — at least by law and by design — open to hearing testimony about the home.” This gives young migrants the chance to provide more context about their lives that will be deemed relevant to their cases for remaining in the country.

While SIJS is generally a faster way to obtain permanent residency, known as a green card, it also has its limitations. Ramos explained to the group at the courthouse that a child who obtains legal status under this process will never be able to petition for a visa for a parent in order to help them get their own green card.

Ramos said that young migrants arriving in New York are lucky compared with their peers who end up in states with fewer resources for their particular needs. “At least New York has this system that we have a project that’s actually working with kids,” she said. “But then we have other places where they’re going… and there’s nothing there.” These are the kids who are most in danger of missing their hearings and receiving orders of deportation.

“The system just really needs more resources to take care of these kids adequately,” Ramji-Nogales said. “We’ve put so many resources into securing the border and just not sufficient resources into making sure we can have an adequate process for these folks.”