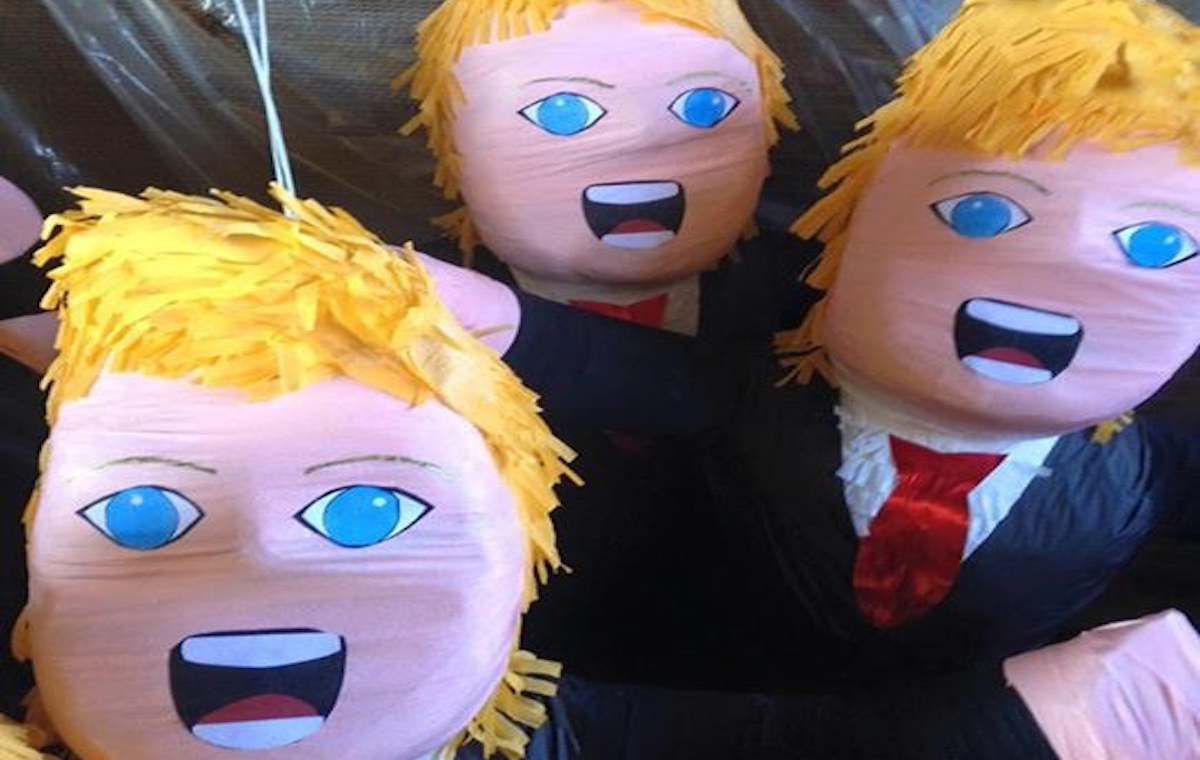 Jennifer De Benito could have had any piñata she wanted for her 14th birthday party. She chose a piñata of Donald Trump.

The three-foot-tall piñatas depict Trump in a business suit with his infamous blonde hair and they’re flying off the shelves on both sides of the U.S.–Mexico border.

Jesús Márquez makes piñatas in Watsonville, a small farming town on the central coast of California. Márquez is from Mexico and says that although Trump’s comments are racist, they have been good for business.

One thought on “The Trump Piñata Business”