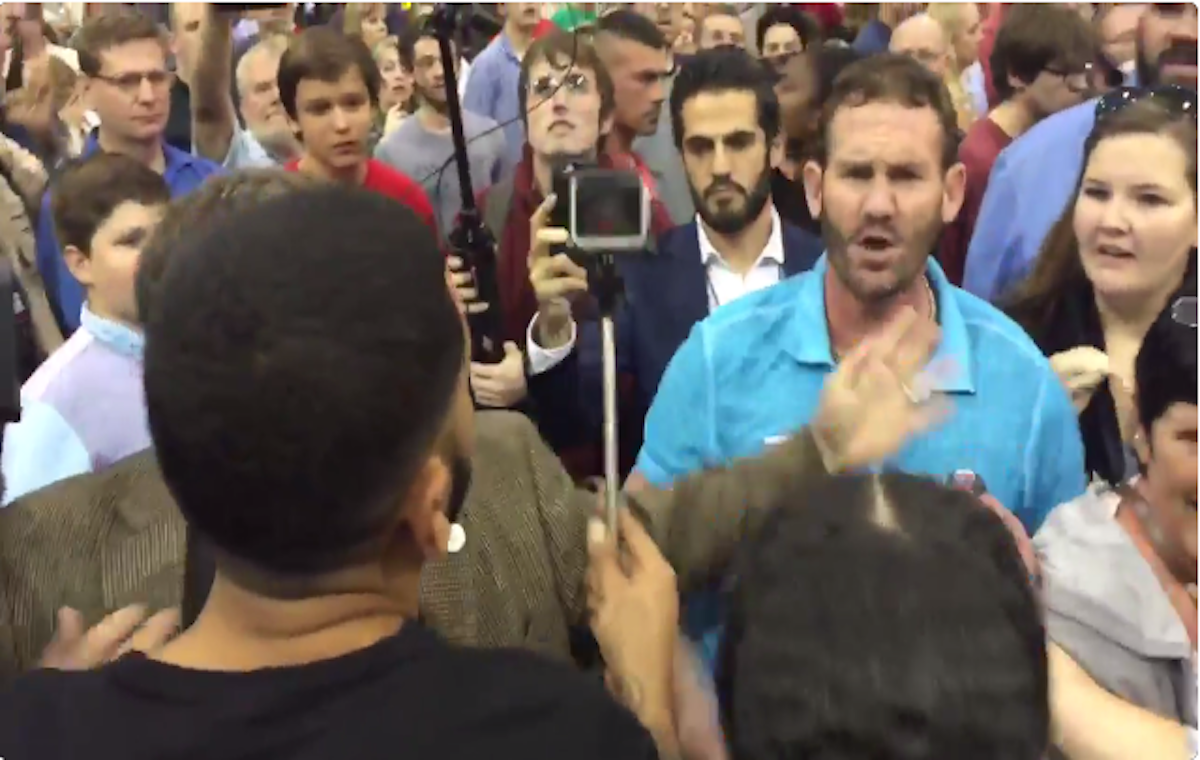 As Donald Trump’s bid for the Republican Party nomination started picking up speed in the fall of 2015, a worrying trend appeared: the candidate’s rallies were increasingly marred by violent scuffles between his supporters and protesters who were drawn by Trump’s increasingly inflammatory comments.

Last November in Alabama, a Black Lives Matter protester was beat up by supporters. Trump later told Fox News that “maybe he should have been roughed up.” A month before that at a Miami rally, a man named Ariel Rojas was knocked down and violently dragged out of the venue by a Trump supporter.

These have not been the only incidents of violence at Trump events.

There’s the story of Ronald Sanchez, an auto mechanic from Richmond, Virginia. The Honduras-native came to the U.S. as a teenager and has a work permit. Fired up by Trump’s infamous statement calling Mexicans criminals and rapists, Sanchez decided to go protest at the candidate’s rally in Richmond in October.

He showed up with his wife and a few friends and joined larger group of protesters at the venue. When Trump began to talk about immigration and deporting people, Sanchez took off his jacket. Underneath, he was wearing a shirt that cursed at Trump on the front, and the words “We Latinos Make America Greater” on the back.

Sanchez and the other protesters chanted “Dump Trump” and many Trump supporters at the event didn’t like that. Sanchez said Trump supporters then started cursing and the group shoving them. Sanchez and his wife got scared and started walking towards the exit when a man rushed up to him, let off a barrage of F-bombs, and spit in his face—point blank.

“It made me feel low, degraded, worthless, literally like a piece of garbage,” Sanchez said. “And to be honest, I kind of felt like I wanted to hit him, but at the same time, I would have lost the whole purpose of my being there.”

The moment was recorded and the video was widely circulated online. Today, when Sanchez looks back at the event, he doesn’t really blame the man who spit on him—he blames Trump saying Trump “is putting wood to the fire.”

“There’s a lot of people that feel that way but were afraid to show it. Now everybody feels strong that they come out of their comfort zone and start being the racist people they are,” Sanchez said. “This is happening because of the strength Donald Trump is giving them.”

Trump’s campaign did not return a request for comment. A Trump spokesperson has gone on the record to say that “the campaign does not condone violence of any kind.”