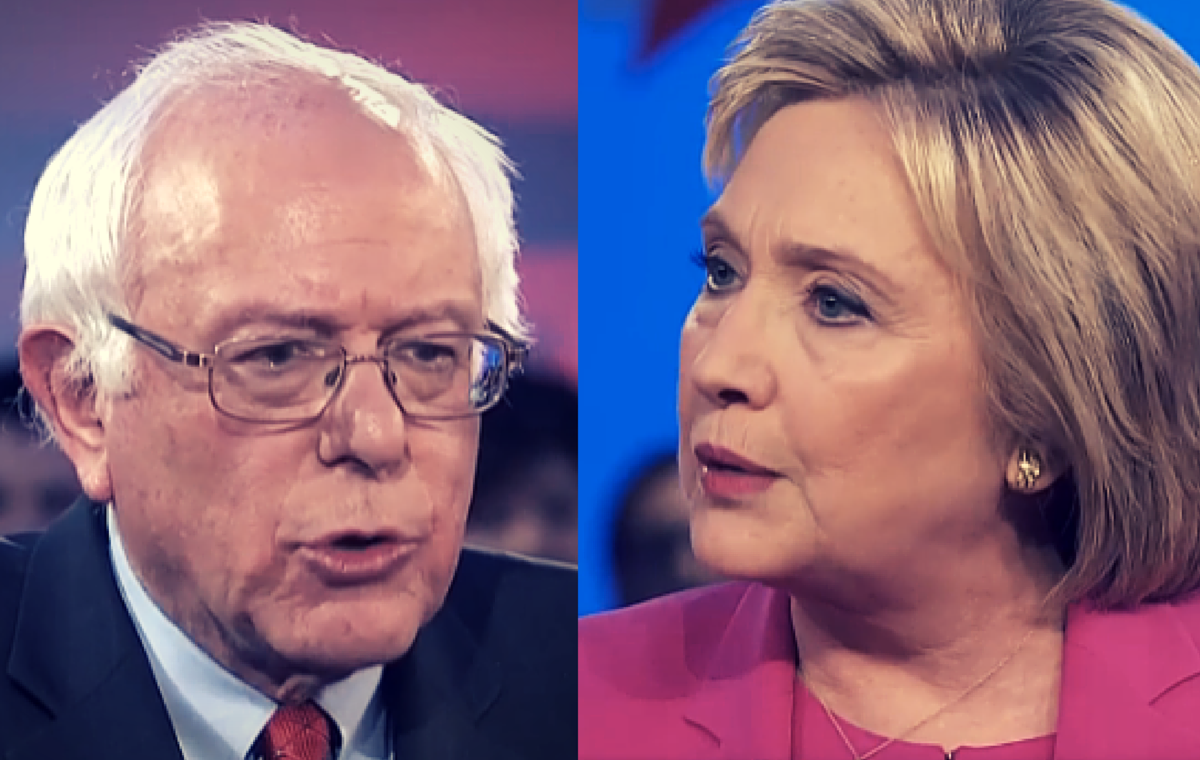 At the MSNBC/Telemundo Town Hall last night in Las Vegas where Spanish questions were peppered with ones in English, Democratic presidential candidate Hillary Clinton said she would make immigration reform legislation a priority of her first 100 days in the White House and also eliminate the controversial three-year and 10-year bars that her husband President Bill Clinton signed into law in 1996 and her opponent Bernie Sanders voted for when he was a member of the House.

Clinton made her 100 days’ commitment when NBC News’ Chuck Todd asked her the following question: “I’ve asked you a few times about the prioritization of immigration reform, and when I’ve asked you about your 100 days priorities, you’ve mentioned a lot of issues, and you haven’t put immigration reform first, and some immigration reform advocates are concerned that if you don’t put it first, the same thing that happened in 07, the same thing in 10, how to do you prevent that, if you don’t make it first —as you know, these legislative lists are hard— and the concern is that if not’s first, may not happen. What do you say?”

CLINTON: Well, when we both had a chance to vote on comprehensive immigration reform in 2007, the bill that Senator Ted Kennedy championed, I voted for it, Senator Sanders voted against it. So I know how important it is to put together a coalition. If I’m fortunate enough to get the Democratic nomination, I will immediately begin working on the priority legislation that I want the Congress to deal with right away and immigration reform will be among those issues.

Clinton then explained that she will begin to work on this legislative agenda even during a general election.

“That’s why I want to get this nomination as quickly as possible so I can get to work on being your president,” Clinton said.

We will have legislation to enact comprehensive immigration reform before Congress within my first 100 days in office.

As for the issue about three-year and 10-year bars, Clinton was answering a question about why she did not support driver’s licenses for undocumented individuals when she a Democratic presidential candidate in 2008:

Back then, it was a state by state determination, and I’m happy that most states understood and moved in the right direction. But what we got to do know is get to comprehensive immigration reform, with a path to citizenship. And I understand that somebody asked Senator Sanders a question because her husband was in Mexico. I don’t know who asked that question. I want to tell you: I will end the three- and 10-year bar provisions so that you do not have to face that ever again.

When MSNBC and Telemundo anchor José Díaz-Balart asked Clinton how she would specifically end those bars, she said that “it does have to be done legislatively. I would do it on two paths: I would do it on a separate piece of legislation and part of comprehensive reform. Because we’ve got to get rid of it.”

Earlier in the town hall, Sanders was asked about the three- and 10-year bars from Aurora Aguilar, whose husband has been in Mexico for years while she and her daughters live in the United States. Here is what Sanders told Aguilar:

Sanders then added: “Clearly those are not the policies that I want to see, and I will change those policies.”

When Aguilar pressed Sanders, he said: “We will use our executive office and power as much as we can. Hopefully, we will have the cooperation of the United States Congress.”

Unlike Clinton’s official immigration plan on her own campaign website, Sanders’ official plan on his website states the following: “A Sanders Administration will work with Congress to end the lengthy, forced and prolonged exit from the country that many immigrants endure when trying to leave the country to adjust their status by rescinding the three-year, ten-year and permanent bars.”

Even though Sanders did not specifically mention his position last night in Nevada —a state where 13% of the registered electorate is Latino— the official Sanders campaign Twitter profile tweeted the following after Clinton said she would eliminate the three- and 10-year bars:

Glad to hear @HillaryClinton's promise to remove the three and ten year bars against returning immigrants put in place by the Clinton admin.

In response, the Clinton campaign’s Twitter profile reminded the Sanders profile that in 1996 Sanders voted for the same bill:

Really @HillaryClinton? It's ok to oppose licenses for our undocumented people because you support CIR?? That's exactly the problem.

Clinton also addressed DACA last night, saying that she will keep making it a “political issue.” She also said that the was “the first person to call out Donald Trump:”

The first immigration question of the night for Sanders gave the Vermont senator the opportunity to repeat his general talking points on why he voted against the 2007 immigration bill:

Later at the town hall, Díaz-Balart asked Clinton a question about the Central American migrant crisis and her 2014 comments on CNN, where the former Secretary of State said the following: “They should be sent back as soon as it can be determined who responsible adults in their families are, because – there are concerns about whether all of them can be sent back, but I think all of them that can be should be reunited with their families….We have to send a clear message: Just because your child gets across the border, that doesn’t mean the child gets to stay. So we don’t want to send a message that is contrary to our laws or willing to encourage more children to make that dangerous journey.”

The following clip shows what Clinton said last night in Las Vegas. She focused on ending private detention centers (last year, Clinton stopped receiving donations from the private prison lobby) and offering more legal help to unaccompanied minors, yet she also did not change her stance on Central America when she repeated the very same talking points from last week’s Wisconsin debate when she said this: “But at the same time, we don’t want children being handled by smugglers and traffickers often being abused and mistreated.”

That response generated another tweet from the Sanders campaign:

"We have to send a clear message, just because your child gets across the border, that doesn't mean the child gets to stay." – HRC, 2014

Nonetheless, Sanders did not address the Central American crisis last night in Las Vegas, as opposed to last week’s Wisconsin debate, when he made it a point to contrast his position from that of Clinton’s. At one point last night, Sanders talked about refugees from Syria and Afghanistan, but did not refer to Central American refugees, a comment he has made in the past.

Emails to both the campaigns about what their respective candidates said about immigration were sent late last night from Latino USA. As of this posting, neither campaign has responded. Tomorrow’s Nevada Caucus is expected to be a very close race and the state’s Latino voters could help sway the contest.