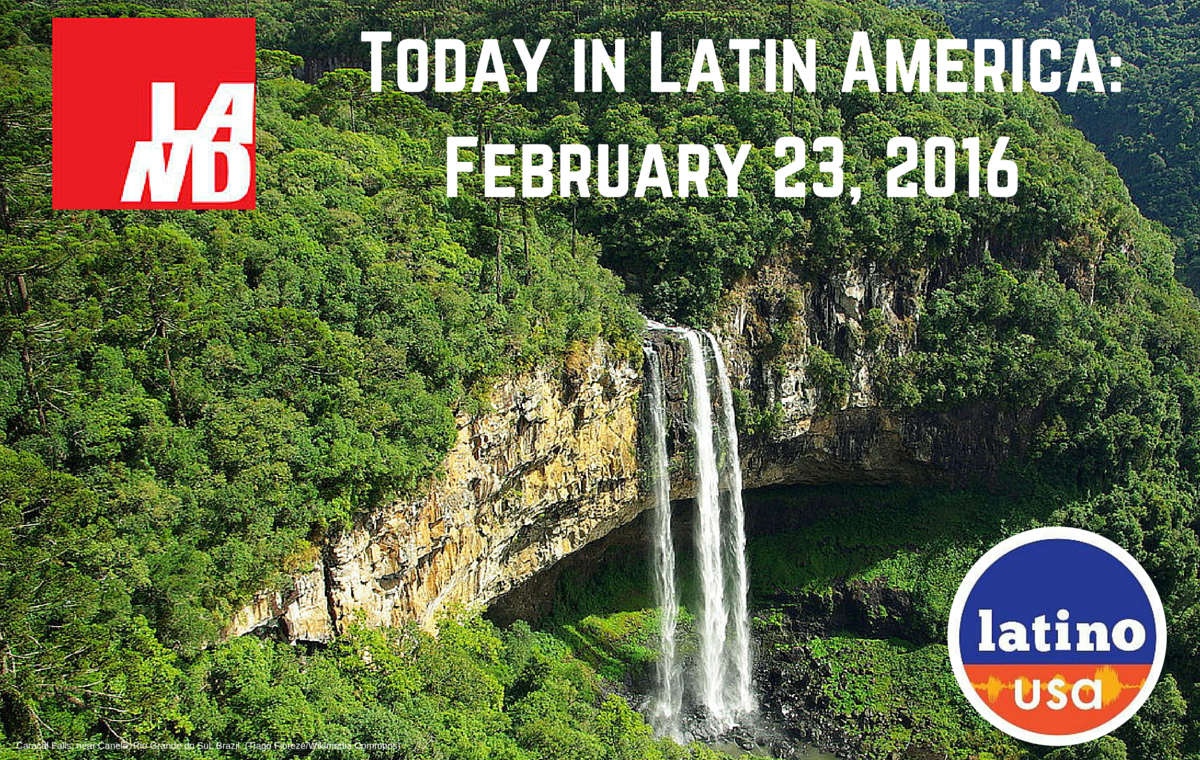 The funds were a small part of what prosecutors allege was a conspiracy to channel billions of dollars in bribes to Workers’ Party politicians and their allies.

The warrants renewed pressure on Rousseff who, since her 2014 re-election, has faced immense popular and political pressure to resign in response to the steep decline of the Brazilian economy, the fallout from the Petrobras scandal, an investigation into illegal campaign funds and a congressional impeachment case that alleges she misused budget funds during the 2014 election.

Those political problems have somewhat dampened as the outbreak of the Zika virus has offered an opportunity for Rousseff to turn the focus on her leadership capabilities and rehabilitate her political image. The eminent arrest of Santana threatens to renew the scrutiny that saw Rousseff receive the lowest approval rating in Brazilian history.

As of Tuesday morning Santana remained free, and his lawyers have stated that he would return to Brazil following his departure from the re-election campaign of the Dominican Republic’s President Danilo Medina.

Child migrants from Central America escape violence in their home countries, only to find a new set of challenges when they arrive in the United States. For some in New York City, as Katie Schlechter reports, the soccer field is one of the few places where they find refuge.

Mexico has moved up the date when foreign businesses will be able to import fuels from the country in an effort to increase investments amid low oil prices.

A Pentagon spokesperson said his administration is expected to meet a Tuesday deadline to send Congress a proposal for President Barack Obama’s long-anticipated plan to close the military prison at Guantanamo Bay, which will inevitably spark a debate among lawmakers.

Cuban President Raúl Castro announced in a front-page message in state-run newspaper Granma that he is planning to send 9,000 soldiers throughout the country to keep the Zika virus out by spraying neighborhoods and eliminating breeding spots for mosquitos.

NPR has a profile of the two U.S. businessmen who are planning to build the first U.S. factory in Cuba since the 1960 embargo, making and selling tractors for farmers in need of new machinery.

CNNMoney met with several Puerto Rican bondholders, finding that nearly 30 percent of Puerto Rico’s debt is held by middle class Puerto Ricans and another 15 percent by working class residents of the U.S. mainland, showing that bonds are not exclusively in the hands of vulture funds.

An international mission that will target sweeping corruption in Honduras was installed Monday, beginning a four-year mandate that hopes to produce structural reform.

The daily violent death toll in El Salvador has risen to 23.5, according to a police director, with over 1,222 people killed in the country since Jan.1, a shocking increase from the previous year.

Panama is planning to airlift some 500 Cuban migrants stranded in their country to Mexico so that they may continue their journey to the United States.

After the public referendum meant to secure President Evo Morales’ chances for a fourth term seemed poised to fail yesterday, President Morales stated on Monday that he was nonetheless holding out hope for a successful outcome as votes were supposed to trickle in from the countryside.

In the wake of peace negotiations between the Colombian government and FARC rebels, the government has increased efforts to identify some of the 28,000 unnamed bodies that have been dumped in unmarked graves in the course of the country’s long, drawn-out conflict.

Bloomberg Business analyzes Venezuela’s potential path toward a sovereign default in the wake of crashing oil prices and high debt.

Argentina’s has settled with some of its bondholders, pledging to pay $250 million and 185 million euros to a number of the country’s holdout foreign creditors.

The International Atomic Energy Agency has promised to help Brazil in its fight against the Zika virus by sending the country gamma ray blasters in order to zap and sterilize male mosquitoes and stop their procreation.

On Monday, a team from the U.S. Center for Disease Control and Prevention met in Brazil to begin a study aimed at determining whether the Zika virus really does cause the birth defect microcephaly.

Reuters reports on the struggles of small-scale copper miners in Chile, who are dealing with the repercussions of a decreased global demand for copper.