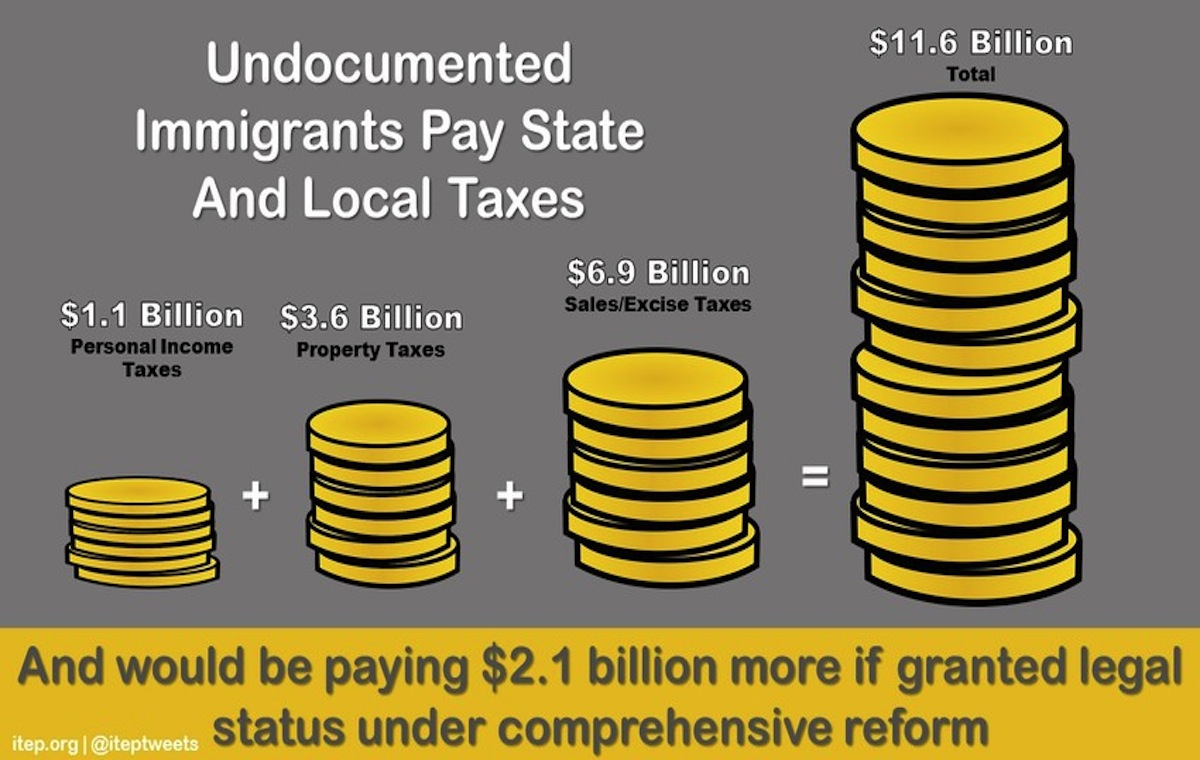 A new report released today by the Institute on Taxation and Economic Policy (ITEP) said that the country’s undocumented population each year has paid more than $11.6 billion in state and local taxes. The study also concluded that the contributions “would increase by more than $800 million” if President Obama’s executive actions on immigration were to be fully implemented and “by more than $2.1 billion” if comprehensive immigration reform were to pass.

Regardless of the politically contentious nature of immigration reform, the data show undocumented immigrants greatly contribute to our nation’s economy, not just in labor but also with tax dollars. With immigration policy playing a key role in state and national debates and President Obama’s 2014 executive action facing review by the Supreme Court, accurate information about the tax contributions of undocumented immigrants is needed now more than ever.

3 thoughts on “Report: Undocumented Immigrants in US Contribute More Than $11.6 Billion to State and Local Taxes”