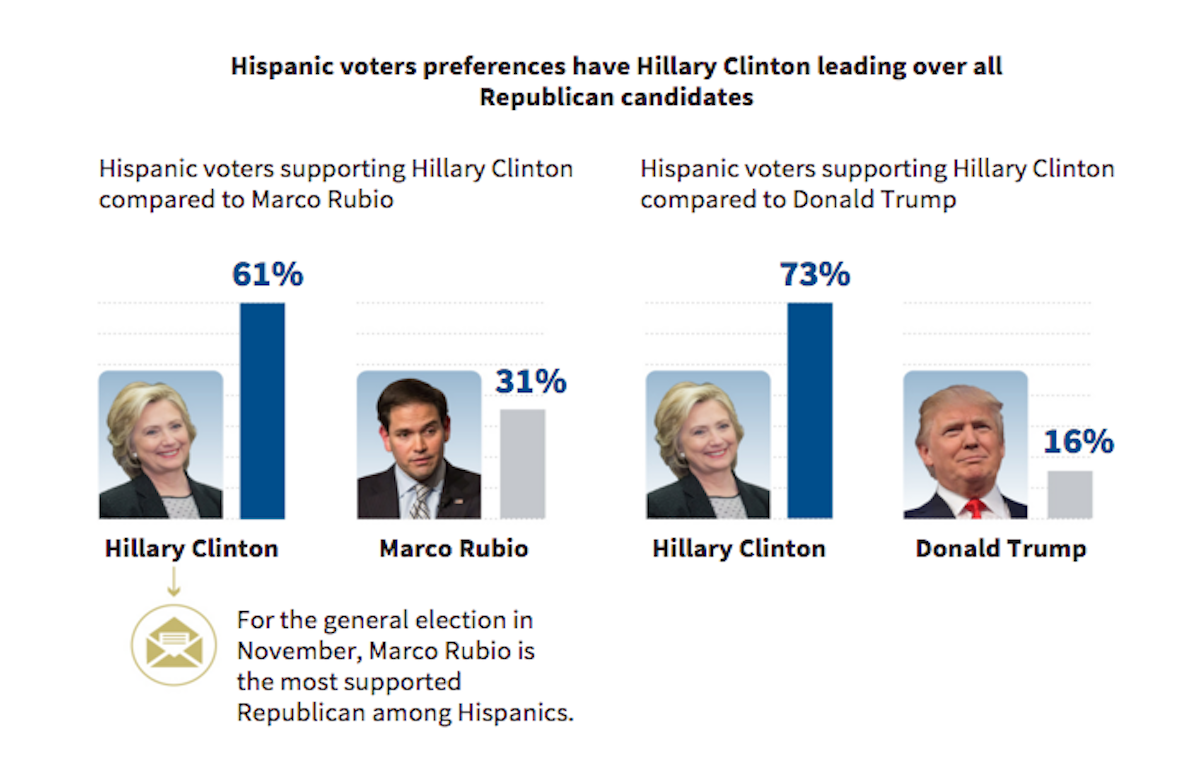 Add one more national poll to the growing list of polls indicating that Republican presidential candidate Donald Trump still has a ‘Latino problem.’ A new Washington Post-Univision poll released earlier today has Trump losing to Marco Rubio with Latino Republicans and not even gaining 20% of the Latino vote in respective head-to-head contests with Democrats Hillary Clinton and Bernie Sanders.

The following screen grabs from Univision’s landing page for the poll summarize some of the toplines. This first image shows that Rubio has an edge over Trump with Latino Republicans. 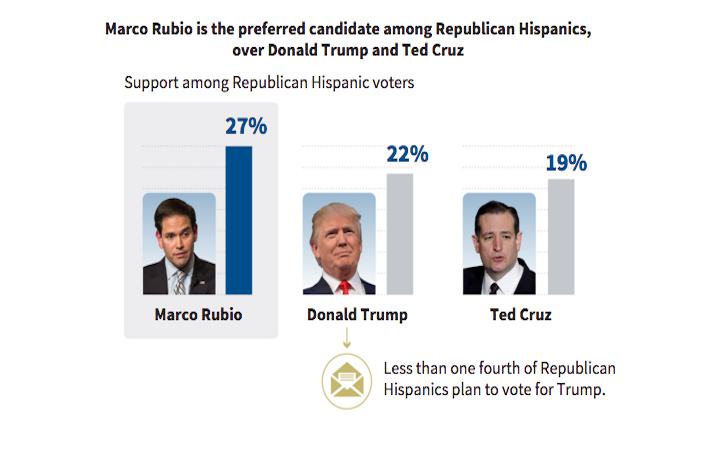 These next two images present Trump’s chances against Clinton or Sanders with Latino voters in a general election. Rubio’s appeal with Latino voters is higher than Trump’s. Rubio surpasses Mitt Romney’s 27% 2012 showing with Latinos, while Trump is less than Bob Dole’s 1996 Latino numbers (21%). 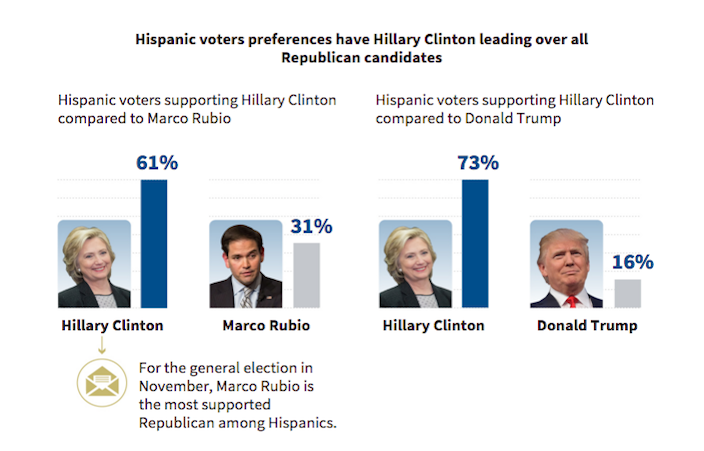 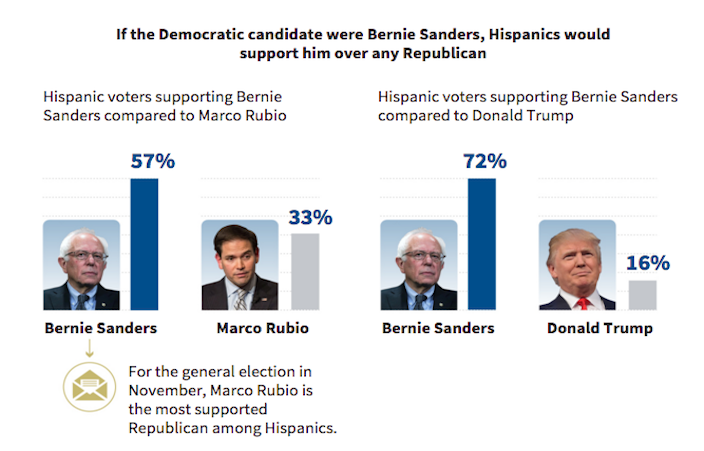 As for Trump’s comments about immigration, this image says that 74% of Latinos found them “offensive” and that 81% of Latinos “hold an unfavorable opinion” of the candidate. 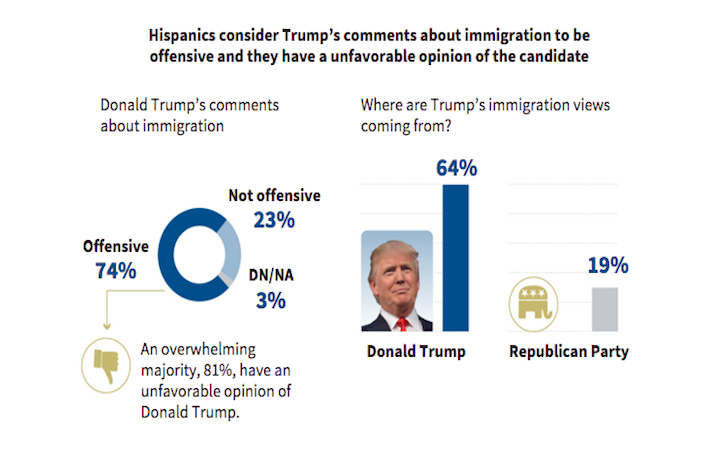 The poll also looked at the Democratic race and how Clinton’s lead with Latinos has gone from 73% last summer to 57% today. Nonetheless, Clinton still has a 29-point Latino advantage over Sanders. 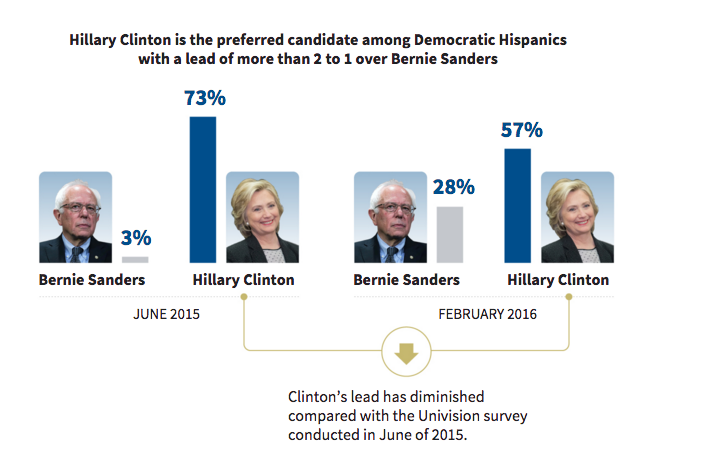 The poll concludes that the Sanders surge with Latino has to do with young voters. Clinton still holds a substantial lead over Sanders with Latinos 35 years and over. 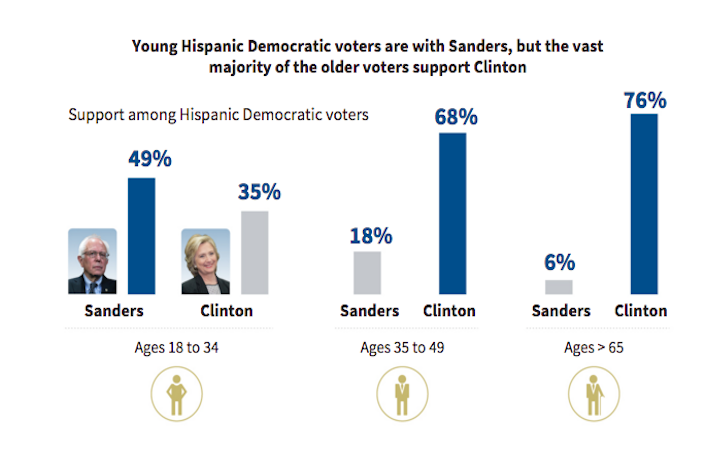 The poll, which occurred via telephone from February 11 through February 18, interviewed 1,200 Latino voters in the United Sates. The full results are below:

Inside An Intensive Care Unit In The Heart Of The Pandemic

The Latino USA Spotify Playlist For Episode #2021: The Moving Border And Inside An ICU