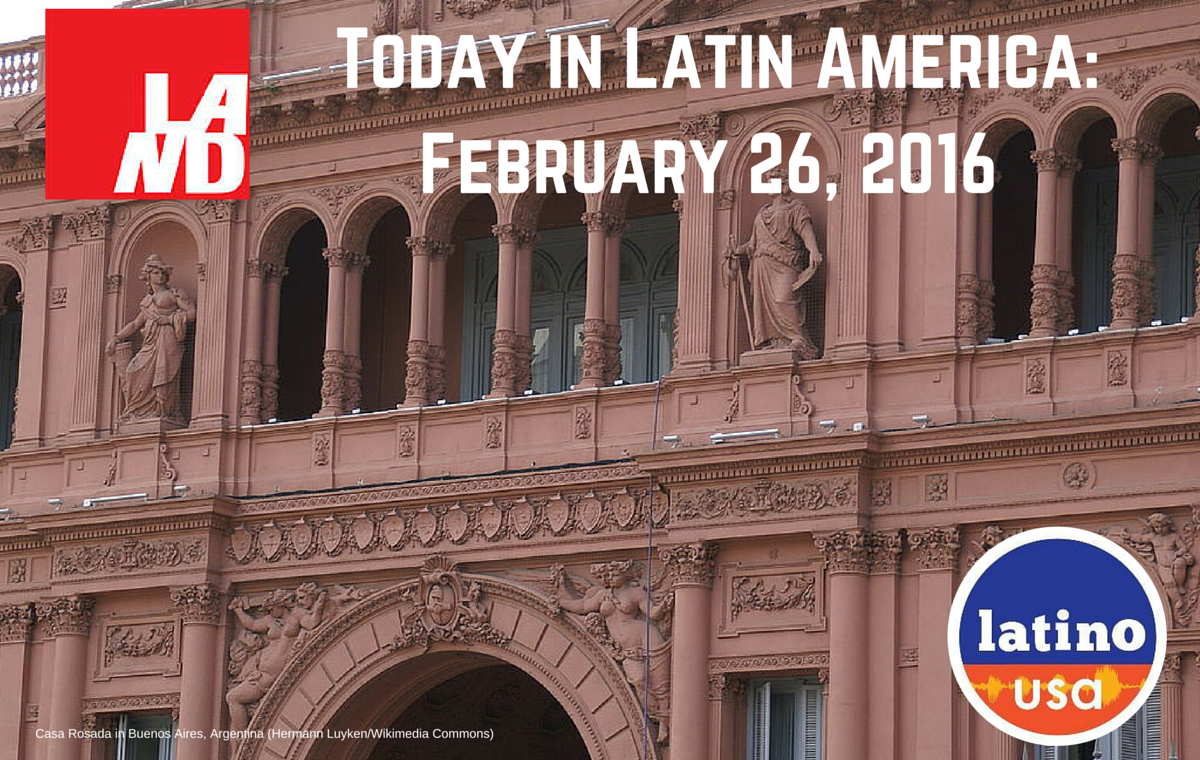 Top Story — An Argentine prosecutor has said he does not believe that his late colleague Alberto Nisman committed suicide, according to an opinion he submitted to an appellate court on Thursday. His statements are the first of their kind from a juridical official describing Nisman’s death last year as a homicide.

Nisman was found dead in his apartment on Jan. 18, 2015, hours before he was to testify to Congress against former President Cristina Fernández de Kirchner and other officials, to accuse them of conspiring with Iran to cover up the country’s alleged role in the 1994 suicide bombing of a Jewish community center that killed 85 people.

The case against Fernández was dismissed, but the death of Nisman has remained source of a mystery and outrage in Argentina. The late prosecutor’s wife appealed the case in a local court, and is urging a federal investigation.

Senior prosecutor Ricardo Sáenz claims that there is evidence that Nisman received threats before his death, and also that he was beaten before receiving a fatal gunshot wound to the head. Investigators found no suicide note, and Sáenz said in his opinion that someone had tampered with Nisman’s phone and computer to delete calls and other information he received just before his death.

Urging the court to listen to the desire of Nisman’s family and open the investigation, Sáenz said, “Nisman was in charge of the investigation of the worst terrorist attack suffered by our country, and he was found dead four days after making very serious accusations for the cover-up of that attack.”

U.S. authorities have alleged that several prominent Puerto Ricans, among them artists, lawyers, and government employees, were involved in a $10 million Medicaid fraud scandal.

On Thursday, Antonio Weiss, who functions as counselor to the U.S. Treasury Secretary, said that Congress should urgently find a solution to Puerto Rico’s debt crisis before the territory spiraled into financial ruin, a position some U.S. lawmakers continue to disagree with.

On Thursday, Lilian Tintori, the wife of the imprisoned Venezuelan opposition leader Leopoldo López, was denied entry into Costa Rica for a democracy forum due to her lack of proof for a yellow fever vaccination.

After four Salvadoran soldiers were detained in El Salvador for the murder of six Jesuit priests in 1989 and threatened with deportation to Spain, a crowd of friends and family gathered in San Salvador to protest their extradition and ask for their release.

U.S. Secretary of State John Kerry said during a House Foreign Affairs meeting Thursday that he intends to meet with Colombian peace negotiators in the coming days to support progress toward a peace accord.

The offices of Brazilian steel company Gerdau were raided Thursday and its CEO called to testify in connection to claims it evaded hundreds of millions of dollars in taxes by paying kickbacks to officials, the latest industrial giant accused of malfeasance since a historic investigation into corruption at the state oil firm Petrobras began in 2014. On Friday, police working on a separate case executed raids in six states and the capital as part of a probe into over-billing and corruption on two major rail projects.

In an article from the Annals of Internal Medicine published Wednesday, Brazilian and American researchers argued that there is little evidence to support the claim that microcephaly in newborns is causally linked to Zika virus, the Associated Press reported Thursday, saying that Brazilian authorities have acted irresponsibly in exaggerating such risks.

Meanwhile, other epidemiologists contend that the virus may have broader health implications than previously thought, as recent testing demonstrated that a stillborn child in Brazil carried Zika, pointing to risks in utero in addition to after birth.

Activist inhabitants of a Rio de Janeiro slum convened Thursday resisting a court order in order to prevent the demolition of their properties, which lie at the site of the 2016 Olympics and where 700 former families have given way to just 50.