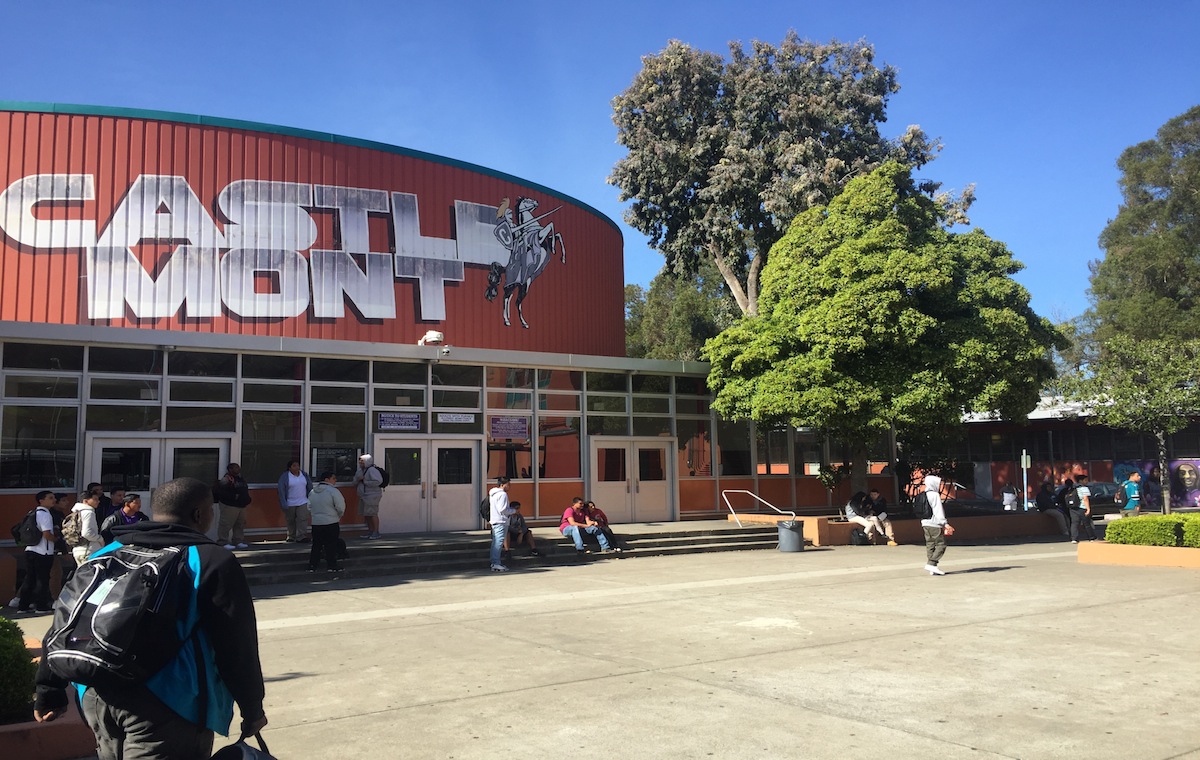 Across the entire country there’s a discipline gap in public, middle and high schools. Black and Latino students are suspended at rates far higher than white students, English-learning students are suspended far higher than native English-speaking students and students with disabilities are suspended far higher than students without disabilities. During the 2011-2012 school year, public schools suspended 3.5 million students—equivalent to nearly the entire population of Los Angeles. But while mass suspension is pervasive, it is not evenly distributed. In other words, certain schools suspend far more students than others. A few years ago, one such school was Castlemont High School in Oakland, California. During the 2012-13 school year, Castlemont suspended students for a total of 700 suspension days.

The problem, of course, is not that punishment is bad, but that suspension both takes students away from valuable instruction and also puts them at a greater risk of ending up in the juvenile justice system by leaving them potentially unsupervised. In other words, suspension is often the first step in a long chain of events that create a school-to-prison pipeline.

Recognizing the need for change, Castlemont High School implemented a restorative justice program aimed at curbing the suspension rate, but also at helping improve student-teacher relationships and ultimately give students the feeling that they have a voice.

View all of The Golden State