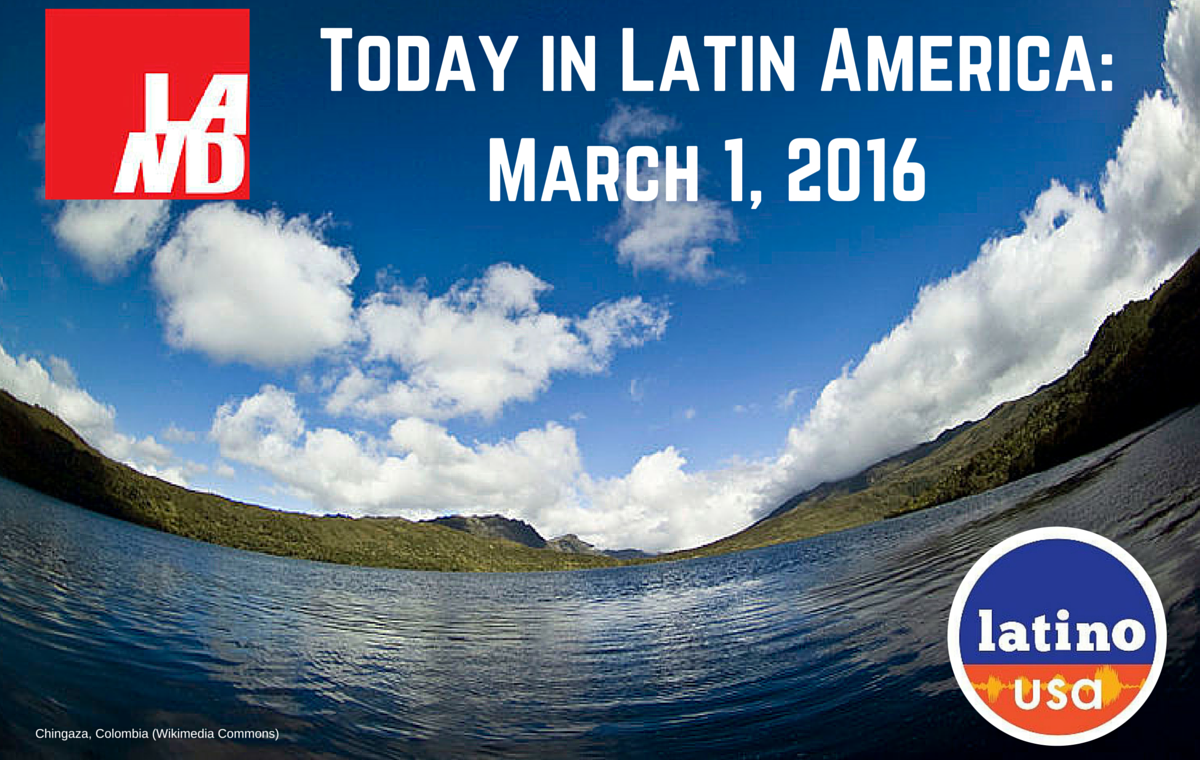 Top Story — Colombian authorities have arrested the brother of current Senator and former President Álvaro Uribe in Medellín on charges of organizing a paramilitary group that was linked to dozens of killings carried out in the 1990s. Santiago Uribe has long maintained his innocence and has been defended by the former president, who is currently traveling in the United States and has yet to comment on the arrest.

The allegations are the latest in a line of scandals that have followed the conservative ex-president. Though he has long denied accusations of paramilitary ties, a public prosecutor called for an official investigation into his possible connection with a 1997 massacre carried out by right-wing paramilitaries. In 2012, his niece was extradited to the United States on drug charges linking her to the Sinaloa Cartel leader Joaquín “El Chapo” Guzmán.

Santiago took a different route from his brother, opting to run the Uribe family cattle ranch in Antioquia state where his brother Álvaro became governor in 1995. Much of the accusations against Santiago come from retired police Major Juan Carlos Meneses, who is currently being investigated for crimes committed by the “12 Apostles” armed group. He alleges the group was run by Santiago, who he says paid the police officer monthly to overlook their operations. Meneses turned himself into authorities in 2014 after returning from a self-imposed exile in Venezuela, but Santiago’s defense team has accused Meneses of lying in court as part of a plot against him.

Meneses has said he has no evidence against former President Uribe, who is best known for his war on leftist rebels in Colombia, largely financed by U.S. military aid through the controversial Plan Colombia. His policies have been criticized for disproportionately targeting left-wing guerrilla groups over right-wing paramilitaries who, along with rebel groups and the military, have been accused of committing human rights violations throughout the country.

Emma Coronel, the common-law wife of Joaquín “El Chapo” Guzmán, said her husband’s health is deteriorating and he’s suffering from nervousness and anxiety because guards at his maximum-security prison interrupt his sleep every few hours for head counts.

A container of the radioactive material iridium-192 was stolen along with a car in Central Mexico over the weekend, prompting the Mexican government to issue an alert as authorities continued to search for the potentially fatal material.

In anticipation of a series of state primary elections on Super Tuesday, the International Business Times provided a run-down of each major candidate’s stance on immigration, from Republican Donald Trump’s notoriously hard-line stance for which he has received much criticism, to Democrat Hillary Clinton’s plan for immigration reform that includes a pathway to citizenship.

The administrators of the Horned Dorset Primavera luxury hotel in Puerto Rico were arrested in a tax evasion case for allegedly withholding over $600,000. Officials from the U.S. territory are cracking down on corruption amid the island’s continued economic crisis.

Meanwhile, the neglect of a cemetery in Guanica, Puerto Rico, has become a public health problem, as accumulated stagnant water has become a breeding site for mosquitoes that could spread the Zika, dengue and chikungunya viruses. The disrepair of the cemetery is just one of countless examples of how Puerto Rico’s ongoing recession has affected health, education and public safety.

Doctors are optimistic that Cuba’s ClimaVax vaccine, which has been effective in treating lung cancer, will be ready for trials in the United States within the year now that resumed diplomatic relations between the two nations have facilitated cooperation on the vaccine’s development.

During his last public address as a leader, Puerto Rican Gov. Alejandro García Padilla called for the legalization of marijuana, saying that it would lower crime in the U.S. territory.

Human rights activists are praising Guatemala’s landmark sexual slavery case that has brought attention to crimes committed against women during the country’s Civil War, with renowned Nobel Peace Prize winner Rigoberta Menchu saying the case should provide a lesson for the rest of the world.

A 29-year-old pregnant woman in Honduras showing symptoms of the Zika virus has also been diagnosed with Guillain-Barré syndrome, a rare neurological condition that causes paralysis, which authorities say could be in the first case in the country that links both conditions. Findings published in the Lancet medical journal indicate strong evidence that the Zika virus can cause Guillain-Barré, with scientists warning that the number of cases could overwhelm Latin America’s intensive care wards.

The family of Gabriela Zapata, the former girlfriend of Bolivian President Evo Morales, has claimed that the couple’s child, who was reported to have died shortly after his birth in 2007 is alive, a fact Morales has greeted as a “great joy.”

The Venezuelan government has opened an investigation into Henrique Capriles, the opposition leader seeking to oust President Nicolás Maduro through a referendum, over budgets he managed as the governor of Miranda state from 2011 to 2013.

Venezuela’s government will soon begin to print larger-denominated currency after massive inflation has lowered the value of the country’s largest bill to less than a U.S. dime on the black market, according to The Associated Press.

Argentine negotiators on Monday reached a deal with almost all of the country’s so-called “holdout” creditors, who will receive some $4.6 billion for bonds on which Argentina defaulted in 2001. If completed, the deal, a key campaign promise of President Mauricio Macri, will allow Argentina to regain access to international credit markets for the first time since the default.

Brazil’s Justice Minister José Eduardo Cardozo left his post on Monday, a move discouraged by a group of police chiefs who expressed concerns that he had been forced out for his failure to curtail an investigation into corruption that has implicated many allies of President Dilma Rousseff.

One year after the mysterious death of Argentine prosecutor Alberto Nisman, the case may be inching closer to being solved following the appearance in court of a former spy and colleague of Nisman on Monday.