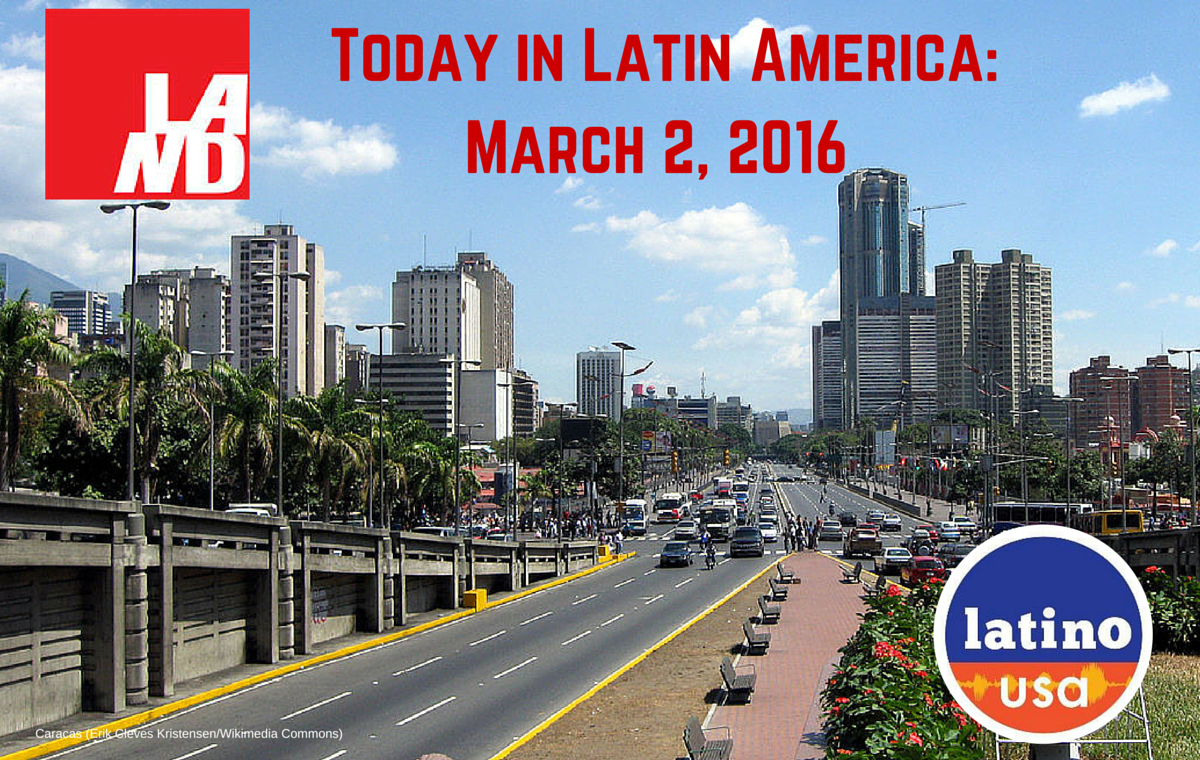 Top Story — Venezuela’s National Assembly will not be permitted to investigate, and potentially reverse, last year’s appointment of 13 new Supreme Court justices following a Tuesday ruling from the same court, which came down hours before legislators were set to debate the issue. The ruling is the latest institutional blow against the opposition-led legislature and its ability to limit the mandate of President Nicolás Maduro.

The ban will likely spur conflict between Maduro’s socialist administration and the legislature, a theme of Venezuelan politics since the Democratic Unity coalition won a “supermajority” of lawmakers in the December election. The lame-duck congress approved the new justices just days before the opposition took control of the legislature in the new year, which opposition leaders say was an attempt to undermine their election victory.

Opposition leaders say that some of the retired judges who left, opening up 13 new positions, may have been forced to quit. Still, the current justices warned the legislature that they would consider any attempt by the lawmakers to reconsider the new appointments as overstepping their authority.

Tuesday’s ruling also comes some two weeks after the Supreme Court voted in favor of Maduro’s declaration of an economic emergency, which gave him decree powers in order to fight runaway inflation. Despite the Supreme Court’s unwillingness to budge on this issue, opposition legislators in the National Assembly recently celebrated a victory it they passed an amnesty law last month seeking the release of 75 political dissidents from prison, including prominent opposition leader Leopoldo López.

An official from the administration of Mexican President Enrique Peña Nieto on Tuesday outlined how the government plans to address the vitriolic rhetoric targeting the country as a result of the U.S. presidential race, which it will reportedly do by meeting privately with nominees, once they are chosen, to highlight the upside of positive U.S.-Mexican relations.

The world’s most endangered marine mammal —the vaquita, a porpoise that lives only in Mexico’s Gulf of California— is being pushed into extinction by China’s lucrative and extensive black market for exotic fish parts, prompting action by Mexican authorities, including its navy.

A new election council in Haiti will seek to determine if a delayed runoff election can feasibly be held by its April deadline, provisional President Jocelerme Privert said Tuesday, amid mounting concerns that a political standoff will once again delay the vote.

The director for the U.S. Centers for Disease Control and Prevention said hundreds of thousands of people in Puerto Rico could become infected with the zika virus in the next few months, which in turn could lead to “thousands” of babies with birth defects based on suspected link between the virus and microcephaly.

An ongoing legal battle between the victims of Haiti’s cholera outbreak and the United Nations reached a U.S. federal appeals panel for the first time on Tuesday, as lawyers for the victims argued the U.N. is not entitled to immunity.

The Rolling Stones announced they will give a “landmark” free concert in Havana on March 25, just three days after U.S. President Barack Obama’s historic visit to the island, in what will be the first open-air concert by a British rock group in Cuba.

The victims of Guatemala’s landmark sexual slavery case are seeking around $3 million in damages, access to health care, a school and land titles, the victims’ lawyers said during a hearing Tuesday.

The Inter-American Court of Human Rights ordered Costa Rica to allow in-vitro fertilization on Tuesday, telling the country, where in-vitro was banned in 2000, to comply with a four-year-old ruling that overturned the ban but has since met several legal obstacles.

Republican presidential candidate Donald Trump’s notorious anti-immigrant stance may be partially behind a recent increase in Central American migration across the U.S.-Mexico border, according to Reuters, as migrants claim to be eager to get into the country before a Republican president tightens policies.

Bolivian President Evo Morales has begun legal action against his former girlfriend, herself currently incarcerated on influence-peddling charges, demanding to see a child he thought had died shortly after birth but that reports reveal may still be alive.

Venezuela’s central bank has filed a lawsuit in the United States against a U.S. currency website that publishes the rate at which Venezuelan bolívars are being exchanged for U.S. dollars in Colombia, claiming that the site is publishing false rates in an effort to further destabilize the Venezuelan economy.

In an address to Argentina’s legislature, President Mauricio Macri criticized the previous administration and stated that the country is “not in good shape,” blaming his predecessor Cristina Fernández de Kirchner for economic and security woes, and evidently signalling that his planned reforms may be painful before they bear fruit.

Brazilian police arrested a regional vice president of Facebook for failing to comply with a court order to acquire messages from the WhatsApp messaging platform related to a suspected drug trafficking ring.

Brazilian newspaper Folha de S.Paulo has reported that executives from the country’s second largest construction company Andrade Gutierrez have testified to illegally paying some of the expenses for President Dilma Rouseff’s 2010 electoral campaign, the most direct link to date to Rousseff’s campaign to emerge from a major corruption investigation.

French prosecutors said Tuesday they will include Rio de Janeiro’s 2016 Olympics bid in an international investigation into corruption in athletics.