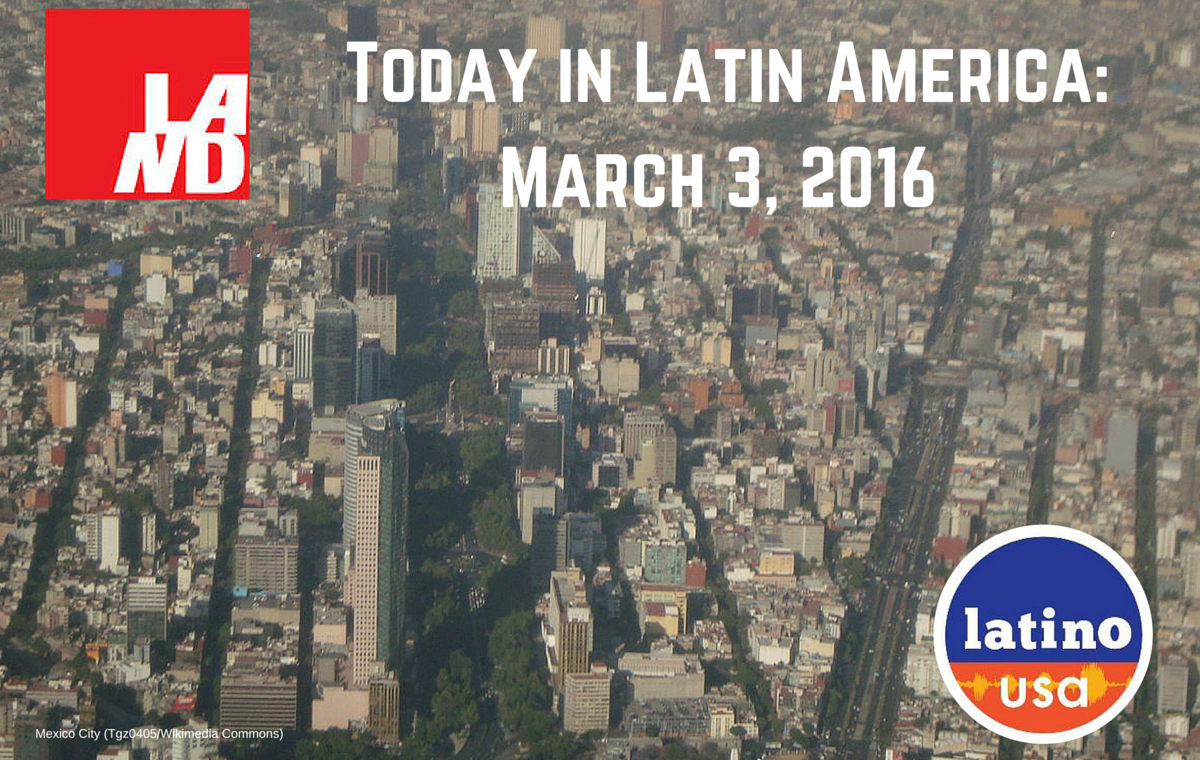 Top Story — Mexico is currently undergoing a “crisis of gross violations of human rights,” according to a report released Wednesday by the Inter-American Commission on Human Rights. On the same day, Mexico’s transparency monitor refused to release the autopsy records of 42 people killed by federal police last May in Michoacán state—a case whose investigation the IACHR characterized in their report as containing “irregularities.”

The report was based on observations made during an IACHR visit to Mexico last fall, and focuses particularly on the issues of forced disappearances, extrajudicial killings and torture, impunity as well as violence against journalists and human rights activists. While it acknowledges the actions that the state has taken to address the current human rights situation, it “confirmed a deep gulf between the legislative and judicial framework and the daily reality millions of people face in accessing justice, violence prevention and other public initiatives.”

The National Institute for Information Access, Mexico’s partially independent agency for transparency oversight, agreed with the government’s decision to deny a Freedom of Information Act request by The Associated Press for access to the Michoacán autopsy reports. They ruled that the records should be kept as a state secret for five years, and stated that they did not contain any evidence that serious human rights violations were committed during the Michoacán killings on May 22, 2015. Yet according to the IACHR report, “photographs and statements from locals appear to indicate possible acts of torture, extrajudicial executions, crime scene tampering and the planting of weapons.” Furthermore, “there was reportedly confirmation that more than 70 percent of the victims had been shot in the back of the neck at point-blank range.”

Mexico has seen a surge of protests during the last year and a half over escalating human rights violations throughout the country. The most recent wave of outrage was touched off by the disappearance of 43 rural teachers-college students just outside of Iguala, Guerrero, on Sept. 26, 2014, launching a global movement to find them. According to government records, they are among some 26,798 individuals registered as missing in Mexico as of Sept. 2015. Among its numerous recommendations throughout its report, the IACHR urged the Mexican government to improve transparency measures and create an independent forensic service agency for the investigation of disappearances and violence involving state security forces.

Former Sinaloa Cartel kingpin Joaquín “El Chapo” Guzmán is reportedly considering extradition to the United States and entering a guilty plea under the conditions that he is given a reduced sentence in a medium security prison —despite no such deal existing from U.S. prosecutors— in order to escape his current sleep-depriving conditions in Mexico.

A Pennsylvania priest was convicted to 17 years in prison for sexual tourism and the molestation of two Honduran children, crimes committed while he was on mission trips to the Central American country.

The new rector of Mexico’s National Autonomous University has promised not to raise fees at the university, where fee raises of $75 a semester in 1999 saw massive protests, canceled classes and the resignation of the acting rector.

The Associated Press reports on the continuing cases of cholera in Haiti after an outbreak began in 2010, sickening as much as 7 percent of the country’s population. Some researchers have linked the cholera outbreak to untreated sewage from a U.N. peacekeeper base on the country’s biggest river.

Yesterday was the deadline for U.S. airlines to submit requests to the Department of Transportation for routes flying to Cuba, and the Miami Herald reports on the different proposals submitted.

Cuba has confirmed the first case of the Zika virus on the island was imported by a Venezuelan doctor who remains under quarantine.

The 11 victims in Guatemala’s landmark sexual slavery case dating back to the country’s civil war were each awarded $97,500 in damages to be paid by their former military and paramilitary abusers.

Murder rates in El Salvador have more than doubled those of the previous year —the highest since the country’s civil war— to reach 23.3 murders per day.

Students in Venezuelan city of San Cristóbal clashed with police on Wednesday during protests against what they see as President Nicolás Maduro’s stacking of the Supreme Court.

According to Venezuela’s Oil Minister Eulogio Del Pino, more than 15 countries are expected to attend a meeting to discuss an output freeze plan and further measures to counteract dropping oil prices.

Ecuadorian President Rafael Correa gave an interview with the Ecuadorian Broadcasting Association, stating that he believed a Donald Trump presidency in the United States could be beneficial for Latin America, since it may lead to a rise in progressive trends across the region.

After Argentine negotiators reached a deal to settle the country’s billion-dollar bond dispute, the South American country is poised to once again enter the international credit market and be eligible to borrow international funds.

On Wednesday, Brazil’s Chamber of Deputies’ Ethics Committee approved an investigation into the speaker of the lower house, Eduardo Cunha, and his denial during a congressional hearing of possessing bank accounts overseas.