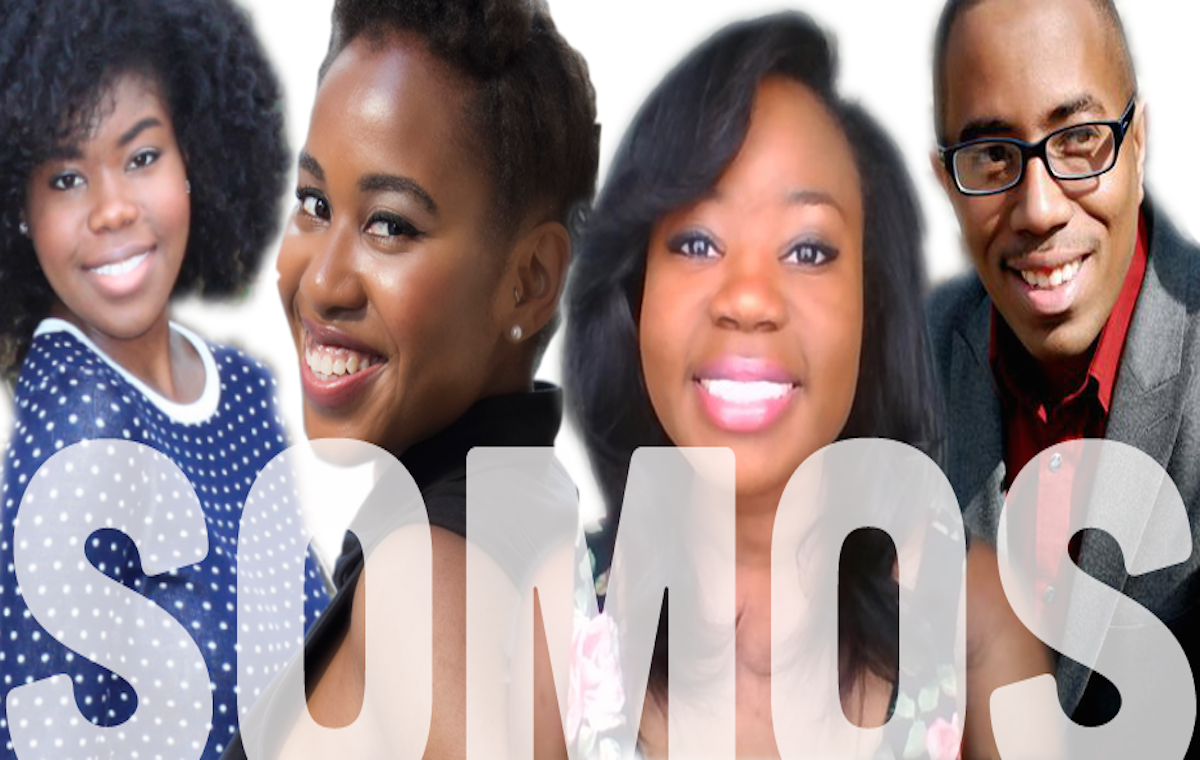 As we focus on Afro-Latino identity and issues, we wanted to start by going to people who live it every day.

In this segment we hear four people talk about what being Afro-Latino means to them. We meet an entrepreneur, an author and two sisters trying to educate others through the Internet.

They tell us about facing racism, their issues with the media and the way people have reacted to them over the years. (“Somos” means “we are.”) Anthony Otero, a Bronx native, Syracuse University alum, Afro-Latino blogger, and frequent contributor to the Huffington Post, has aspired to be a published author for most of his life. He wrote his first novel as a therapeutic outlet while recovering from his divorce and realized that his story can shed light on a man’s side of a love story—an underrepresented angle.

His first book, “Hanging Upside Down”, is a fiction novel that explores the pressures men face after divorce, the consequences of letting good intentions go astray, and how a single turn of events can change the world as they know it. With support from his family, friends, and fellow Latino alumni at Syracuse, Anthony delivered a whirlwind, twist-turning, and explicit story of a man rediscovering the world around him before finally facing his “global warming.” Victoria Arzu is the co-founder of Proyecto Más Color. Victoria is a first generation Honduran-American of Garifuna descent. Victoria was born in Fort Sill, Oklahoma and later moved to Katy, TX where she spent her middle school and high school years. Victoria graduated cum laude from the University of Houston with a Bachelor’s degree in Political Science. Victoria now attends Atlanta’s John Marshall Law School and aspires to be either and immigration or an international lawyer. Victoria is very passionate about social justice and equality and would like to see that reflected in Latin American media. Since she was a little girl she had noticed the racial inequities and stereotypes portrayed on Spanish soap operas, and with Proyecto Más Color she aspires to put an end to this. Her dream is to see positive and honorable portrayals of Indigenous and Afro-Latinos integrated into the daily programming of Univision and Telemundo. Victoria is 26 years old. Sophia Arzu is the co-founder of Proyecto Más Color. Sophia is a first generation Honduran-American of Garifuna descent. Sophia was born in Ft. Sill, Oklahoma, but she spent most of her childhood in Katy, TX. Sophia and her parents later moved to Georgia where she spent her high school and college years. Sophia now attends Georgia State University and is studying Communications & Journalism. Sophia enjoys listening to music and producing YouTube videos. From a young age, Sophia has noticed the racial disparity in Latin American television shows and her dream is to put an end to the discriminatory nature of Latin American media so that one day, her children can see Afro-Latinos like her on television. Sophia is 21 years old. One thought on “Somos: Afro-Latino”