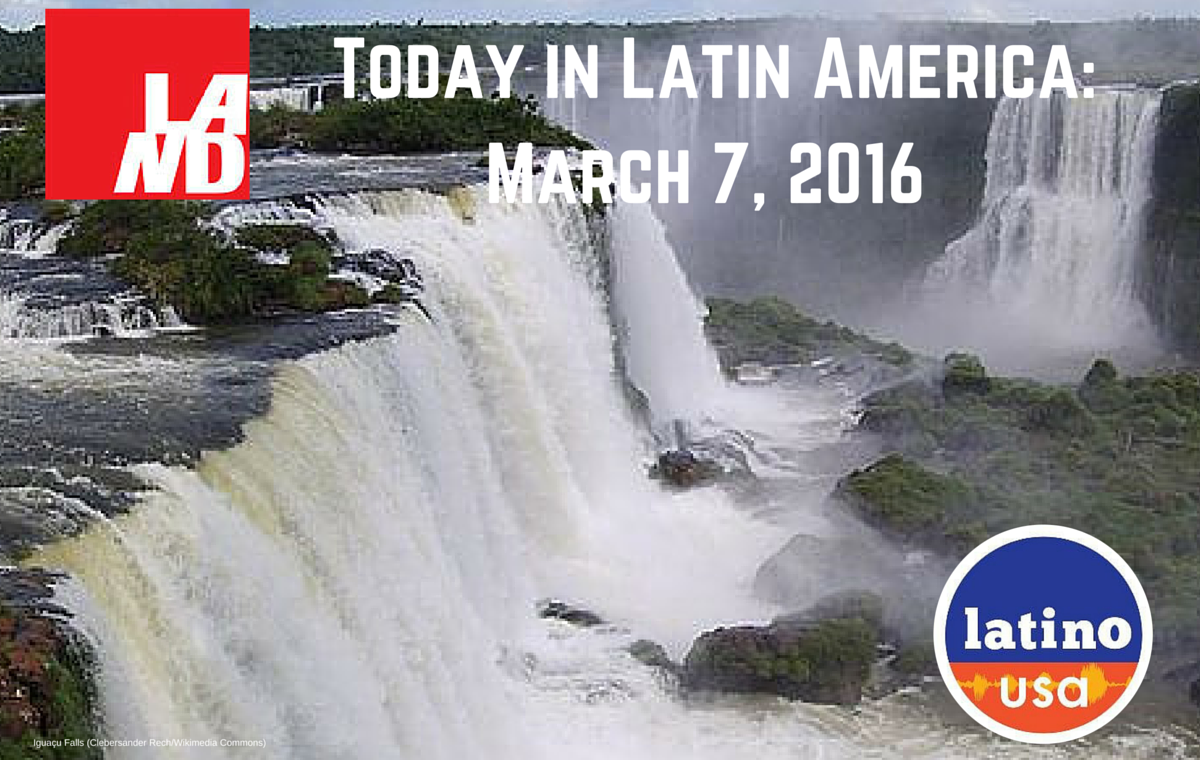 In an interview with daily newspaper Folha de S. Paulo, Supreme Court Minister Marco Aurélio Mello decried the decision, made by Federal Judge Sergio Moro, to effectively detain Silva for questioning. Mello said that coerced questioning is an appropriate move only when “a citizen shows resistance and doesn’t show up to testify. And Lula was never subpoenaed.”

Moro, the judge overseeing the multi-billion-dollar graft case at partially state-run oil company Petrobrás, said that he chose to employ coercive questioning to avoid any chaos, as occurred in February at a forum where the former president was expected to testify. According to a police report handed over to Moro on Sunday, Silva told officers at the scene that he would only leave his residence in handcuffs.

Silva was taken in for questioning by Federal Police officers from his residence in São Paulo state on Friday morning, as part of a massive graft investigation known colloquially as Operation Car Wash, which has taken down key members of the ruling Workers’ Party. The development immediately mobilized party faithful and opponents, who clashed in front of Silva’s residence and at Congonhas Airport, where the former president was being questioned.

On Thursday, weekly magazine ISTOÉ revealed the contents of a plea deal being negotiated by Workers’ Party Senator Delcídio do Amaral, in which he asserts that Silva knew about the scheme at Petrobrás, and that current President Dilma Rousseff attempted to interfere in the investigation. Rousseff repudiated the accusations, saying that, if they were in fact made as part of a plea deal, they were spurred “by the immoral and petty desire for revenge.” Rousseff expressed “total unconformity” with Silva’s coerced questioning.

Silva, who addressed Workers’ Party members during a rally late on Friday, did not back down from his previously expressed desire to run for president in 2018. “If they are a cent more honest than I,” he said about his accusers, “then I will leave politics.”

Opposition politicians in Mexico are urging an investigation into comments made by Joaquín “El Chapo” Guzmán’s daughter that her father “poured money into politics” and that authorities were involved in his escape from a maximum-security prison last year.

National Geographic photographed the U.S.-Mexico border to reveal what the security between the two countries actually looks like amid ongoing speculation and controversy during the U.S. presidential campaign.

A U.S. federal immigration lawyer argued that toddlers can defend themselves in court, saying in a deposition that he’s taught immigration law to three and four-year-olds, a statement that has generated controversy as increased numbers of young unaccompanied migrants have been facing deportation hearings.

Health officials in Haiti are concerned over a recent outbreak of alcohol poisoning from a popular, locally made moonshine, with two congressmen calling for a special investigative commission.

Republican presidential candidate Marco Rubio won 71 percent of the vote in Puerto Rico’s Republican primary election Sunday. He was the only candidate to campaign in the U.S. territory, and with his large margin of victory managed to take all 23 available delegates.

The New York Times highlights the strategic maneuvering by both Cuba and the United States involved in President Barack Obama’s historic visit to Cuba due to the high stakes involved in the trip, “which can either be the vindication or the refutation of Obama’s approach in Cuba.”

On Sunday, U.S. electronic music duo Major Lazer performed a free concert for tens of thousands of fans in front of the U.S. Embassy in Havana, making them the first major U.S. artist to perform in Cuba since 1962.

At least 10 people were shot and killed by five men dressed in police uniforms and wielding AK-47 assault rifles in a billiards hall in the Honduran capital city of Tegucigalpa on Saturday.

Honduras’ ruling party proposed current president Juan Orlando Hernández as their candidate for 2017 presidential elections, a move that will likely reignite an ongoing debate over re-election in the country following the Supreme Court’s decision last April to strike down a law that banned presidents from running for a second term.

The Guardian reviews the details of a male prostitution scandal that was allegedly led by senior Colombian police officials, and reportedly saw high-ranking officers and lawmakers pay for sexual services from cadets in the national police academy. The fallout from the scandal has led to the resignation of a senator, an investigation into the chief of police and the forced resignation of the journalist responsible for breaking the story.

A BBC report looks into the debate surrounding a controversial bill in Venezuela that would provide residents of government-funded housing units the deeds to their properties, thus allowing them to sell at market value.

Venezuelan investigators are looking into the disappearance of 28 miners on Friday, who some fear may have been killed by a gang attempting to control a mine near the town of Tumeremo.

Bolivia and Russia’s state-owned atomic energy company have provisionally agreed to build a $300 million nuclear facility on the outskirts of La Paz, a decision that has been met with concern by opposition politicians who fear the negative environmental risks.

Scientists in Colombia have confirmed the first cases of Zika-related birth defects in three children, with researchers expecting a rise in birth defect cases in the coming months. U.S. researchers, though cautioning that their research is not yet definitive, have recently found that the virus kills tissue found in developing brains.

The New York Times has published an extensive “snapshot” of the growing corruption scandal in Brazil, detailing the biggest events and major players.

Two women were injured in a Buenos Aires shooting that took place during a gathering of the small, leftist New Encounter party, a sign that party officials describe as a “situation of violence in which some feel empowered to react in this way” following the election of conservative politician Mauricio Macri to the presidency.