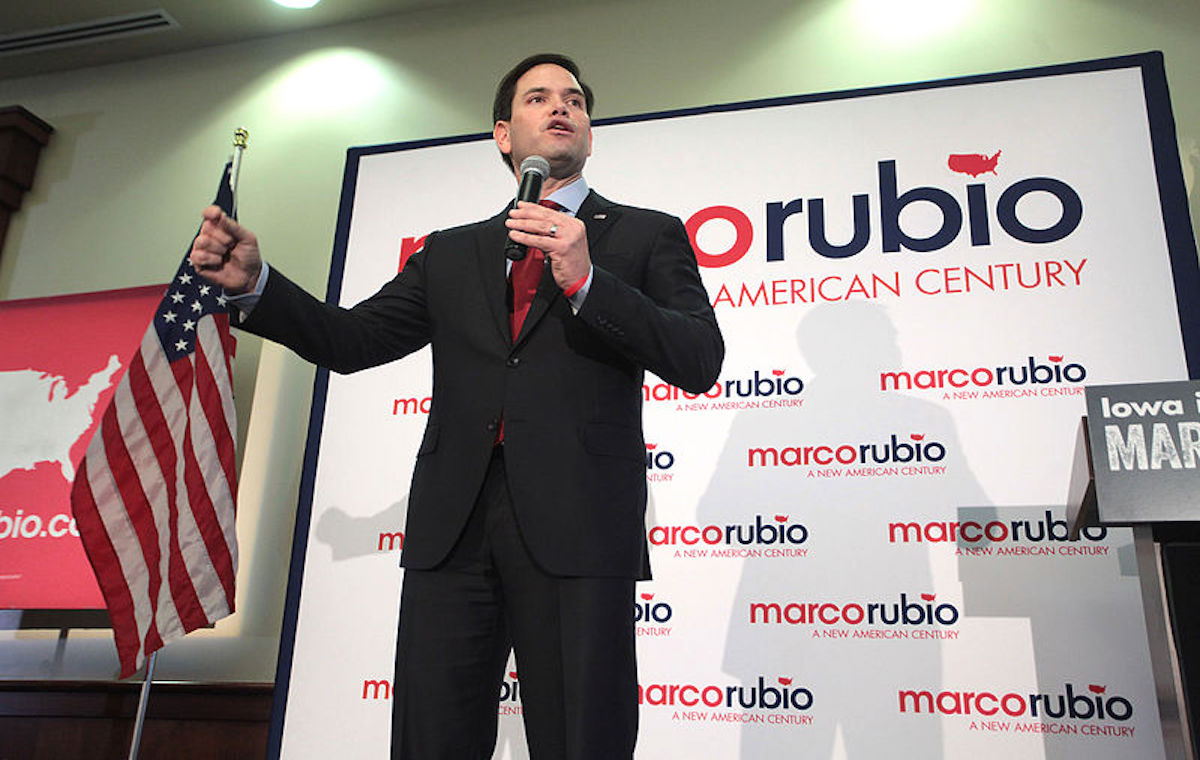 A new report from Media Matters for America said that Florida senator and Republican presidential candidate Marco Rubio was the only Latino guest in 2015 to appear on the Sunday morning news shows to discuss the politics of climate change, Latino USA has learned.

According to the report, just 33 guests made Sunday national televisions appearances to debate climate change. As the sole Latino from that pool of guests, Rubio appeared on networks like Fox News Channel and CBS, clarifying his positions about whether increased human activity has led to climate change.

“What I said is that humans are not responsible for climate change in the way some of these people out there are trying to make us believe, for the following reason: I believe the climate is changing, because there’s never been a moment where the climate is not changing.” Rubio said last April on Face the Nation. “The question is what percentage of that—or what is due to human activity?”

Rubio’s views do not align with current national polling about Latinos and climate change.

For example, a 2015 poll conducted by Latino Decisions (whose co-founders now work for the Hillary Clinton campaign) and reported by NPR concluded that “sixty-six percent of Latinos… believe human activities are to blame for global warming, compared with 57 percent of the general population, according to a Gallup survey [in 2014].”

Another 2015 national poll “found that Hispanics are more likely than non-Hispanic whites to view global warming as a problem that affects them personally. It also found that they are more likely to support policies, such as taxes and regulations on greenhouse gas pollution, aimed at curbing it.”

The Media Matters report is an extension of “How Broadcast Networks Covered Climate Change In 2015,” a study published on March 7.