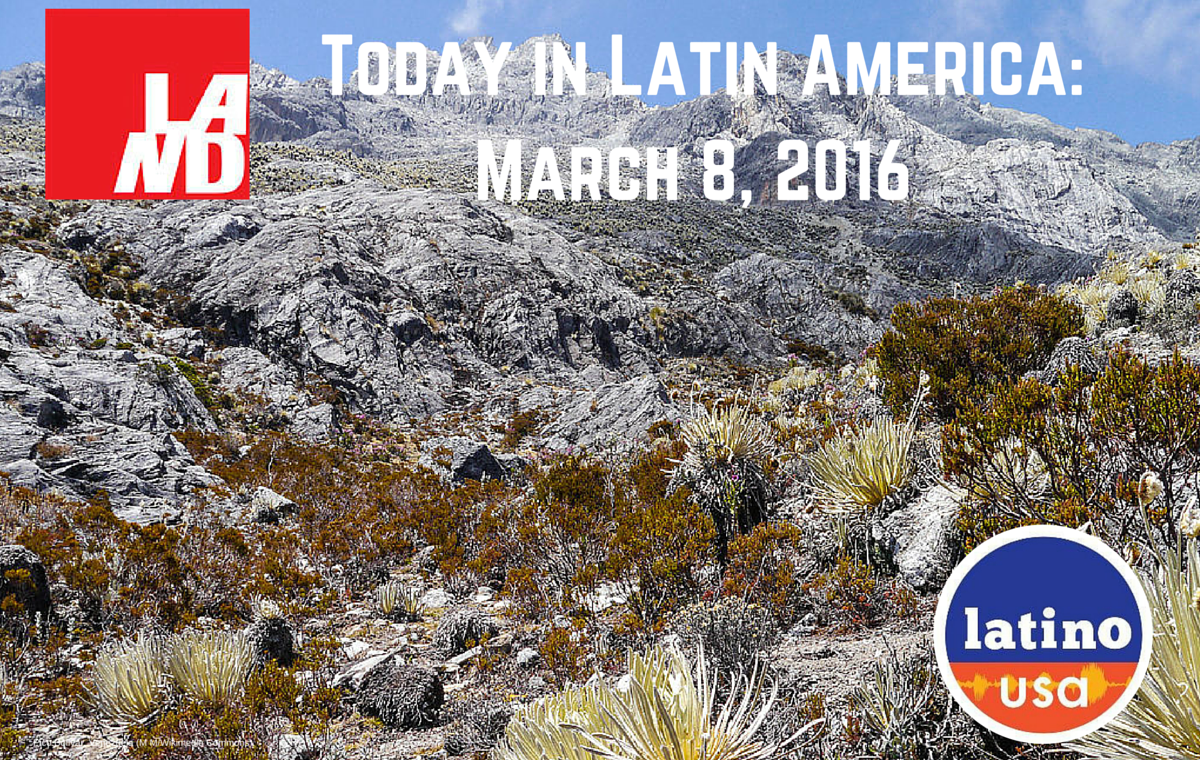 Top Story — Venezuela’s government said Monday it is investigating the disappearance of 28 gold miners in the state of Bolívar, highlighting the importance of illicit mining as a source of income in the country’s flailing economy.

The miners’ disappearance was first noted on Saturday, the BBC reported, and quickly led to protests by family members demanding action from the authorities.

Eyewitness accounts cited in local media reports suggest the miners were killed by a criminal gang seeking to take over the mine near the town of Tumeremo. Gangs in Venezuela and neighboring Colombia are known to be heavily involved in the lucrative business of wildcat wines.

Bolívar state Gov. Francisco Rangel Gómez, a member of the ruling United Socialist Party (PSUV), said Monday that the reports were merely rumors and that security forces had been sent to investigate the incident.

Several opposition leaders, however, alleged that the government was trying to cover up the incident. The president of the National Assembly, Henry Ramos Allup, went so far as to write on Twitter, “Unbelievable: 28 miners are assassinated by the government’s armed forces in Tumeremo and Governor Rangel Gómez denies it.”

Illegal mining has taken hold in Venezuela, where workers are seeking opportunities to mitigate the effects of a struggling economy. As InSight Crime noted in June, a report by the Venezuelan environmental non-profit Center for Ecological Investigations estimated that from 2013 to 2014 alone, the destruction of land linked to illegal mining rose 40 percent in the Guayana region of eastern Venezuela, which includes Bolívar state.

President Nicolás Maduro has recently attempted to gain more control over the country’s mining sector by requiring gold miners to go into partnership with the government, and Rangel said that government officials were taking a census of the more than 6,000 wildcat miners near Tumeremo.

In Venezuela, as in neighboring countries like Peru and Colombia, military forces are sometimes deployed to curb illegal mining, and have been accused of using excessive force.

Mexico’s National Human Rights Commission released a recommendation to the government Monday condemning a rise in attacks on activists in the county — ranging from robberies to murders — and urging officials to protect civil rights defenders.

Drug lord Joaquín “El Chapo” Guzmán is embarking on a campaign to loosen the security measures at the prison where he is being held after his daughter expressed that Guzmán has been unable to sleep through routine bed checks, according to a Monday statement by the Mexican government.

In an interview published in the Excelsior newspaper Monday, Mexican President Enrique Peña Nieto likened the rhetoric of Republican presidential candidate Donald Trump to that of dictators Adolf Hitler and Benito Mussolini, just the latest example of a Mexican leader stepping forward to condemn Trump and highlighting how his campaign is putting a strain on U.S.-Mexico relations.

The archdiocese of Mexico City publicly condemned a criticism Pope Francis made of local bishops during his visit to the country in February, saying that the Pope had been given “bad advice.”

Cuban entrepreneurs have managed to create something that closely resembles a private education sector through the creation of dozens of after-school and weekend programs that emphasize subjects like English and the arts, which are often neglected in the country’s public school system.

Twenty members of U.S. Congress are accompanying President Barack Obama on his historic trip to Cuba later this month, with sources saying the delegation will include both Republican and Democratic lawmakers to underscore bipartisan support for normalized relations with Cuba. It is also believed Obama is considering further measures to ease travel and trade restrictions with Cuba, according to Reuters.

The United States is arranging a funded shipment of blood products to Puerto Rico to ensure the U.S. territory has an adequate supply of safe blood amid a potentially sweeping outbreak of the Zika virus.

El Salvador’s President Salvador Sánchez Cerén said he has brought together all three branches of the government to consider new measures to combat spiraling gang violence in the country, telling reporters he is still undecided as to whether he will declare a state of national emergency.

El Salvador’s Supreme Court has ordered an investigation into former president Tony Saca for alleged illegal enrichment, freezing five bank accounts linked to Saca and his wife and seizing several of his properties.

The New York Times reports on ongoing violent skirmishes in Nicaragua between the leftist government of President Daniel Ortega and right-wing Contra rebels, now nicknamed “the rearmed.” The situation is reminiscent of the country’s conflict in the 1980s, except that the United States is no longer covertly funding Contra rebels against Ortega’s government.

The Miami Herald reports on the continued efforts by Venezuela’s Central Bank to shut down a popular U.S.-based site run by Venezuelan exiles, which publishes the black market exchange rate of Venezuelan bolivars in currency houses across the border in Colombia.

Colombian President Juan Manuel Santos has announced the resignation of the country’s mines and energy minister, Tomás González, as the country continues to struggle with energy generation problems caused by a severe drought that began last year and has damaged power generators.

Members of the Wampis indigenous community in Peru’s Amazon region have taken at least eight government officials hostage in protest over an oil spill on their lands, government authorities announced on Monday.

Colombia has fined the taxi service Uber $140,000 for operating unauthorized taxis, the first fine the controversial company has faced in Colombia.

The ethics council of Brazil’s lower house of Congress has officially informed lower house speaker Eduardo Cunha that he will face an ethics investigation concerning his alleged use of secret Swiss bank accounts.

Bloomberg Business reports on what it calls “one of its most important offshore exploration wells in the Americas”: French multinational oil company Total SA’s search for what it hopes is a giant oil field off the coast of Uruguay, a country that currently imports all of its gas and oil.