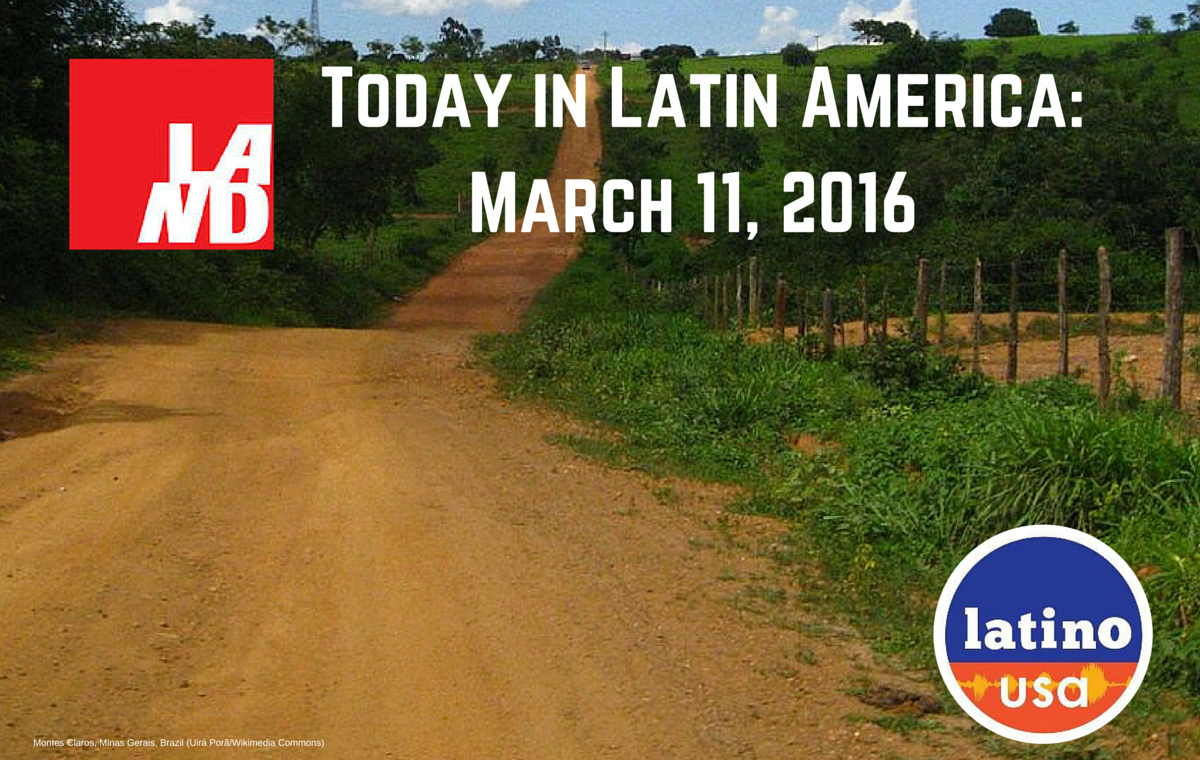 Top Story — Prosecutors in the Brazilian state of São Paulo lodged an official request on Thursday for the arrest of ex-President Luiz Inácio Lula da Silva, arguing that the move will keep him from meddling with an investigation.

Silva has been charged with money laundering, grand larceny and misrepresentation of assets in relation to a luxury beachfront property that, according to prosecutors’ charges, he secretly owns. The call for an arrest comes at the end of a week-long period that also saw the former president forcibly questioned and detained by Federal Police for four hours.

The near-daily developments surrounding Silva, popularly known by his nickname Lula, have gripped the South American nation. Brazilians are now divided between those who continue to stand behind one of the most popular presidents in Brazilian history, and those who see the crumbling of his public image as long overdue.

Revelations of a multi-billion dollar kickback scheme at state oil firm Petrobras have ensnared several high-ranking officials in the Workers’ Party, which has been in power for 13 years and was co-founded by Silva. The former president’s association with construction executives also implicated in the scheme has tarnished his image as an anti-elite, according to The New York Times.

Concerns among legislators about the expanding corruption scandal threaten to hasten the dissolution of the coalition aligned with Silva’s successor and mentee President Dilma Rousseff, Reuters reported Thursday, further destabilizing Rousseff’s protection from congressional impeachment proceedings this year. The PMDB party, led by Rousseff’s Vice President Michel Temer, will reportedly move on Saturday to allow its members more autonomy to vote in favor of Rousseff’s ouster.

Five Mexican marines have been arrested in connection with the 2013 disappearance of a man whose body was later found with bullet wounds, according to a statement from Amnesty International.

Mexico’s economy remains open to globalization despite the closing-off of other states, according to The Economist, citing a World Bank study which calculates that Mexico, with 44 trade deals, has one of the most open economies in the world.

The number of children and families caught crossing the U.S.-Mexico border dropped again in February, following a 65 percent dip in January, though concerns remain that numbers will rise again in anticipation of the U.S. presidential elections.

Meanwhile, Democratic presidential candidate Hillary Clinton said in a debate that she would not deport any undocumented immigrants from the United States except for violent criminals and terrorists, a break from U.S. President Barack Obama’s immigration policy that could greatly increase the number of people allowed to stay in the country and a move praised by immigration rights groups.

Over 50 major members of the U.S. publishing industry are petitioning the White House and Congress to address the Cuba embargo’s impact on books and other educational materials, calling it “counter to American ideals of free expression” and arguing that books can facilitate social change.

Puerto Rico’s embattled power utility cut off the electricity at a hospital in the southern town of Guayama with nearly $4 million in unpaid bills as part of the agency’s effort to collect money amid the territory’s economic crisis.

Over 200 human rights groups and United Nations experts are urging the Honduran government to provide security for a key witness who was injured in the attack that killed indigenous activist Berta Cáceres earlier this month .

The Organization of American States said that they will monitor Peru’s upcoming election after former candidate Julio Guzmán solicited international support to overturn the electoral council’s decision to disqualify him based on a procedural technicality, a move which strongly improved the prospects for front-runner Keiko Fujimori.

Venezuelan opposition lawmakers passed on Thursday the first stage of a bill to enable a presidential recall against President Nicolás Maduro, a decision his ruling socialist party derided as an attempted coup.

The Brazilian health ministry has committed $2.8 million to combat the Zika Virus, funding a top biomedical institute Fiocruz that will work in partnership with U.S. National Institute of Health to develop a vaccine and research the disease.

The Chilean fishing industry has lost $800 million from the 23 million farmed salmon killed by a coastal algae bloom, an environmental phenomenon that scientists attribute to higher seawater temperatures from El Niño and climate change.

The Uruguayan ministry of the interior said Thursday that the Islamic convert who fatally stabbed a Jewish man did not have any connection to Islamic radical networks online.