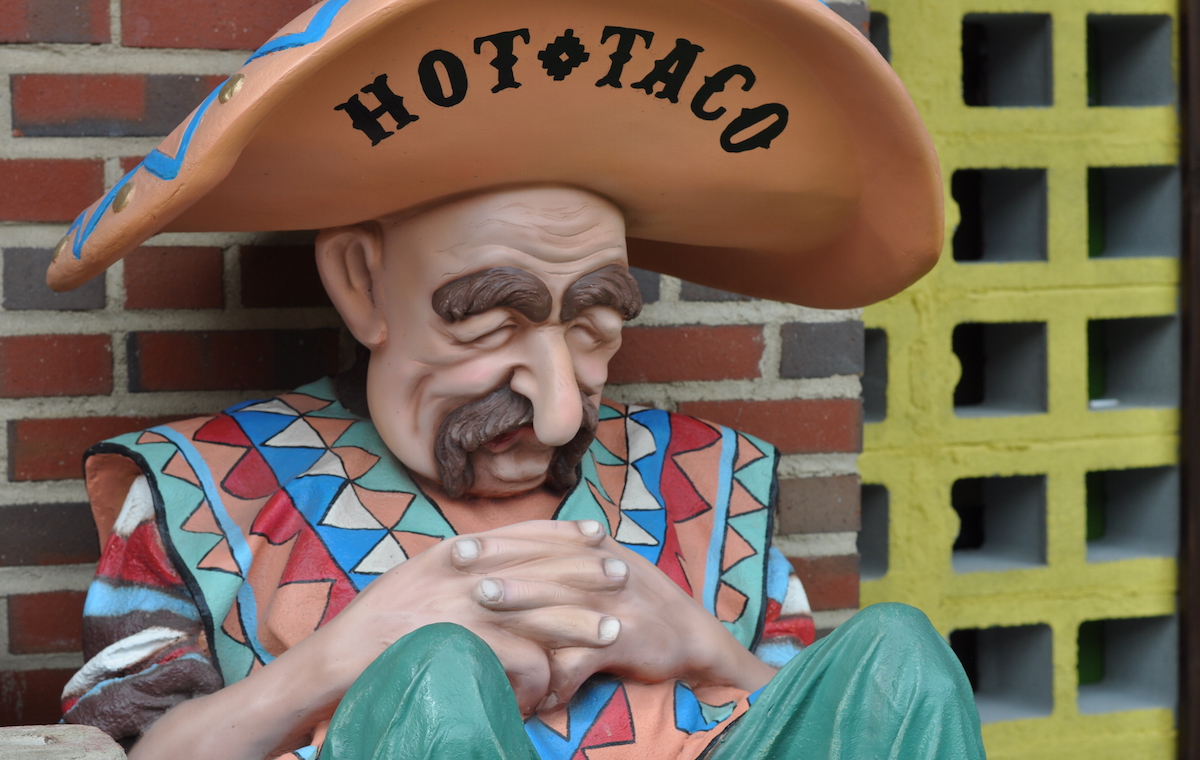 Images of a Mexican wrapped in a sarape, leaning against a wall or cactus and taking a nap proliferate in Mexican restaurants across the country. Some say this image is a stereotype that promotes the idea that Mexicans are lazy and poor. But others point to the history of the “Sleeping Mexican” in folk art going back to Diego Rivera and Mardonio Magaña.

At a new Mexican restaurant in Charlotte, North Carolina, where a petition to remove “Sleeping Mexican” statues has stirred up controversy, reporter Nick de la Canal looks at some of this backstory and what it could mean for future versions of this iconic depiction.