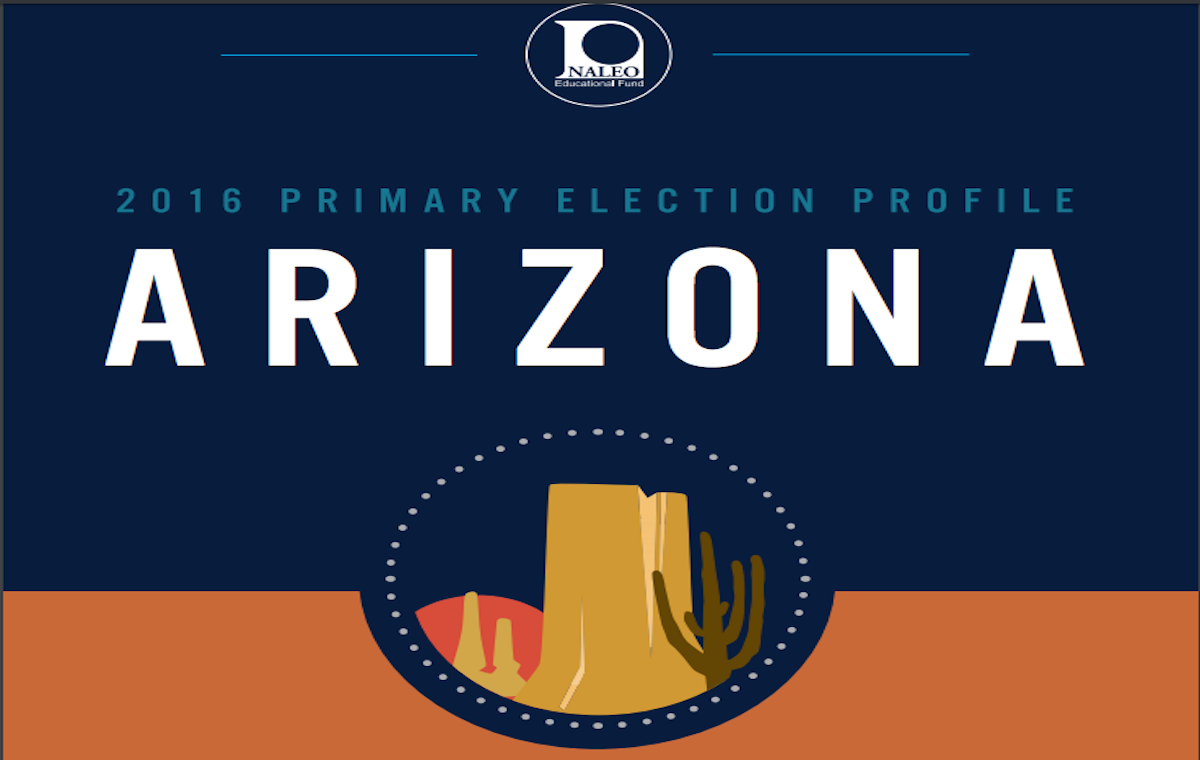 As part of its continuing series about the 2016 U.S. Latino electorate, the National Association of Latino Elected and Appointed Officials (NALEO) Educational Fund said Monday that it expects over 433,000 Arizona Latinos will vote this November. According to NALEO, that figure would be an 8% increase from the 2012 election and could also suggest a solid turnout of Latino voters during the March 22 Arizona primaries.

“Sadly, Latinos in Arizona are no stranger to the sort of inflammatory rhetoric we are hearing from some of the individuals contending for our nation’s highest office. Candidates who choose to use the Latino community as a punching bag to score political points in Arizona and nationwide do so at their own peril. With more than 13.1 million Latino voters expected to cast ballots in 2016, the Latino community will throw the knockout punch come Election Day.”

The NALEO Arizona profile (full document below) said that over 625,000 Latinos are registered to vote in the state. That would account for 17% of Arizona’s total registered electorate. And if NALEO’s prediction hold, the voter turnout rate for Arizona Latinos in 2016 will be at around 69%.