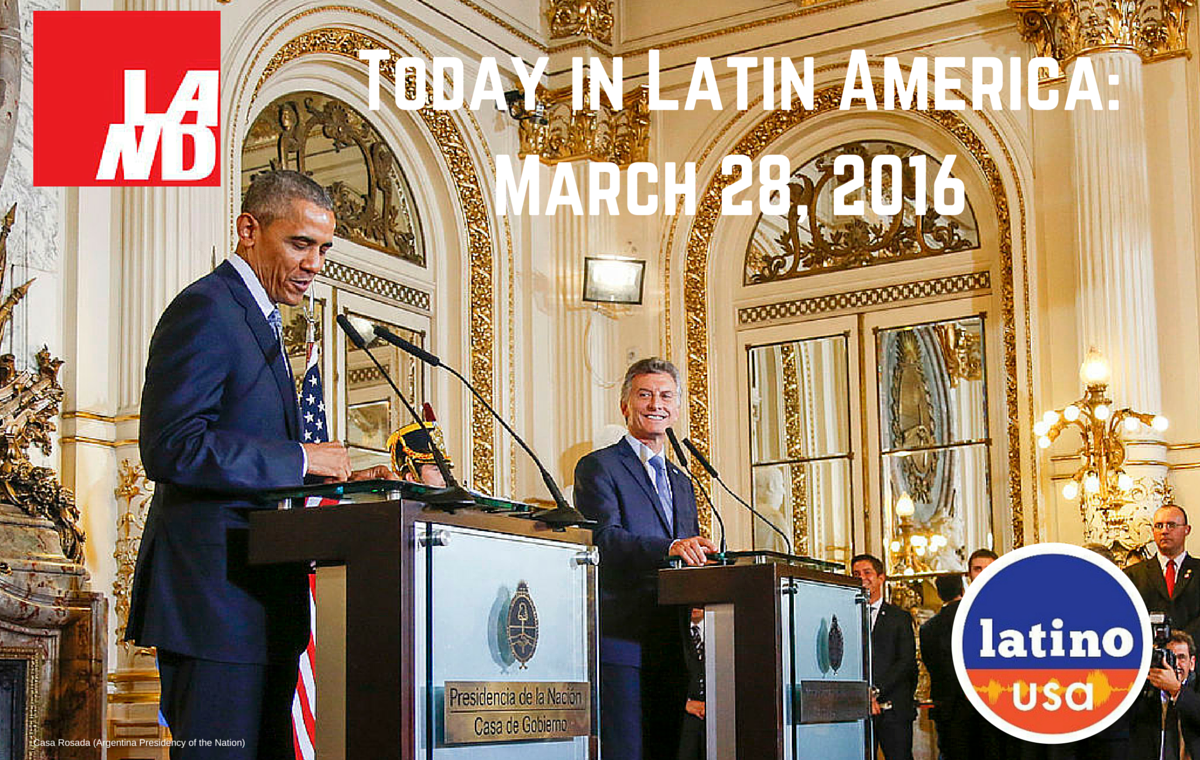 Top Story — Days after Colombia’s government and the rebels of the FARC postponed a key deadline for the resolution of peace talks, Human Rights Watch released an analysis today warning that a pending agreement could create impunity for notorious human rights abuses by the military.

The “false positives” scandal refers to the military’s practice, between 2002 and 2008, of massacring civilians and dressing their remains in guerrilla uniforms, in order to inflate battlefield statistics. Human Rights Watch warns that an agreement with the Revolutionary Armed Forces of Colombia on the provision of justice could free most of the soldiers involved from prosecution or conviction. (According to the group, at least 3,000 “false positives” killings are under investigation by Colombian prosecutors.)

Specifically, Human Rights Watch warns that a so-called “Special Jurisdiction for Peace” team of prosecutors would, in its proposed form, operate under a definition of military command limiting the scope of responsibility for soldiers involved, especially at the lower ranks. That feature of a proposed peace agreement has already come under fire from the Inter-American Commission on Human Rights, which in its annual report, (see .pdf) released on March 17, also warned of impunity.

The International Criminal Court has said it may open its own investigation if Colombia’s probe does not go far enough, according to Human Rights Watch.

Peace talks between the FARC and the government of President Juan Manuel Santos began in Havana, Cuba in 2012. When a key deadline for the resolution of the talks passed on March 23, a government negotiator downplayed the significance of the disagreement. At issue remains the question of how and over what timeframe the FARC will disarm and demobilize.

Earlier, on March 21, U.S. Secretary of State John Kerry met with FARC negotiators in Cuba during a visit by President Barack Obama. The meeting garnered both praise and criticism, because the FARC remains on the United States’ list of state sponsors of terrorism.

In celebration of a Holy Week tradition, Mexicans throughout the country burned effigies of Donald Trump —a symbol of Jesus Christ’s triumph over evil— as a response to the GOP frontrunner’s disparaging comments about undocumented immigrants and his insistence Mexico must pay for a wall along the U.S. border.

Lawyers for the ACLU and immigrant advocacy groups argued on Thursday before a U.S. federal judge that all immigrant children have the right to a fair trial and representation during immigration hearings, which, in the event of a favorable ruling, could set a precedent to expand the judicial rights of non-citizen children.

The U.S. Coast Guard apprehended seven Cuban migrants with gunshot wounds, transferring at least six of them for treatment in Florida for injuries which may have been self-inflicted, amid rumors of a looming end to the special “wet foot, dry foot” immigration policy for Cubans.

The Rolling Stones played a free concert before a crowd of hundreds of thousands in Havana’s Ciudad Deportiva stadium, a perceived sign of cultural change in the country that had a ban on most Western popular music until 15 years ago.

Honduran police have arrested a suspect in the murder of Nelson García, an environmental rights activist killed after protesting the forced eviction of indigenous residents of a small community. García was a colleague of the famed activist Bertá Cáceres, who was herself killed on March 3.

Bolivian President Evo Morales announced his intention to file a lawsuit with the International Court of Justice against Chile over the use of the shared Silala river, the latest dispute over territory between the two neighbors.

According to a poll conducted by Datanalisis in Venezuela, 63.6 percent of the population there believes that President Nicolás Maduro should end his term this year or be removed from office through a recall referendum.

As the date for the Rio de Janeiro Olympic Games inches closer, Brazil’s health ministry has announced the launch of a smartphone application which will help track the Zika virus and give users information on prevention and treatment.