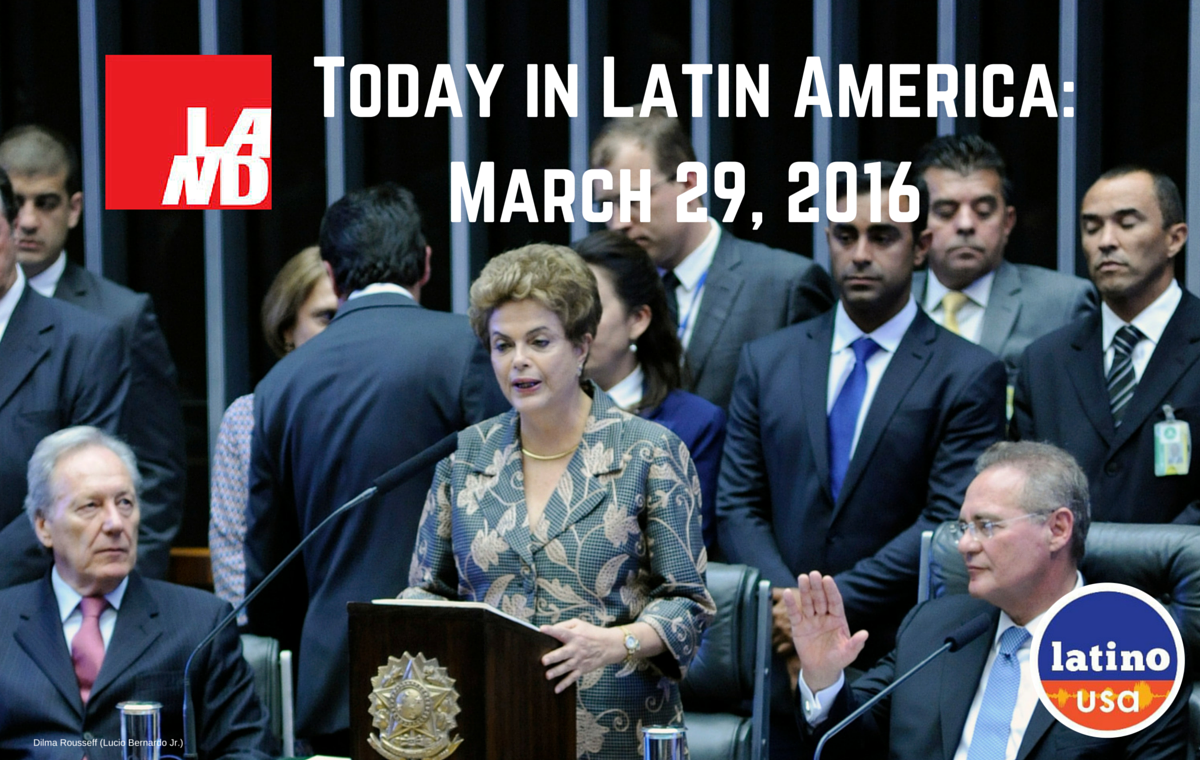 PMDB officials have said that 70 to 80 percent of its voting members will formally decide to break with the Workers’ Party, Reuters reported. The move will free PMDB party members to vote for Rousseff’s ouster and will strip the president of 69 out of 513 votes in the lower house of Congress, where the first phase of an inevitable impeachment process will take place. On Monday night, Brazil’s tourism minister handed Rousseff his resignation letter, becoming the first PMDB member to officially exit the coalition government.

The coalition’s split will comprise the strongest indication yet that Rousseff is unlikely to survive impeachment proceedings. The expected dissolution could see Rousseff suspended from office by Congress while the Senate makes the final vote on her impeachment. Her suspension could come as early as May, according to Reuters, at which point the leader of the PMDB, Vice President Michel Temer, would take over.

On Monday, the Brazilian Bar Association filed an impeachment petition against Rousseff, charging the president with fiscal backpedaling, obstruction of justice and with according tax-exempt status to soccer governing body FIFA during the 2014 World Cup. The bar association petition joins a dozen others waiting to be reviewed by one of Rousseff’s most vociferous critics, lower house Speaker Eduardo Cunha—himself the subject of an ongoing corruption investigation.

Rousseff has seen her approval ratings plummet as she struggles to contain a worsening economic recession and the fallout from a massive corruption probe that has tarnished leading figures in her Workers’ Party, including her presidential predecessor and mentor, the once-extraordinarily popular Luiz Inácio Lula da Silva. The former Brazilian president left office in 2010 with an 80 percent approval rating, according to polling firm Ibope, but accusations that he knew about the multi-billion dollar kickback scheme involving the state-run oil company Petrobras and several of Brazil’s leading construction firms have tarnished his reputation.

On March 3, Brazilian Federal Police detained the former president for questioning over a separate investigation into his alleged trading of political favors for personal construction projects. Rousseff’s decision to nominate Silva as minister, on March 17, was perceived by Workers’ Party critics as an attempt to shield Silva from the probe by providing him with the legal protection awarded to senior officials. Brazil’s Supreme Court is expected to rule later this week on whether Silva can become a minister.

Brazilians have taken to the streets on an almost daily basis to both support and protest the current government. Few Brazilians, however, support a potential Temer presidency, despite Rousseff’s free-falling approval ratings and the Workers’ Party’s crumbling reputation. Like many of Rousseff’s rivals — including those who make up the impeachment committee — the vice president faces charges of corruption over his alleged involvement in an illegal ethanol-buying scheme. If a general election were to take place today, polling firm Datafolha found that only one percent of Brazilians would vote for Temer — a man once compared by an opponent to “a butler from a horror movie.”

A police chief and six other officers were arrested in the Mexican state of Veracruz for their alleged connection to the disappearances of three people last seen being detained by law enforcement on March 19.

The Mexican government has fined the Mexico branch of Spanish construction giant OHL $4.1 million for inadequate financial reporting, the latest in a series of corruption allegations made against the company.

Former Cuban President Fidel Castro published a near 1,600 word letter in the official Communist Party newspaper, Granma, criticizing U.S. President Barack Obama’s recent visit to the island, outlining previous aggressions by the United States against Cuba and reminding Cubans that “we do not need the empire to give us anything.”

A U.S. federal judge ruled Monday that a modified tangible-property tax levied against retailer Walmart by the Puerto Rican government is invalid. The tax, placed on the island territory’s largest employer, was designed to generate much-needed income for a government attempting to pay creditors and restructure its debt.

Former Honduran President Rafael Callejas plead guilty in U.S. federal court to conspiracy to commit racketeering and wire fraud charges after admitting to receiving and distributing bribes in exchange for awarding lucrative broadcasting contracts during his tenure as the head of the Honduran football federation.

El Salvador’s national police commissioner announced that they will not negotiate with violent gangs following the dissemination of video in which masked men claiming to represent the country’s three largest gangs agreed to stop crime-related killings in the country in exchange for an end to an anticipated government crackdown.

A California U.S. Coast Guard crew released a video on Monday revealing a March 3 seizure of a semi-submersible vessel off the Pacific coast of Panama containing more than $200 million in cocaine, the fifth interception of a submarine-like boat since June 2015.

On the same day that Human Rights Watch warned of impunity for Colombian army soldiers accused of orchestrating “false positives” killings of civilians in the war against the FARC, an army general turned himself in Monday upon hearing of new homicide charges against him in connection with the practice.

The Caracas-based Telesur media network has lost the financial support of Argentina, no longer an ideological patron since the end of the presidency of the leftist Cristina Fernández de Kirchner.

Argentina’s government gained additional leverage on Monday in its longstanding dispute with the United Kingdom over the Falkland islands, after the U.N. ruled to expand its maritime territory to include the islands and beyond.

A dispute over water is brewing between Bolivia and Chile, after the latter said on Monday it will countersue over the status of the border Silala river, access to which the landlocked Bolivia is seeking in a suit in the International Court of Justice.

Israel backed down from a diplomatic feud with Brazil on Monday, quietly withdrawing its proposal of a West Bank settler as ambassador to the South American nation, which protested his appointment on human rights grounds.