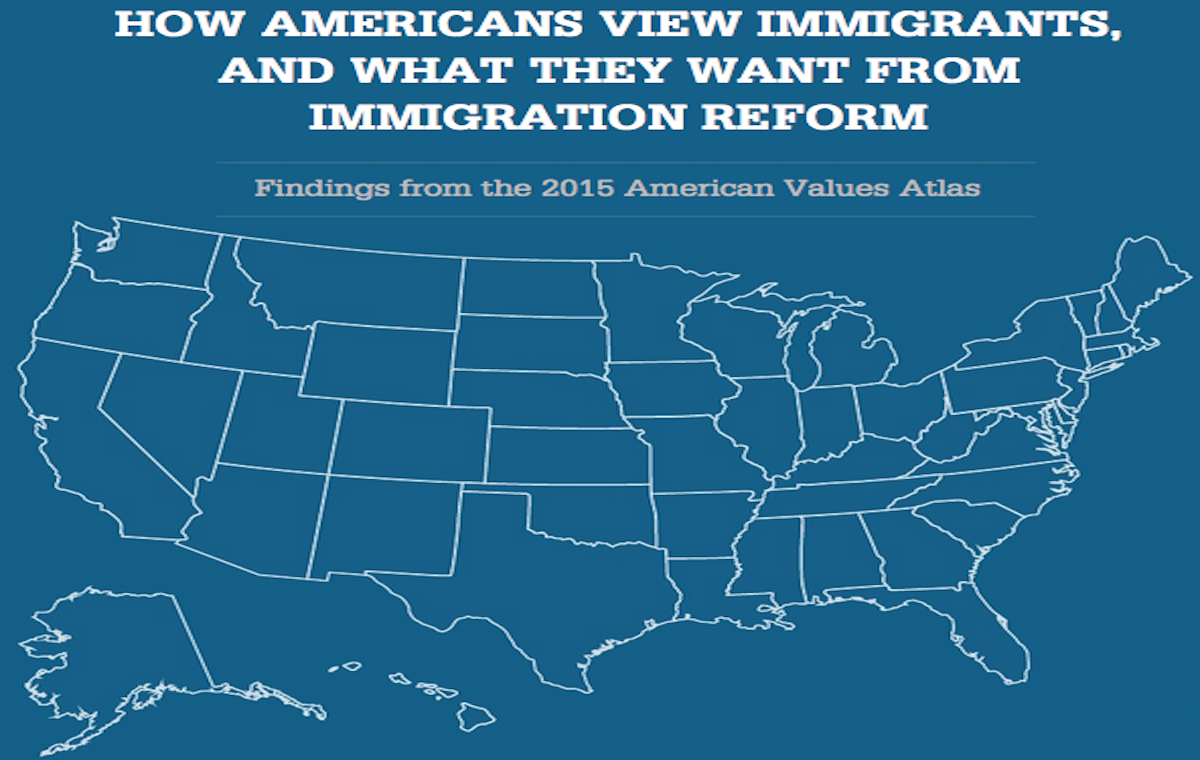 The 2015 immigration survey report from the Public Religion Research Institute (PRRI) released this Tuesday offers new findings about Americans and their attitudes towards immigrants and immigration reform. The following are six key takeaways from the report:

You can read the entire report below. PRRI conducted 42,000 interviews between April 2015 and early January 2016.