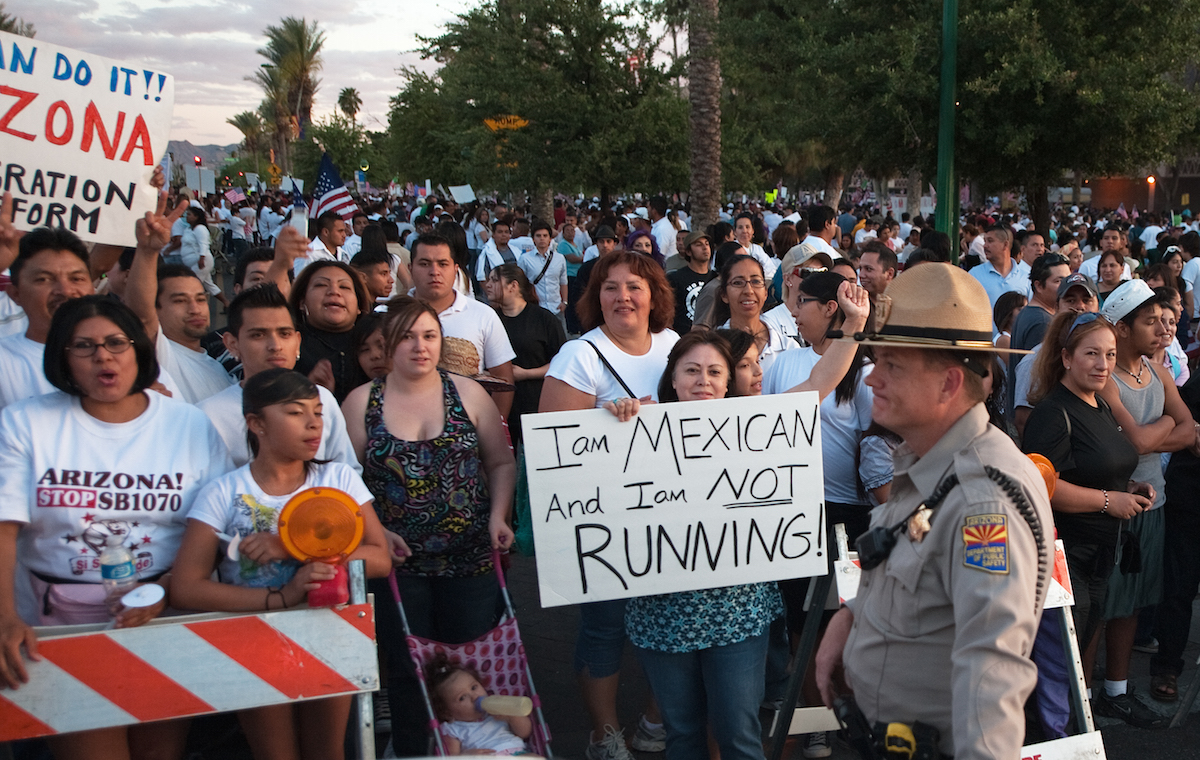 A new University of Washington/Dartmouth College study published in the Annals of the American Association of Geographers concluded that “hostile states” with restrictive immigration laws witnessed a decrease of Latinos moving to those states from 2008–2010. These were the study’s major findings:

Between 1995 to 2000, the states that were yet to pass laws making life difficult for unauthorized migrants, attracted Latinos disproportionately. In the 1995-2000 period, nascent hostile states experienced a net gain of 47 for every 100 naturalized and non-citizen Latinos, as compared to U.S. born whites during that time, who had a net gain of 20 people per 100 movers in and out of future hostile states.

For the 2005-2007 period, at the onset of the Great Recession, population change due to migration dropped a bit for all four groups but still remained relatively robust.

During the 2008-2010 period when hostile state policies were now in effect, migration redistribution for both U.S.-born and naturalized Latinos fell dramatically to levels close to those of U.S.-born whites. Most notably, in 2008-2010, the redistribution effect of non-citizen Latinos to hostile states came to a halt. Non-citizen Latinos were opting not to move to states that had restrictionist policies in place. Examples of restrictionist immigration policies included “universal employment verification” and “mandatory legal status checks for state licensing services.” The study also included examples such as Arizona’s SB 1070 law, whose key provisions were struck down by the Supreme Court in 2012.

“Like almost all immigration legislation, these state-scale statutes have had intended and unintended consequences.” said study co-author, Richard Wright, professor of geography at Dartmouth. “They have reduced the attractiveness of these states to the unauthorized, but they have had a serious dampening effect on the migration patterns of Latinos with rights associated with citizenship.”