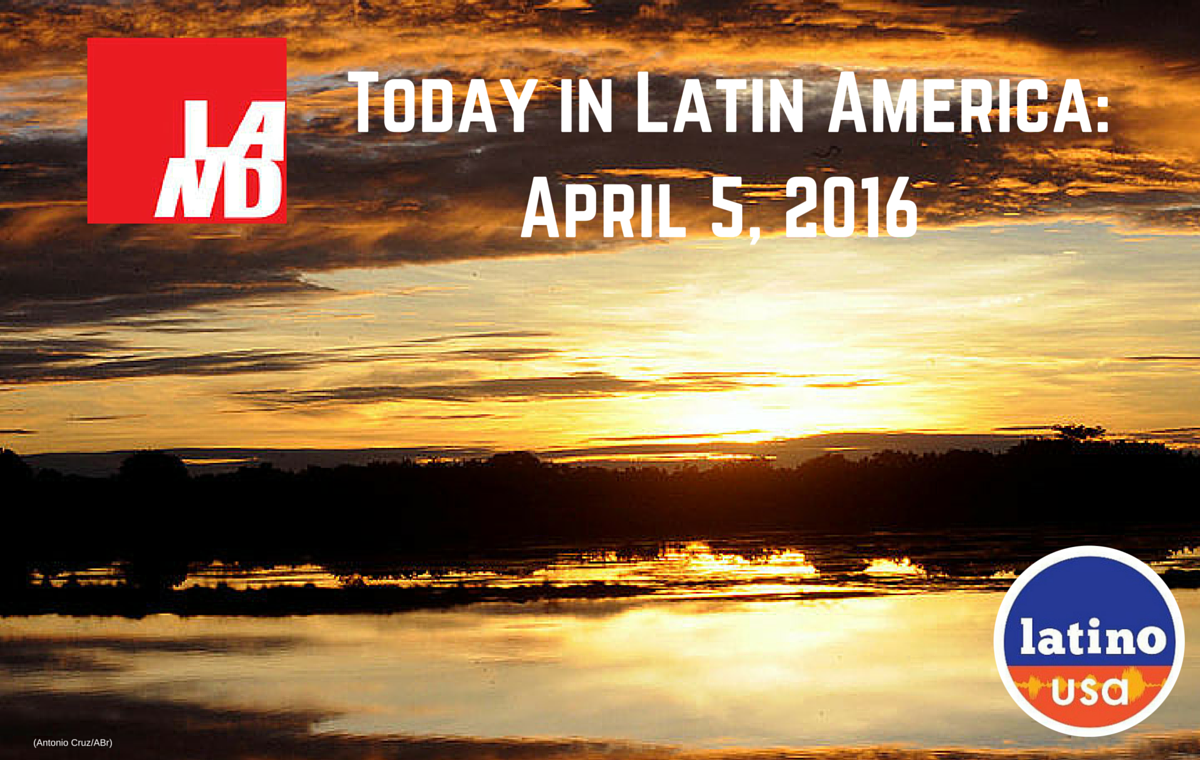 Top Story — During a blistering speech on Monday that laid out Brazilian President Dilma Rousseff’s defense against a potential ouster, the country’s attorney general denounced the impeachment proceedings underway as being unconstitutional and fueled by a desire for revenge.

José Eduardo Cardozo, speaking before the congressional impeachment committee, said that Brazil’s constitution allows impeachment only for grave crimes committed by a sitting president, and that the charges against Rousseff do not meet the constitutional criteria.

During his speech, Cardozo singled out lower house Speaker Eduardo Cunha for opprobrium, calling his decision to initiate the proceedings “retaliation against the head-of-state” after Rousseff didn’t provide him with the necessary votes that would allow him to avoid his own set of corruption charges. Cunha is currently under investigation for allegedly taking nearly $40 million in bribes and for stashing undeclared assets in Swiss bank accounts.

Rousseff stands accused of breaking fiscal rules in order to conceal budgetary shortfalls ahead of her 2014 re-election. Rousseff’s opponents, including those who authored the impeachment petition, said that the fiscal backpedaling constituted a serious crime, perpetrated with the malicious intent of artificially inflating the country’s fiscal standing.

Calls for Rousseff’s impeachment have intensified as the country plunges deeper into an economic recession, and as her party reels from a massive, but unrelated, corruption scheme uncovered at partially nationalized oil firm Petrobras. Brazil is additionally in the grips of an unprecedented epidemic of birth defects believed to be linked to a mosquito-borne virus, all while struggling to prepare for the upcoming Olympics.

The congressional committee is expected to vote on Rousseff’s impeachment as early as mid-April. Should Rousseff fail to obtain 172 out of 513 votes, the proceedings move to a trial in the Senate. The president will then be suspended, for a maximum of 180 days, pending a verdict in the Senate. During this period, Vice President Michel Temer would serve as interim head of state.

A Guardian report details the increased persecution of indigenous Mexican migrant farmers at the hands of the country’s National Immigration Institute, an agency tasked with apprehending Central American migrants that The Guardian reports is deporting indigenous Mexicans after they unwittingly and often forcibly sign statements saying they are from Central American countries.

Pollution in Mexico City rose to unsafe levels the day before a controversial new program goes into effect that will keep one-fifth of all cars in the city off roads.

A BBC news report reflects on the cultural impact of Donald Trump’s political ascendency on Mexicans.

U.S. hedge funds who hold a large share of Puerto Rico’s national debt have sued the territory’s Government Development Bank for allowing governmental agencies to withdraw money from the insolvent government funds, moves that the plaintiffs claim will ensure that the bank will be unable to restructure its debts.

The New York Times opinion pages takes a look at U.S. Ambassador to the Dominican Republic Wally Brewster and his husband Bob Satawake, whose gay marriage has sparked a conversation that has emboldened the country’s burgeoning gay rights movement and infuriated the powerful local Catholic Church.

The Associated Press reports on the two lawyers who compose the Mossack-Fonseca law firm whose documents were featured in the Panama Papers leaks that detailed how the firm established a host of shell companies and offshore accounts for the world’s wealthy.

Meanwhile, Panamanians involved in the case have rejected the newfound media scrutiny on their country’s finance industry despite President Juan Carlos Varela’s commitment to cooperate fully with investigations.

Ecuador has initiated its controversial oil drilling operations at the edges of the Yasuni National Park, which is suspected of harboring large oil reserves but also contains one of the most biodiverse ecosystems on earth.

The strong performance of Peruvian leftist congresswoman Verónika Mendoza, who moved into second place ahead of the country’s April 10 presidential elections, has sparked a selloff in Peruvian assets and fear for the value of the sol as foreign investors anticipate a less-friendly government, Bloomberg reports.

The BBC reports on community councils across Venezuela, which supporters see as a form of grassroots democracy and detractors consider to be operating on their own terms, far away from any regulation or state control.

The Colombian navy seized over one ton of cocaine in a search of a semi-submerged vessel and a nearby hiding place used by drug traffickers in the southwest province of Nariño, although the authorities were not able to make any arrests.

After yesterday’s big reveal of the leaked Panama Papers, which implicated, among others, Argentine President Mauricio Macri in the global offshore financial industry, Macri has denied any wrongdoing in his connection to an offshore company in the Bahamas.

The Panama law firm Mossack Fonseca, which is at the center of the Panama Papers leaks, was accused by Brazilian prosecutors of a corruption scheme involving the Brazilian oil giant Petrobras back in January.

The New York Times’ Simon Romero has interviewed Brazilian Senator Delcídio do Amaral, whose testimony after being arrested on corruption charges has “betrayed his former comrades and brought the government of President Dilma Rousseff ever closer to collapse.”