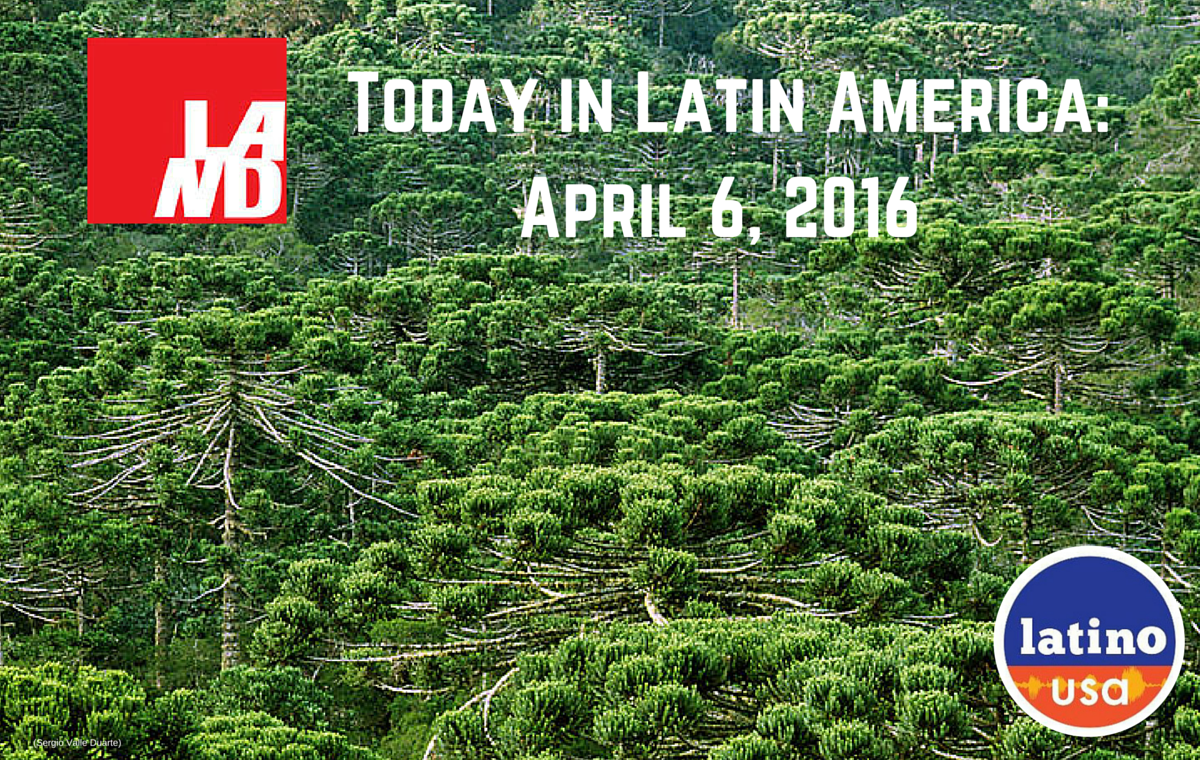 The order, by Judge Marco Aurelio Mello, came on the same day that Temer stepped down as head of the Brazilian Democratic Movement Party (PMDB). Rousseff’s opponents in Congress, many of whom backed a Temer presidency, must now re-calculate their vote against the president, considering her second-in-command is now accused of the same crime as Rousseff.

Rousseff and Temer stand accused of manipulating the government’s books to conceal a large budget deficit ahead of the president’s 2014 re-election. Mariel Márley Marra, the lawyer who authored the impeachment petition against Temer, told the BBC on Tuesday that the president and vice president should be judged in tandem.

The speaker of the house, Eduardo Cunha, also of the PMDB, launched impeachment proceedings against his political nemesis Rousseff in December, the same month in which he shelved a petition to impeach his ally, Temer, on the same grounds. Mello, the judge, said on Tuesday that Cunha lacked the authority to set aside such a petition, and that the decision to reject or go forth with it could only be made by a congressional committee.

Cunha said he will appeal Mello’s ruling. An analyst who spoke to Reuters, however, said the ruling is unlikely to be overturned. For his part, Mello said Cunha will be considered criminally responsible should he fail to immediately act on the Supreme Court order.

Temer, meanwhile, stepped down on Tuesday as the leader of PMDB to distance himself from the party’s attempts to de-legitimize an administration that he remains a part of. Temer’s announcement came one week after PMDB, Brazil’s largest party, abandoned Rousseff’s governing coalition. At the time, the split appeared to deal a fatal blow to the president.

The impeachment committee’s vote on whether Rousseff perpetrated an impeachable crime is scheduled for April 11.

Ford Motor company announced on Tuesday plans to build a $1.6 billion factory in Mexico’s state of San Luis Potosí, which would shift small-car production outside of the United States and create 2,800 jobs. U.S. Republican presidential candidate Donald Trump called the decision an “absolute disgrace,” citing it as a reason to renegotiate the North American Free Trade Agreement.

Trump sent The Washington Post a two-page memo outlining how he plans to force Mexico to pay for his proposed 1,000-mile border fence by threatening to change a law that would cut off remittances to the country. U.S. President Barack Obama called Trump’s proposal “half-baked notion” that would hurt Mexico’s economy and in turn spur more migration to the United States.

The harsh rhetoric by Trump and other Republican candidates concerning Mexico may have influenced a decision by Mexico’s Foreign Ministry to nominate a new ambassador to the United States, the current consul general in Los Angeles, just six months after the confirmation of his predecessor.

Mexico’s military said Tuesday that soldiers destroyed nearly an acre of opium poppies growing just 60 miles south of the U.S. border in Baja California, much further north than usual and an apparent sign of expanding heroin production by drug cartels.

The head of Haiti’s electoral council said Tuesday that the group faces numerous challenges that must be resolved before they can issue a new electoral calendar, casting further doubt on the possibility of the tentative April 24 election date.

Meanwhile, a leaked report from the United Nations reveals the organization had uncovered serious sanitation failures in its Haiti peacekeeping mission, including lack of toilets and sewage dumped in the open, just a month after the country suffered a deadly cholera outbreak for which the U.N. has steadfastly refused to compensate victims.

Puerto Rico’s Senate authorized a declaration of emergency and a moratorium on new debt early Tuesday morning, a move that show the U.S. territory’s resistance to a restructuring deal that calls for close federal oversight.

Nicaragua is facing an increasingly severe water supply crisis due to a three-year drought, coupled with deforestation, which has led the country to lose 60 percent of its surface water sources and caused at least 100 rivers to dry up, a leading activist and former environment minister told Inter Press Service.

Honduras’ President Juan Orlando Hernandez said he will suspend several top police officials after investigators found evidence they conspired in the assassination of a leading anti-drug prosecutor in 2009, highlighting persistent links between the security forces and organized crime.

NPR provides an overview of the international fallout from the release of the Panama Papers, including Tuesday’s resignation of Iceland’s Prime Minister following mass protests and Panama’s continued efforts to combat its reputation as a tax haven.

In Peru, Tuesday marked the 24th anniversary of now-imprisoned former President Alberto Fujimori’s dissolution of congress, an anniversary that drew large crowds throughout the country marching in memory of past human rights abuses only five days before presidential elections in which Fujimori’s daughter, Keiko Fujimori, is favored, but not by enough to avoid a runoff.

Eliecer García Torrealba, Interpol’s top detective in Venezuela, was arrested over his alleged involvement in shipping over 300 kilograms of cocaine from Venezuela to the Dominican Republic, after authorities intercepted a drug-laden plane he is accused of letting take off.

Gonzalo Delaveu, the head of the Chilean branch of the anti-corruption group Transparency International, resigned after being connected to five offshore companies exposed in the Panama Papers, a coincidence some observers have described as ironic.