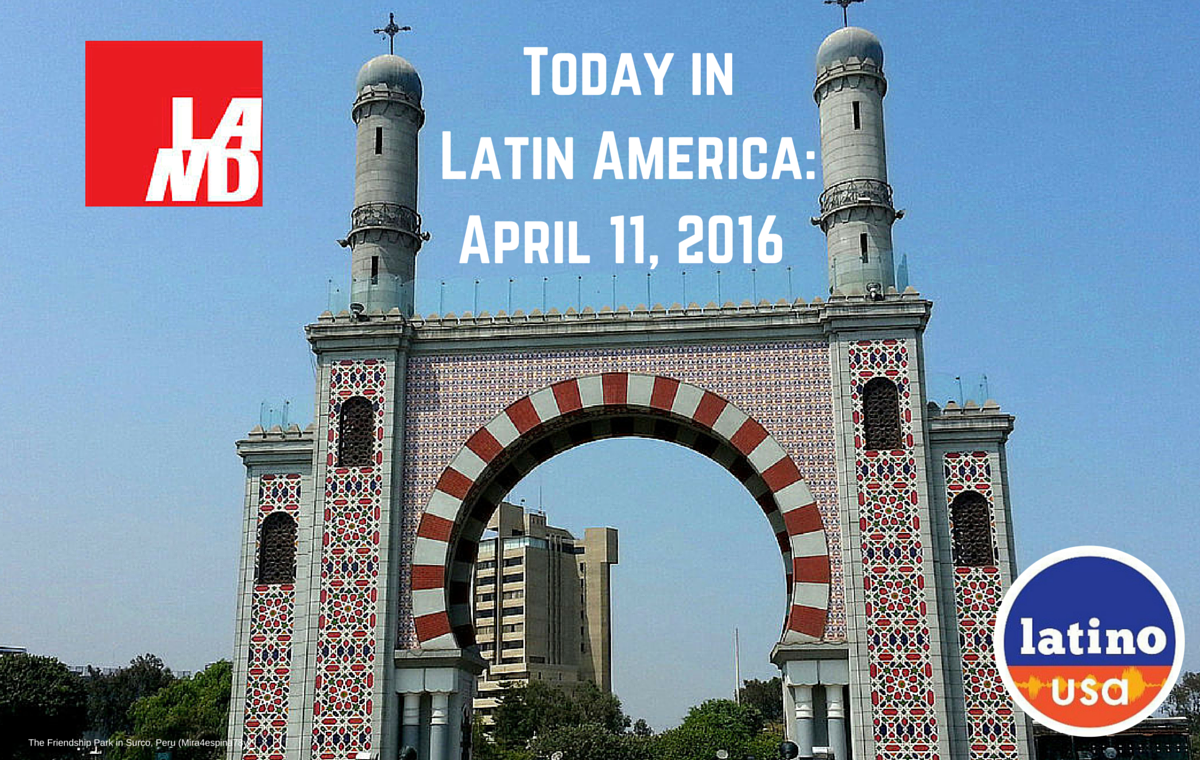 Top Story — The center-right candidate Keiko Fujimori won the first round of presidential elections in Peru on Sunday, during a weekend rocked by political violence that left three people dead, The Associated Press reported.

After winning 40 percent of the vote, Fujimori will face off in a June runoff against the business-friendly centrist Pedro Pablo Kuczynski, early vote counts suggest.

The elections come just days after thousands of protesters gathered in downtown Lima on Wednesday to voice their opposition to Fujimori’s candidacy. Sixteen years after her imprisoned father Alberto’s 10-year presidency, he remains a deeply polarizing figure in Peruvian society.

Though Fujimori has vowed she would not release her father if elected, one poll showed that nearly half of Peruvians would never vote from someone associated with the jailed former president. On the other hand, Fujimori would face pressure from some of her own supporters to pardon her father.

Alberto Fujimori, who ruled the country from 1990 until 2000 was known for implementing neoliberal economic reforms and cracking down on the left-wing Shining Path insurgency. He is currently serving a 25-year sentence for ordering death squads to carry out massacres against civilians during the second half of a 20-year long “dirty war” that claimed the lives of some 70,000 people.

The war has all but ended, save occasional flare-ups of violence. On Sunday, suspected leftist rebels, who still control some coca-growing jungle territory, allegedly killed two soldiers and a driver who were transporting election materials to a remote area.

The elections come during as a wave of political change sweeps South America, shifting governments to the right after over a decade of left-leaning presidents in Venezuela, Ecuador, Bolivia and Argentina. Wall Street investor Kuczynski claims to represent the middle road between Fujimori and Veronika Mendoza, a Marxist candidate he edged out in first-round polling. Kuczynski, analysts say, has decent odds at winning the June elections considering the polarizing history of the Fujimori family.

Laboratory tests conducted by a human rights organization working with the families of Mexico’s 43 missing students found no evidence of the students’ remains in a garbage dump where the government insists their bodies were incinerated, according to the group’s findings released on Friday.

A man murdered in Dallas in 2013 may have been the head of the notorious Gulf Cartel in Mexico, according to a court filing by one of the defendants in his murder case, countering the long-held belief that cartel bosses rarely escape to the United States to go into hiding, and that drug violence rarely spills across the border.

Puerto Rico’s Gov. Alejandro García Padilla declared a state of emergency at the Government Development Bank on Saturday, which will limit withdrawals at the bank exclusively to those that fund essential public services.

The Guardian profiles Cuban artist Tania Bruguera, who is set to open the Institute of Art Activism in Havana, one year after her incarceration by the Cuban government. The institute, supported by some $100,000 in online fundraising, will award its first residence to Russian feminist collective Pussy Riot.

The El Salvador offices of Panamanian law firm Mossack Fonseca were raided on Saturday in connection with the “Panama Papers” revelations.

Prosecutors in Guatemala, meanwhile, froze approximately $20 million worth of shares and raided the offices of the Banco de los Trabajadores, in connection with a money laundering investigation into a Venezuelan investor. The investigation is not related to the “Panama Papers,” the prosecutors said.

According to Colombia Reports, peace talks between Colombia’s FARC and the government are stuck on the issue of the ex-paramilitary criminal group Los Urabeños, whose dismantling the FARC demands if they are to lay down their own arms.

According to a survey conducted by the polling firm Datafolha, a smaller majority of Brazilians are in favor of impeaching President Dilma Rousseff than they were the month before, as well as showing increasing support for a potential 2018 presidential bid by the former President Luiz Inácia Lula da Silva. More than half of respondents also support impeaching Vice President Michel Temer, the favored replacement of Rousseff by the insurgent PMDB party.

The former Argentine President Cristina Fernández de Kirchner may be included in an ongoing investigation on money laundering if an Argentine federal prosecutor’s request for expanding the scope of the investigation is granted.