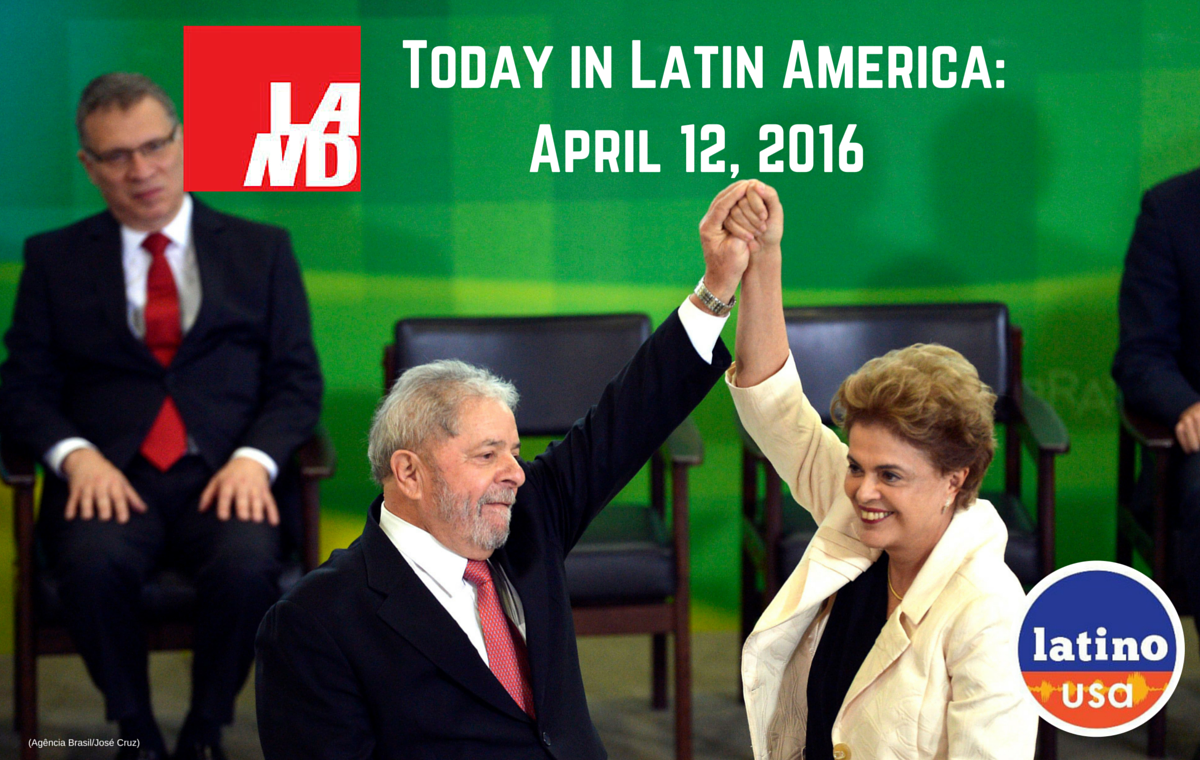 Top Story — The Brazilian congressional committee set up to determine whether President Dilma Rousseff should face impeachment proceedings decided on Monday to uphold the impeachment process by 38 to 27 votes, further increasing the chances of Rousseff’s ouster.

Monday’s decision brought to an end the first part of the impeachment process, which will now be put to a vote in Brazil’s Chamber of Deputies. If Rousseff fails to secure the support of two-thirds of the 513 deputies, the process moves to a trial in the Senate. The Chamber of Deputies is expected to vote on the 17 or 18 of April.

Rousseff is accused of violating fiscal laws to conceal significant holes in the government budget ahead of her 2014 re-election. Her supporters point out that previous leaders have perpetrated equivalent acts of budgetary window-dressing, and that attempting to impeach Rousseff over this alleged deed is tantamount to a “coup.”

Vice President Michel Temer also faces impeachment proceedings over the same allegations. On Monday, however, Temer accidentally made public the speech he had planned to give once the congressional committee voted to uphold Rousseff’s impeachment process, thus putting him closer to becoming president.

“Many have asked me to address the nation,” Temer said in the recording, which his cabinet confirmed was sent out by mistake to some of his cell phone contacts. “I am doing so now with plenty of modesty, caution and moderation.”

While Monday’s vote deals a blow to the embattled president, Rousseff’s impeachment is far from guaranteed. Her opponents are unsure whether they will be able to secure the 172 votes needed in the upcoming Chamber of Deputies hearing. The impeachment will then have to be approved by the Senate in two separate motions.

The Mexican central bank will move $13.6 billion to the Finance Ministry to purchase federal debt and stabilize the budget—actions experts say are a response to decreasing oil prices and their negative effects to the country’s state-run oil company PEMEX.

U.S. officials have requested the extradition of a Mexican woman on the FBI’s most wanted list who is accused of orchestrating the Dallas County murder of her ex-boyfriend’s new girlfriend.

Passions were stoked as residents of Miami Beach, Florida, and surrounding areas, many of them Cuban-born, voiced their opinions during a town hall meeting to discuss the possibility of the town hosting a Cuban consulate. Both the mayor and commissioner of Miami Beach said they were open to the idea during a March trip to the island country.

With major defaults on the horizon, Puerto Rico proposed a new debt restructuring deal that would see the island pay $1.85 billion a year — up from the $1.7 billion agreed upon in earlier deals. Experts say Puerto Rico will appeal to the U.S. Congress, who are to decide on possible debt solutions ahead of a May 1 repayment deadline .

Investigators from Panama’s intellectual property prosecutor’s office visited the offices of the Mossack Fonseca law firm, whose leaked documents comprise the “Panama Papers,” to assess claims made by the firm that the leak was the product of hackers.

A group of journalists and free speech activists placed coffins outside the Honduran attorney general’s office in protest of the largely unsolved deaths of 22 journalists who been killed in the country since 2014.

Venezuela’s Supreme Court has declared an amnesty law for imprisoned opposition leaders unconstitutional, a move criticized by the United Nations. The Supreme Court decision widens the divide between President Nicolás Maduro and the National Assembly lead by the opposition, many of whom came to power promising to fight for the release of what they call political prisoners.

As Peru prepares for its run-off presidential elections scheduled for June, investors have increased their activity in the Peruvian market in anticipation of a potential win by Wall Street-favored conservative Pedro Pablo Kuczynsk.

Venezuelan individuals associated with the ongoing investigation surrounding the leaks of the Panama Papers will have their assets frozen, announced Luisa Ortega, the country’s chief prosecutor.

According to government officials, Argentina is planning to invest $5 billion in renewable energies by 2018, a plan that aims to reduce the country’s energy deficit.