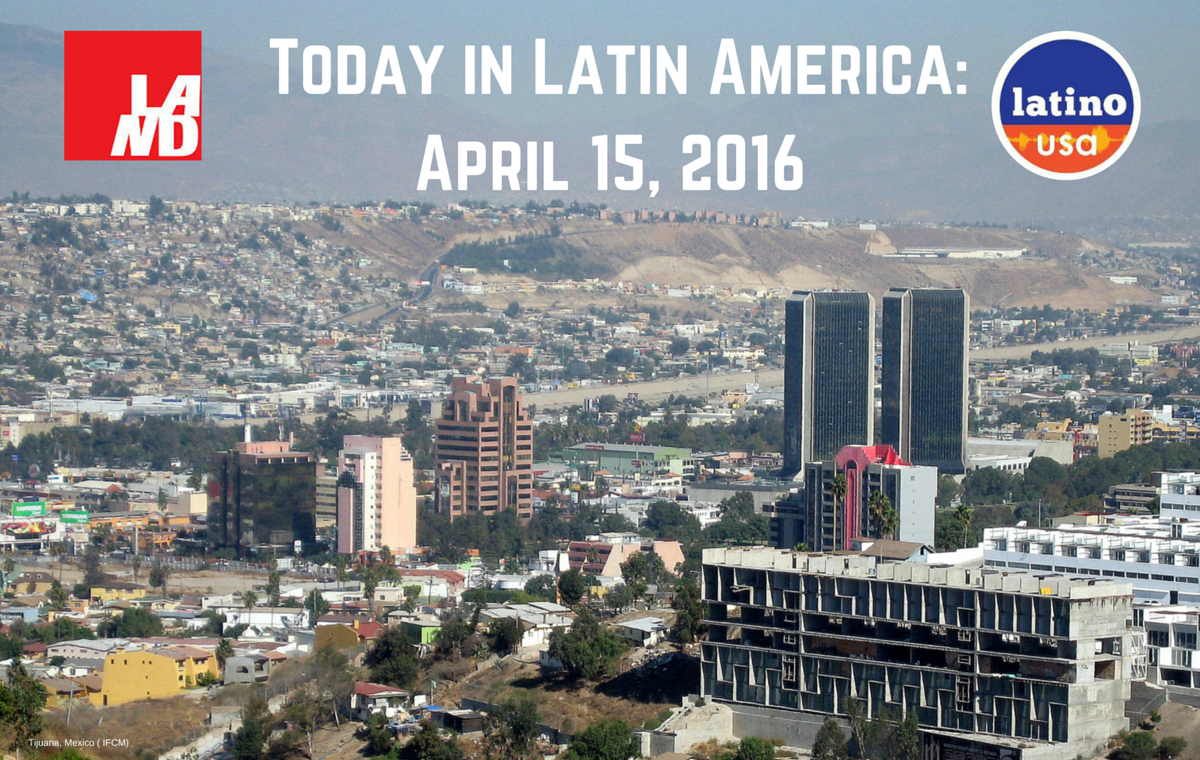 Top Story — Mexico’s Human Rights Commission on Thursday accused federal police agents of being involved in the 2014 disappearance of 43 students in Guerrero state.

The group cited an account from an unidentified witness, who said two federal police agents were present when local police led up to 20 students off a bus after shooting out its tires near the town of Iguala. The local officers said they were taking the students to “the boss,” which the federal agents approved, reported the BBC.

The testimony follows revelations made public on April 8 that none of the students’ DNA was detected among remains found in a garbage dump. Activists said the lack of evidence contradicted the government’s account that the students were detained by local police and handed over to a local drug cartel, who massacred them and incinerated their bodies, disposing of the remains in the dump.

The revelations come at an inconvenient time for President Enrique Peña Nieto. A poll released Wednesday showed his approval ratings are at about 30 percent, the lowest-ever level for a Mexican president.

Interpol has issued a notice calling for the arrest of three out of four wealthy young men who were accused of sexually assaulting a teenager last January in the Mexican state of Veracruz. The New Yorker offers an in-depth look at the case that has rocked Mexico, where a social media furor has erupted against the young men —known derisively as “The Porkys”— who are believed to have fled the country.

Mexico’s National Commission of Protected Natural Areas has announced that it will temporarily close the popular “Love Beach” in the Pacific state of Nayarit because too many tourists have visited the site, damaging the area’s coral.

With New York state’s presidential primary election approaching on Tuesday, Fox News Latino reports on the ways Democratic presidential hopefuls Bernie Sanders and Hillary Clinton are courting the Latino vote in New York City, where the issue of immigration is a central issue for many residents.

A new study by a team of Yale epidemiologists and lawyers has found that Haiti’s cholera epidemic, which killed thousands in the aftermath of the country’s 2010 earthquake, could have been prevented if the United Nations had spent less than $2,000 in total on a basic health kit to conduct preventative screening of peacekeepers.

Journalist Carmen Cuesta Roca reports for the Miami Herald about the importance of community radio stations in Haiti, where some station owners are worried about pending legislation that would grant their stations official frequencies and licenses, but may in turn bring economic hardship to many stations.

U.S. Secretary of State John Kerry has criticized a recent decision by the Cuban government to ban Cuban-born travelers from returning to the island by sea, specifically affecting many who wished to travel to the island on sea cruises that the company Carnival plans to begin running in May.

The trial of former Guatemalan dictator Efraín Ríos Montt will temporarily move to witness testimony in order to hear from 15 witnesses who are unable, due to age or health, to testify in person at the trial in Guatemala City.

El Salvador’s attorney general’s office has said they have identified the body of missing mayor Julio Torres from the town of San Dionisio, 70 miles southeast of the capital San Salvador. It is yet unclear who killed the mayor.

An analysis of microcephaly cases in Colombia has linked two to the Zika virus, a figure that so far contrasts with Brazil, where some 1,100 babies have been born with unusually small heads in connection with the virus.

Venezuela’s government has earned ridicule for its latest energy-saving effort amid a major drought: the establishment of a public holiday every Monday and a planned shift in the time zone, the latter recalling a previous time zone change by Hugo Chávez in 2007, which was seen as an effort to confront the United States. President Nicolás Maduro also announced he will be imposing electricity rationing on 15 shopping malls, which he said had acted “without conscience.”

The head of Brazil’s national intelligence agency said Thursday that the country faces a credible threat from terrorism ahead of the Olympic Games in August, citing both threatening statements from the Islamic State group and sympathy among some Brazilians for the group.

Despite his business-friendly reputation, Argentina’s President Mauricio Macri said Thursday that he supported efforts by the Buenos Aires city government to kick out the car service Uber, the launch of which sparked protests by taxi drivers this week.

Brazil’s Supreme Court has blocked a move by President Dilma Rousseff to suspend the impeachment proceedings against her, meaning Rousseff could now be forced as soon as early May to step down for her trial.