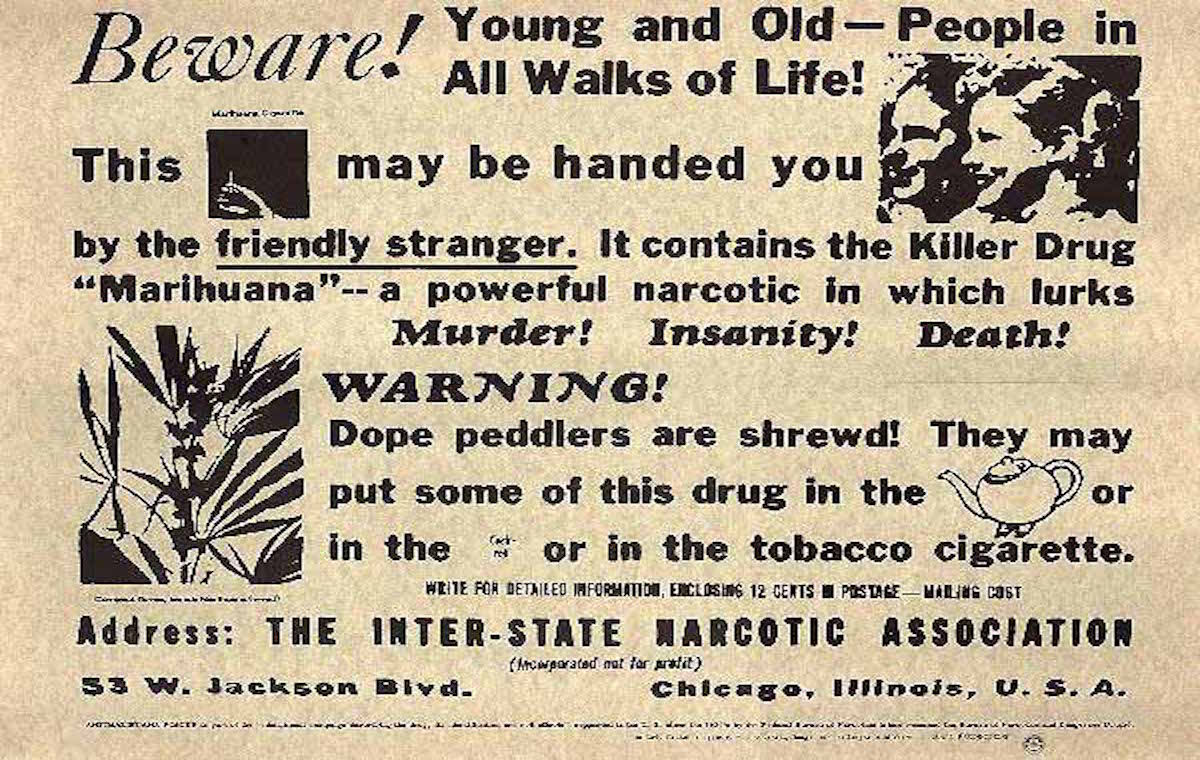 Before Ronald Reagan’s crusade against crack, and Richard Nixon’s war on drugs, there was the “reefer madness” campaign.

In the early 1900’s, cannabis was well-known as a plant with curative properties. It was listed in the U.S. Pharmacopoeia as medicine for over 100 illnesses.

But in 1930, Harry J. Anslinger was appointed commissioner of an entirely new department: the Federal Bureau of Narcotics, and he made it his job to take down the plant.

“He would drum up all kinds of scary stories,” says Martin Lee, author of Smoke Signals, A Social History of Marijuana. “About how smoking marijuana made white women lust for Black men or dark-skinned men, that it provoked a sexual contact along color lines.”

But the campaign wasn’t just about targeting the plant. In the first couple decades of the 1900’s, Americans were worried about the growing number of Mexicans driven north by the violence of the Mexican Revolution. And then, as the Great Depression dragged on, that fear grew and Americans blamed Mexicans for stealing U.S. jobs.

“It wasn’t about dangers of marijuana,” says Lee. “It’s a relatively benign herb, it was really about who was using it.”

Marijuana has gotten a bad rap over the years, and much of it was a propaganda campaign driven by the feds.

Listen to how the conversation about marijuana changed and was driven by the government over the decades.

Featured image: An advertisement distributed by the Federal Bureau of Narcotics in 1935 (Public Domain)