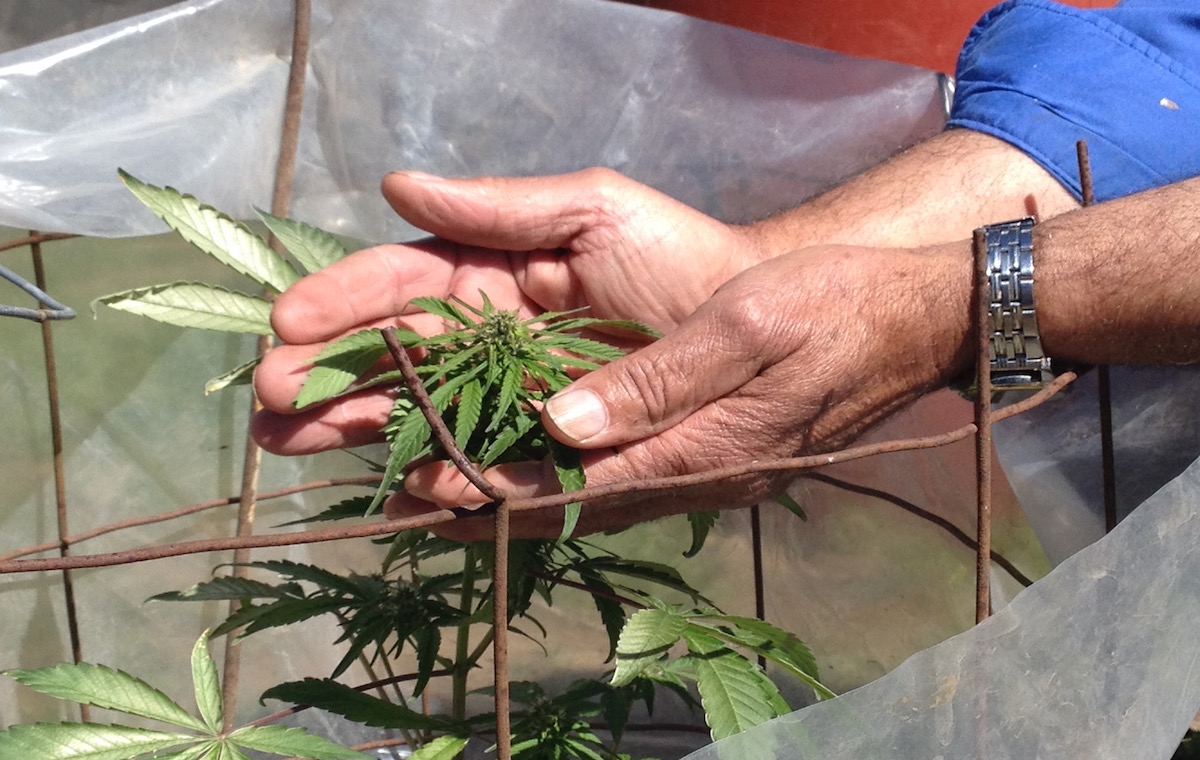 Juan is just another Mexican-American grandfather growing weed in California.

He does it like so many of his neighbors in Mendocino County —both white and Latino— because he doesn’t have many other options for making money these days. After 30 years as a logger, he can’t work anymore. He has been using his weed income to pay off his mortgage, cover his medical bills and take care of his family. Without it they would barely scrape by on his retirement checks.

“Thanks to these plants we can live better,” Juan said.

Patricia is also a weed farmer in California but from a younger generation. She fell in love with plants while spending her summers playing in grandmother’s garden in Puerto Rico.

She moved to California to work on an organic farm where she met her partner, a second-generation weed farmer, who with Patricia takes pride in growing organic cannabis from seed.

Juan and Patricia are both able to sell their weed because medical marijuana is legal in California. But the state is developing new rules to more strictly control this industry.

In November, Californians voters will go to the polls to decide whether to legalize the recreational use of weed, something that could open the floodgates for big farms to take over the market.

Patricia and Juan are worried about big companies taking over. They want cannabis to be legal, but they don’t want to see small farmers like themselves pushed out of business.

NOTE: Latino USA did use Juan and Patricia’s last names because of the legal grey area surrounding their story.