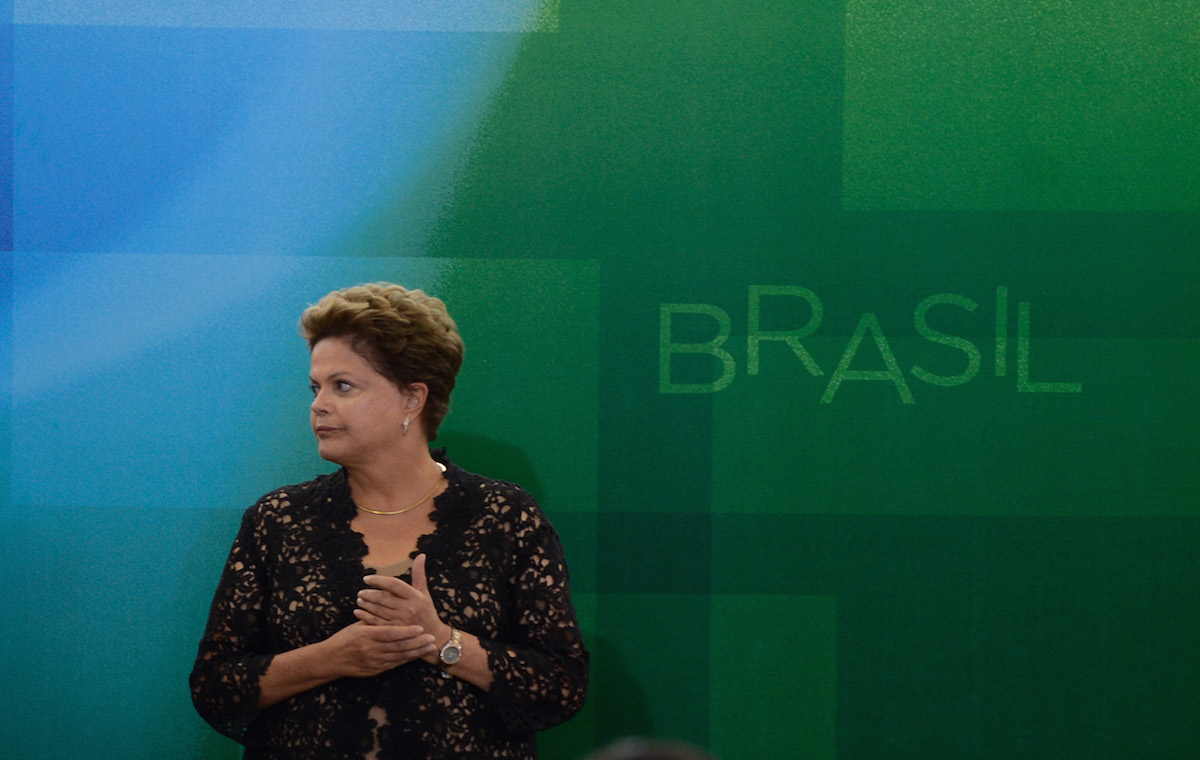 BRASÍLIA — Brazilian President Dilma Rousseff expressed indignation and disappointment during a national address on Monday, her first since Brazil’s Chamber of Deputies voted to impeach her minutes before midnight on Sunday.

“My dreams, and my rights, underwent torture,” a weary and downcast Rousseff said about the vote. By invoking torture, Rousseff explicitly referenced the torture she underwent in the 1970s, as a political prisoner during Brazil’s military dictatorship.

The impeachment petition against Rousseff stemmed from charges that she cooked the government books to conceal a significant budgetary deficit. In doing so, Reuters reports, she made Brazil’s budget appear healthier than it was during her re-election campaign.

On Monday, Rousseff recognized that her government intentionally delayed repayments to state lenders, but said that past presidents also engaged in the act known as fiscal backpedaling without being subjected to an impeachment process.

“My conscience is clear,” Rousseff said. “Did I commit these acts? Yes. But I did not commit them illegally. I have been treated in a way that others have not.”

Rousseff’s opponents have said that her predecessors never engaged in backpedaling on this scale, and that the act caused the government’s borrowing costs to rise, due to a loss of confidence among investors. Fiscal backpedaling, her opponents said, constituted an impeachable offense.

But Rousseff has not been charged in the wider Operation Carwash probe, which has uncovered a multi-billion-dollar kickback scheme at Petrobras, Brazil’s partially state-run oil behemoth. The probe has ensnared leading figures in her Workers’ Party, some of Brazil’s top industrialists and several of the politicians currently seeking her ouster.

Among those implicated in the Petrobras scheme are House Speaker Eduardo Cunha, who spearheaded the long-running impeachment effort in Congress, and Vice President Michel Temer, whom Rousseff accused of orchestrating her downfall.

“I do not face a single charge of misappropriating public funds. I find it an injustice that those who possess bank accounts abroad have presided over this process,” Rousseff said, taking a stab at Cunha. The house speaker faces a corruption probe over allegedly receiving a $5 million bribe and hiding the money in a Swiss bank account.

“I cannot understand how a Congress filled with people like Cunha, who faces a litany of charges, can lead a campaign against the president,” said Márcia Quadrado, 52, a Workers’ Party supporter who attended a pro-government demonstration in Brasília that occurred concurrently with the impeachment vote. “This Congress does not represent me.”

Quadrado was one of tens of thousands of Brazilians who took to the streets throughout the country to both protest and champion the impeachment vote. Some 79,000 people congregated in the capital’s Monumental Axis, according to estimates by the Military Police, with 26,000 supporting the president and 53,000 cheering on her opponents. Fearing clashes between both sides, authorities in Brasília had earlier in the week erected a 1km-long steel wall to separate pro- and anti-government demonstrators.

Rousseff said that she found it appalling that a vice president would conspire against the president. Temer has flagrantly angled for the top job in the past several weeks despite his own impeachment petition making its way through Brazil’s courts. He is the leader of the Brazilian Democratic Movement Party, whose split from the government coalition on March 29 comprised the strongest sign at the time that Rousseff would not survive an impeachment vote in Congress. Prior to the split, Temer had assembled a team of economists critical of Rousseff’s policies to advise him in the event that he became president, Brazilian newspaper Folha de S. Paulo reported. And six days before the impeachment vote, he released a 12-minute audio clip of himself practicing the acceptance speech he planned to give after Rousseff lost a crucial early decision. (He says he released the audio by mistake.)

“Nobody that displays this kind of behavior deserves respect,” Rousseff said on Monday. “Society does not like traitors.”

A total of 367 congressmen on Sunday voted to oust the president, compared to 137 who rejected the impeachment petition. (There were seven abstentions.) The impeachment effort required two-thirds of the 513 votes to pass. It reached the targeted number with less than an hour left before midnight.

“It is my honor that destiny has chosen me to deliver a rally cry of hope to millions of Brazilians,” said Congressman Bruno Araújo, before delivering the crucial 342th anti-Rousseff vote that officially impeached her. Araújo, like many who voted on Sunday, faces charges of corruption.

The effort to impeach Rousseff now moves to the Senate, which will decide on whether to put her on trial. On Monday, Cunha hand-delivered the successful impeachment vote to Senate leader Renan Calheiros.

If the Senate votes to instate a trial, Rousseff will be forced to step down for up to 180 days until her fate is determined. Temer then becomes interim president.

Temer is not popular among voters. A poll in March by Datafolha found that a staggering one percent of Brazilians would vote for him if he ran for president.

“This is the first step,” said Yuri Carraro, 27, one of the thousands of demonstrators supporting the impeachment process, “but it’s not the solution. Temer is crooked; the PMDB is crooked. What I hope for is political reform and a new election, so that people can choose new leaders.”

An earlier version of this article appeared in the Latin America News Dispatch.